There has been a lot written recently about the fundamental drivers moving the British pound and euro currencies. The economic numbers out of Europe have shown a considerable slow-down in growth and the resolution of Brexit appears to be getting more uncertain, creating the expectation of an unruly British exit from the Continent.

The QuantCycle Oscillator indicates that the EUR/GBP pair has moved into bullish territory while both have fallen into an extreme oversold area on both the daily and weekly charts. 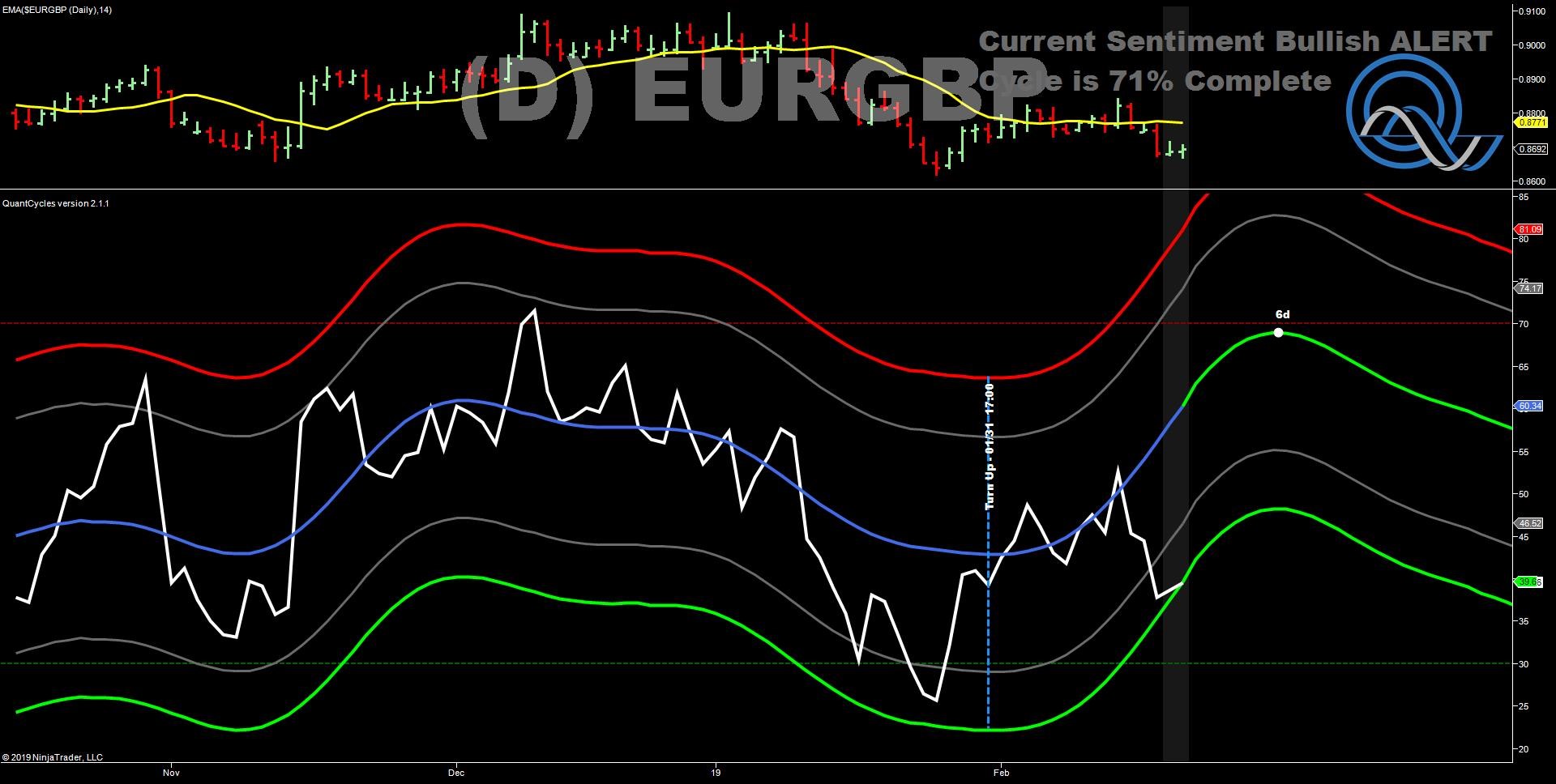 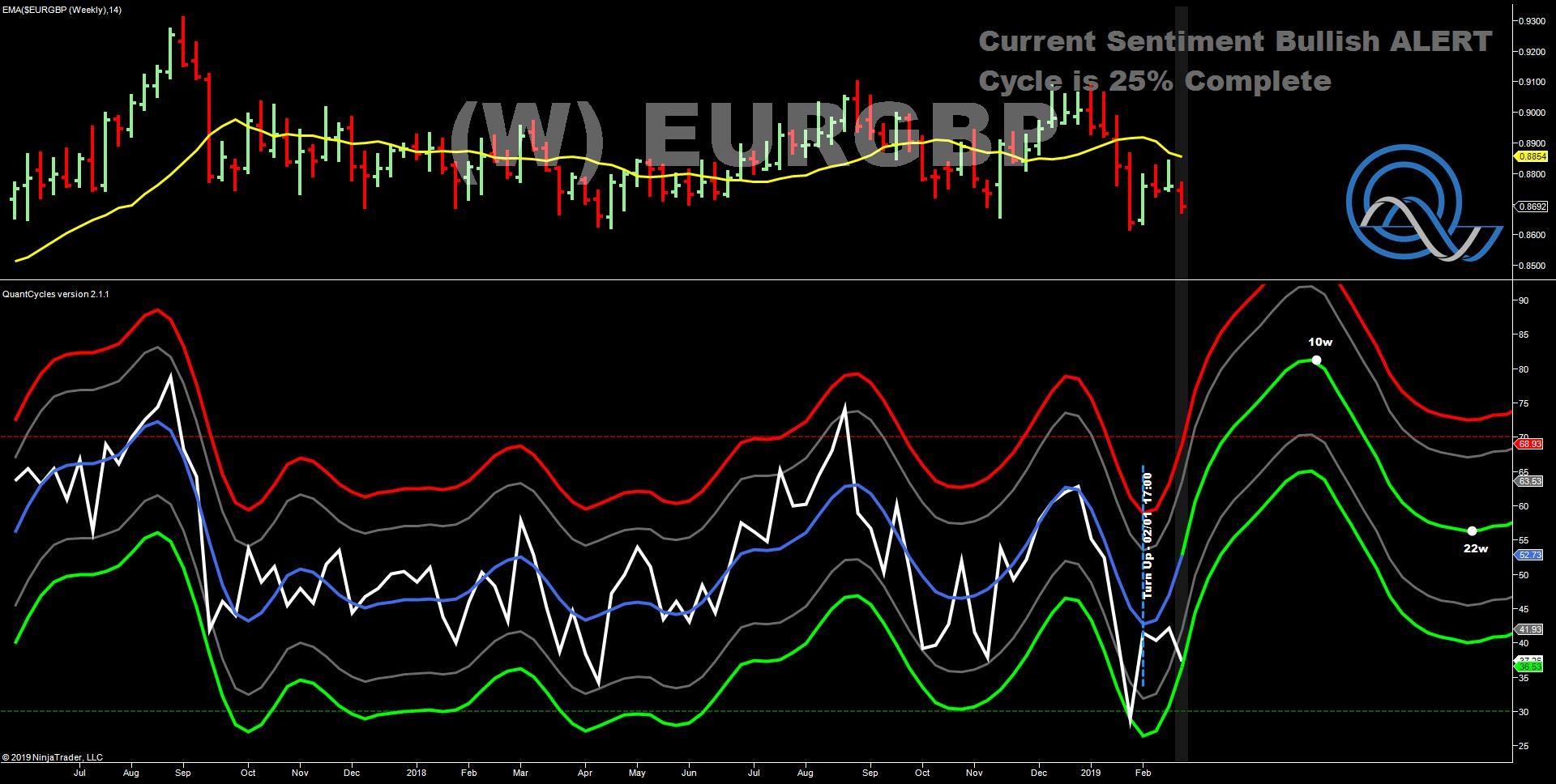 This is a rare opportunity of fundamental and technical/cyclical convergence. The weekly charts expects a long-term move higher for the pair, lasting close to 10 weeks. The daily QuantCycle indicates that traders may want to take profits off of their long position in about a week’s time, but given what the weekly is indicating, it would make sense to hang on to at least a portion of those long positions. The daily chart indicates that if you are late, there may be an opportunity to get long if the pair attempts to test its 2019 low before moving higher. But you don’t want to miss the opportunity.