This Large Options Trade Should Yield 12.8%

Many traders who don’t spend a lot of time using options assume that most options trades are short-term in nature. While it’s true that many options trades expire in 30 days or less, you can design options trade for any timeframe, including long-term activity. In fact, the beauty of options is that you can design trades with precision, which includes time.

Long-term block trades (large LEAP trades) can give you an idea of what large institutions or funds may think about certain companies or ETFs over the long haul. For instance, someone recently placed a large collar trade on Ford (F).

The key to this particular collar is the covered call portion of the trade – the long stock and the short calls. Buying 450,000 of Ford stock for $9.48 with calls that are short at 10 means the stock position can generate 52¢ in share appreciation. That’s 5.5% upside potential over the next year, or $234,000.

So, if you count the short call and the dividend, this trade will generate a 12.8% yield in just over year with the Ford shares serving as collateral. Plus, Ford does have 5.5% in stock appreciation potential as well.

However, some of that yield is likely to go away because 10¢ in premium was spent on the third leg of the trade, the 5 puts (also expiring in just over a year). Most likely these puts will expire worthless, meaning the total income collected from the entire position will be $45,000 less than stated above.

So why buy those puts in the first place? In some collars, the puts are bought much closer to the actual price of the stock and the short calls are used to finance them (for downside protection). In this case, the 5 puts are more of an emergency risk vehicle.

Just in case Ford tanks below $5, the shares will be covered against catastrophic losses. More likely though, the put owner will look to sell those puts out on any sort of sharp down move and just collect more than the 10¢ paid upfront. 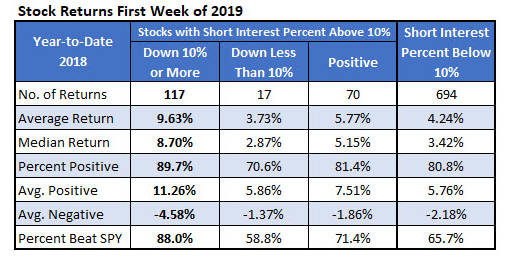 Like noted above, this is mostly a covered call trade with some catastrophe insurance attached. Still, it qualifies as a collar trade. It’s easily the sort of thing you can do in your own account if you own Ford shares or want to buy Ford for the yield potential.

This trader isn’t all that interested in Ford’s upside potential and likely assumes the stock is going sideways for the next year. However, you could easily move your short call strike higher if you want to generate less in income but give your trade more share appreciation potential.

A long straddle position can benefit on increased volatility in either direction, reports Dan Keegan...

There was a very large options trade recently in Bloom Energy (BE), which stood out for a stock that...