Stock Indexes Successful 2019 Patterns Ready for Next Leg Up

In July we highlighted bullish V-patterns in the major stock indexes. These patterns could be preparing for the next leg up, writes Suri Duddella.

Here we update those four charts as they reached its first target zones and describe its potential to reach its next targets.

As the name implies, the "V" chart patterns have the letter "V" shape and prices shift their momentum from an aggressive sell-off to aggressive rally in its structure. It is relatively a rare pattern with extreme angles and maybe not easy to recognize until it is mostly formed, which is why we do not attempt to predict the initial reversal. The V-Pattern is a powerful reversal pattern seen in all markets, all time-frames and in all instruments. The "V" pattern consists of rapid price action and may not be suited for all casual investors. The "V" patterns are formed when its trend is sharply switched from bearish to bullish (in case of V-Bottom) or bullish (or sideways) to bearish (in case of V-Top patterns).

The critical aspect of the V pattern is it must have a sharp downtrend followed by a quick and sharp uptrend reversal. Look for a one- to three-bar reversals at the bottom of the pattern to signify the sharp reversal process. The volume increases during both the phases of the breakdown (down-shift momentum) and breakout (up-shift momentum). There are a few ways to trade this pattern, but the most conservative way is to trade a long entry once the pattern is complete and retraced back to the neckline (as a pullback). 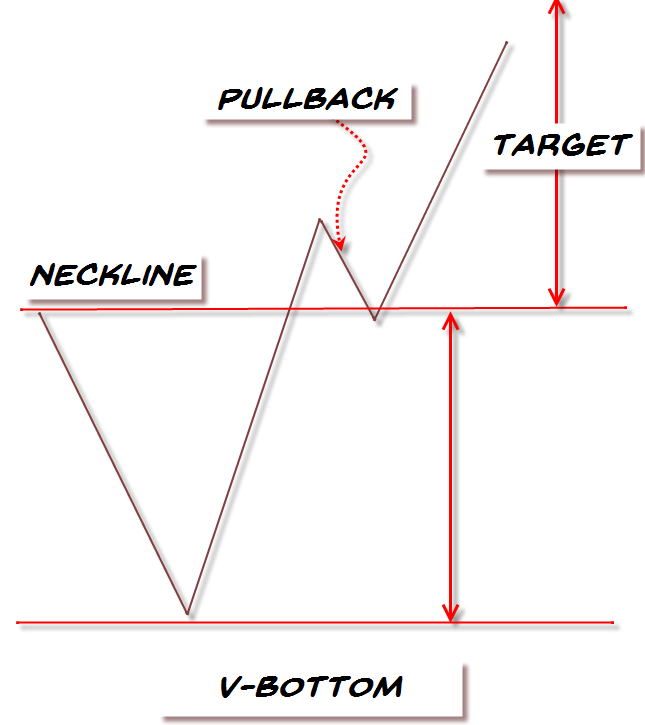 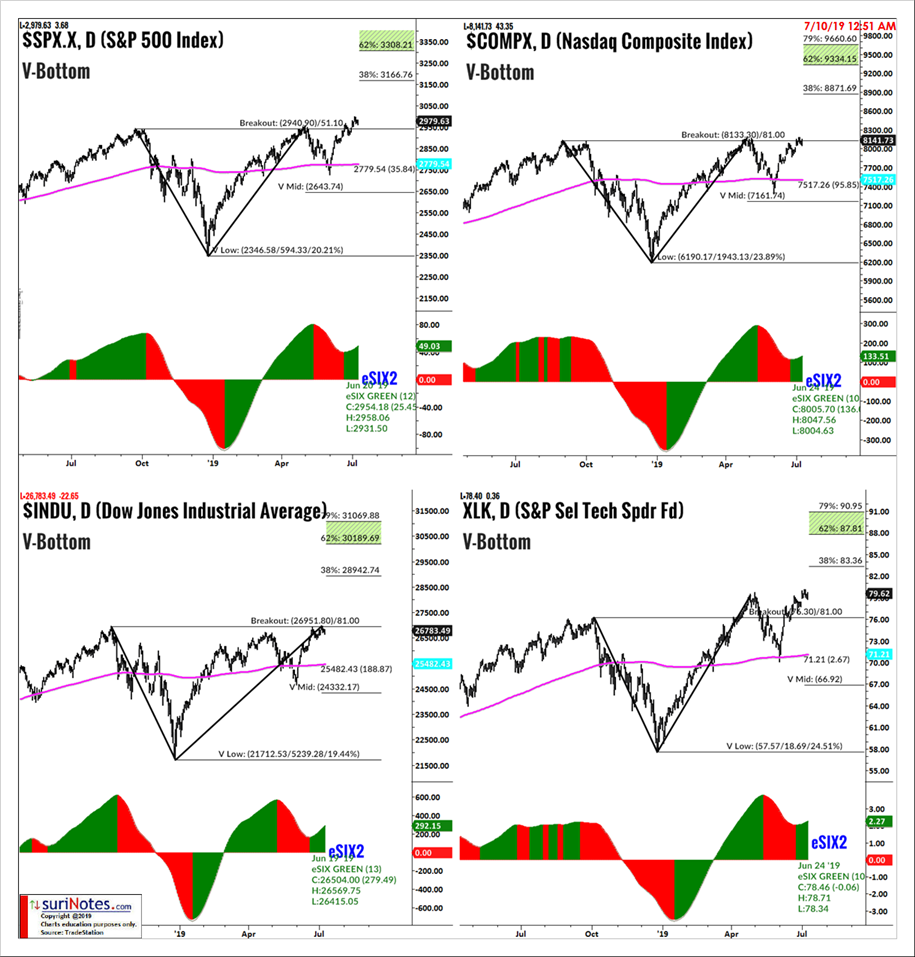 The following charts show the same indexes with V-Bottom patterns and their targets on Feb. 15, 2020. 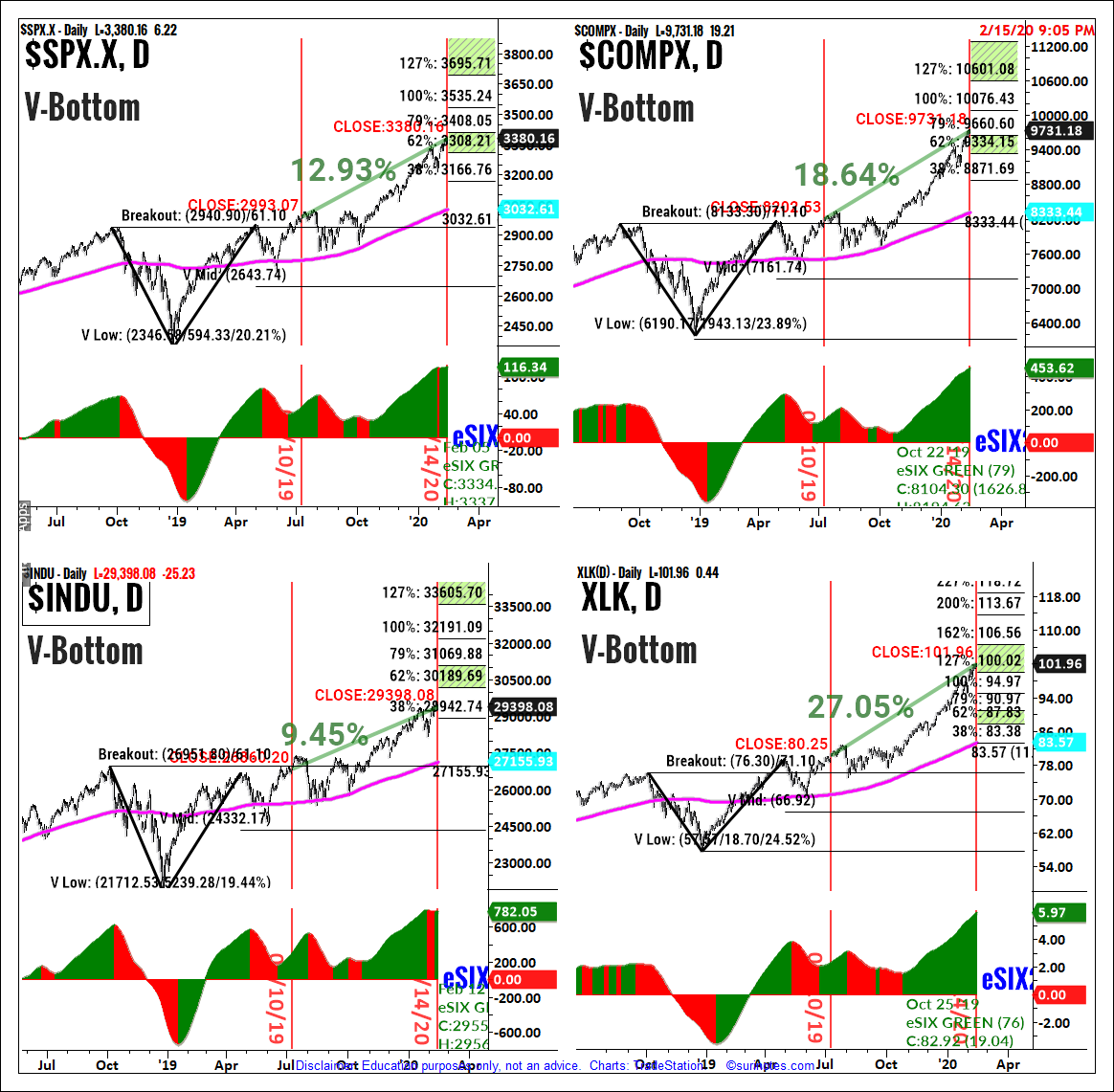 Here’s a bullish S&P play with protection for those traders who think yesterday’s ra...

Financial technology, or fintech, is a relatively new and growing part of the market, explains Jim W...

The increasing ability of human beings to treat formerly lethal diseases has had a massive effect on...