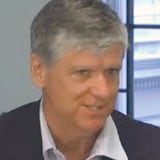 Here’s a bullish S&P play with protection for those traders who think yesterday’s rally will continue, from Dan Keegan.

You could buy SPY here, but that doesn’t give you much leverage and leaves you very exposed to the downside. You could buy the SPY April 9 258 calls 10 times at $6.75. That gives you a maximum loss of $6,750.00. Your upside breakeven point is 264.75. Above that price point it is pure gravy that never stops giving. There are, however, arguments against that trade. There are only 16 days left until expiration, 13 of them trading days. The time value is near historic highs so every day there is huge decay in the premium. If the market stabilizes then premium levels can come crashing down.

A safer trade that gives up some of the home run upside is a bullish vertical spread. You can add a sale of the April 9 263 calls at $5.05. That gives you a net premium of a $1.70 debit. Since the debit of the call purchase is nearly four times that of the spread you can afford to establish a bigger position with the spread. If you buy the spread 30 times then your maximum loss is $5,100, still less than the call buy. Your breakeven point is also much lower at 259.70, 5.05 points lower than the call purchase. You have bought a five-point spread so its maximum value is $5.00. That means your maximum profit is $3.30 or $9,900, while the call buyer’s possible profit is unlimited. There is much less worry regarding premium decay with the spread. The short call of the spread is decaying as well as the long call, so you would be less likely to be smoked out of the trade early. A drop in the premium levels will also be much less harmful.

You can adjust either trade but it’s always easier to adjust a spread. Let’s say that SPY opens down three points. With a day of decay, in addition to the adverse movement in the underlying a good estimate of the prices for the 258 and 263 calls would be $5.35 and $3.86, respectively. That would be a loss of 63¢ (3 x 21¢) on the spread and a loss of $1.05 on the call purchase. The spreader can make an adjustment and buy 15 April 9 268 calls at $2.99 and sell out 15 of their 258 calls at 5.35. Selling that spread converts your bullish vertical into a bullish butterfly. The spreader has reduced the maximum loss to $1,560, while still being in the game should SPY rebound. There would undoubtedly be more adjustments ahead but with the spread position you are not playing a desperate game of catch up.