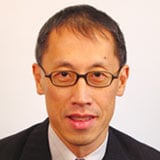 Abbott Laboratories (ABT) is investing to drive future growth. The company has launched a range of products over the past 18 months that have become meaningful contributors to revenue, asserts David Toung, an analyst with the leading independent research firm, Argus Research.

It is also supporting these products through increased marketing spending and acquiring new growth platforms. Within Diabetes Care, the Freestyle Libre continues perform well following its launch in October 2017.

Freestyle Libre is a wearable, sensor-based continuous blood glucose monitoring system. An advance over other self-monitoring products that does not require finger sticks, the Libre has received CE Mark certification for its next-generation system, which will allow it to be marketed in the EU.

The Libre helped drive revenue in the Diabetes Care segment to $530 million in 4Q18, an increase of 32%. Abbott has expanded production of the Libre in order to meet demand from patients with Type 2 as well as Type 1 diabetes.

Within electrophysiology, sales have been driven by strong demand for cardiac mapping and ablation catheters. Within the structural heart business, sales drivers include the Amplatzer PFO Occluder and the MitraClip, which is used to repair leaky heart valves.

ABT shares trade at 19.4-times our 2020 EPS estimate, above the average multiple of 17.6 for our coverage universe of med-tech stocks.

Through increased marketing spending, Abbott is supporting new growth drivers such as the FreeStyle Libre and the Alinity diagnostic system. It is also building new growth platforms by integrating the acquisitions of St. Jude Medical and Alere.

We believe that these factors, along with management’s strong record of execution, merit a premium valuation. We are reiterating our "buy" rating with a revised price target of $90.