Delta Soars with a 5-Star Rating 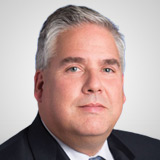 We expect Delta to benefit in 2019 from a strong demand environment that should lead to rising fares and improved revenues, while at the same time we think fuel costs, DAL’s second largest cost category after labor costs, are likely to decline on lower oil prices.

Delta Air Lines is the third largest U.S. airline, as measured by revenues and revenue passenger miles (RPMs, a proxy for how many people are flying).

The company gets a larger percentage of its revenues from business travelers than peers, which allows Delta to generate better financial results than the peer average in terms of revenues per available seat mile, or RASM.

Delta CEO Ed Bastian spoke at an industry conference on March 5 and reiterated that DAL's prior guidance of 4%-6% Q1 RASM growth and its 2019 EPS guidance of $6.00-7.00 per share remains intact. The company is seeing strong demand among both leisure and business customers.

We expect the company to benefit not only from strong demand, but also from an increasingly diverse revenue base as DAL sells ancillary revenues including seat assignments, baggage fees, ticket change fees and other unbundled items that used to come free, but that DAL and other airlines now charge flyers.

DAL reported its February traffic numbers on March 2, and said it carried 13.3 million passengers, a record for the month of February. Overall DAL saw 2.9% higher RPMS on 3.4% higher capacity, which drove a 0.4% degradation in its passenger load factor (PLF, a measure of how full flights are, on average).

We think DAL is purposefully sacrificing its PLF number in order to drive unit revenues higher. With total system PLF above 80%, we think that DAL is in a good position to attempt further fare increases, as flights are already pretty full.

You can raise fares in several different ways. One, by increasing fares; two, by holding more seats for later bookers, who tend to pay more; and three, by increasing the percentage of business travel seats you sell, which raises your average selling price as business and first-class seats cost quite a bit more.

We expect Delta to pull on all three of these levers in an attempt to raise unit revenues, and the company’s overall Q1 guidance is likely to be significantly higher than the peer average, we think.

Our 12-month target price of $70 values the shares at an Enterprise Value-to-EBITDAR (EBITDA plus aircraft rent, a way to equalize those airlines that mortgage planes with those that lease them) multiple of 7x our ’19 estimate on this metric.

We also note that Delta shares currently sport a dividend yield near 2.8%, well above the peer average, as the company uses its cash generating abilities to provide an income component to shareholders.

Ben Reynolds is a leading specialist on income investing. Here, the editor of Sure Dividend reviews ...

Richard Branson’s sale of 2.6 million shares has taken some steam out of the story at Virgin G...