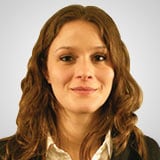 Natural gas name Energy Transfer Partners (ETP) has been choppy on the charts in 2018, having spent most of the year bouncing between resistance around $19.50 (site of the stock’s August 2017 bear gap) and support near $15.50 (which marked lows in November before providing a floor in March). 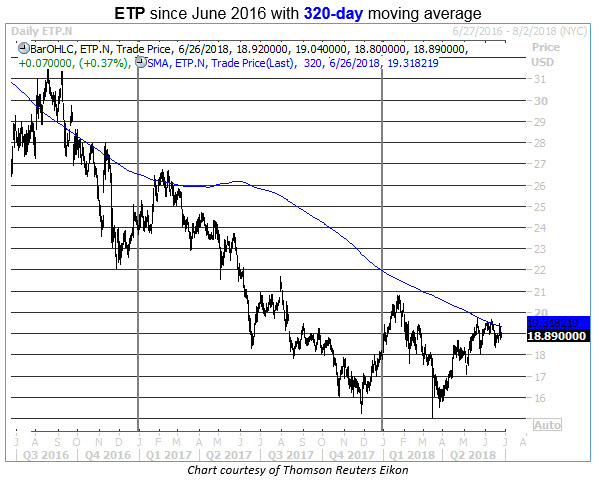 And it’s only been within the past month that ETP has managed to establish a foothold above its year-to-date breakeven level at $17.92. Based on the stock’s recent run-in with a historically significant moving average, right now looks like a good time to sell ETP’s latest rally to the upper rail of its trading range.

Specifically, ETP’s 320-day moving average just descended through the aforementioned $19.50 region, and currently sits at $19.32. This trendline, which captures a longer time frame than the widely followed 200-day, has kept a tight lid on the equity’s progress since late May.

Despite multiple challenges, ETP has managed just two daily closes above its 320-day over the past month, with each of these “successes” quickly followed by a sharp move lower in the next session.

Data from Schaeffer's Senior Quantitative Analyst Rocky White confirms that ETP tends to struggle after meeting up with resistance at its 320-day moving average. Over the past three years, there have been five occasions where ETP has traded up to within one standard deviation of this trendline after a lengthy stretch below it (lengthy meaning the stock has traded beneath it at least 60% of the time in the previous two months, and in eight out of the last 10 trading days).

Looking at the ETP returns one month after a signal, the stock has been negative 80% of the time, and the average return for that post-signal month is a loss of 4.37%.

A distinct lack of negativity toward ETP among analysts and investors could also contribute to short-term downside, as expectations seem remarkably high toward this long-term underperformer (down 29% over the past two years). For example, 80% of analysts call the stock a Buy or Strong Buy, leaving plenty of room for future downgrades as the price action continues to disappoint.

Elsewhere, many short sellers have already cashed out of their winning bets on ETP, with short interest down 43.5% over the past two reporting periods. That means there’s not much left in the way of short-covering support left to tap. Short interest now accounts for less than 1% of ETP’s float, resulting in an extremely slim short interest ratio of just 1.7 days to cover.

Fortunately, it’s an ideal time to buy short-term ETP options. The equity’s Schaeffer's Volatility Index (SVI) -- a measure of front-month, near-the-money implied volatility levels -- checks in at 27%, which registers in the low 9th percentile of its annual range. This means front-month options on ETP have rarely been cheaper over the last 52 weeks, from a volatility standpoint -- so speculators anticipating a quick move lower can reap the maximum possible leverage from their put purchases.