The rally in precious metals has pushed the sector into overbought territory, reports John Rawlins.

In periods of uncertainty and volatility, investors often turn to precious metals as a value play. When some folks think the world is going to end, they believe only metal money will work.

Also, precious metals are seen as the ultimate inflation hedge, and with the Federal Reserve pouring multiple trillions (yes trillions) into the economy, that may create some inflation.

With that we decided to look at the Philadelphia SE Gold/Silver Index (XAU).

XAU broke and rallied along with stocks in reaction to the spread of the Coronavirus. It did, however, take out its pre-crash high and is now overbought.

Looking at the QuantCycles weekly oscillator shows that XAU is in major overbought territory (see below). 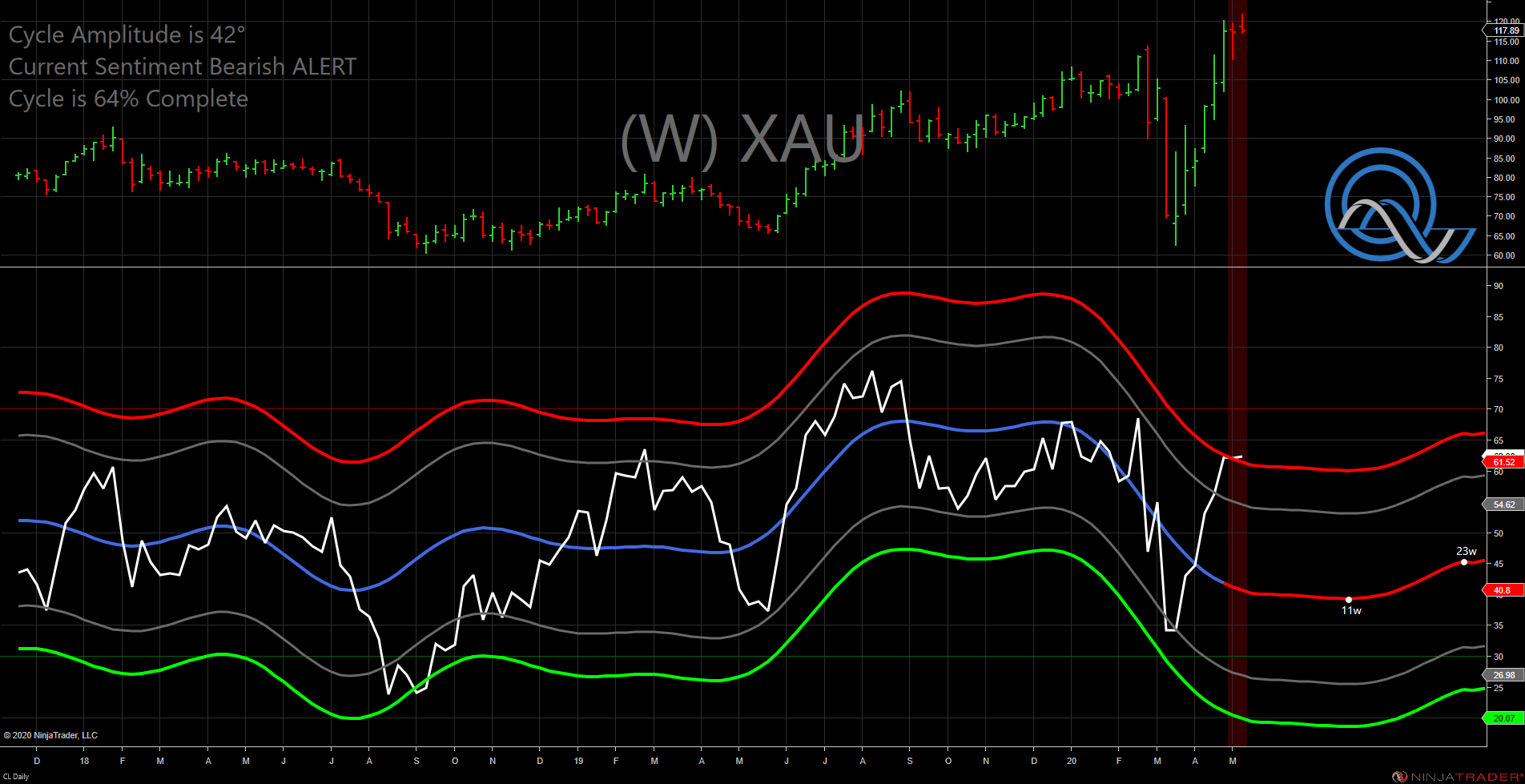 The long-term oscillator has XAU in a downtrend going back months that was interrupted by the recent spike. That is what pushed it into the major overbought zone. It is expected to go move lower for several months and will do so from the overbought level.

The daily oscillator indicates that traders have a little time to pull the trigger, but broadly confirms the sell signal (see below).

As you can see, the oscillator indicates that XAU could move higher before taking a deep dive for several weeks. This allows traders to find the best place to short.