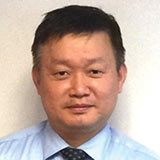 Joon Choi, who recommended the crude oil based USO ETF in May, says its time to take profits.

As major U.S. large cap Stock indices are at or close to new highs, there is a major sector that is still well below its high this year.  At $42.21, West Texas Intermediate (WTI) crude oil is still 33% lower than its $63.23 high in January prior to the Covid-19 pandemic.  In a May article, I recommended buying the United States Oil Fund LP (USO) on bullish technicals and I want to update you on this issue.

The USO daily chart (Chart 1 as of May 5, 2020) shows price lows from the end of March to May while the 12-26 day MACD put in higher lows during the same period.  The positive divergence in this chart led me to set the price target at a resistance level of $32; almost 50% upside. 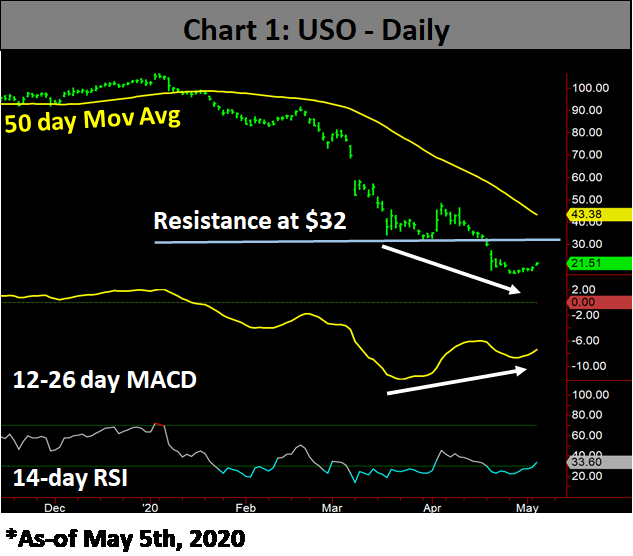 In addition, USO weekly prices formed a positive divergence versus its 14-week relative strength index (RSI).  The weekly MACD had yet to turn up, which indicated the ETF was in the early stage of its potential rally and may possess a quick profit potential (see chart 2 below).  I had a target price of $48 for the next few months; almost a 123% appreciation from its May 5 close. 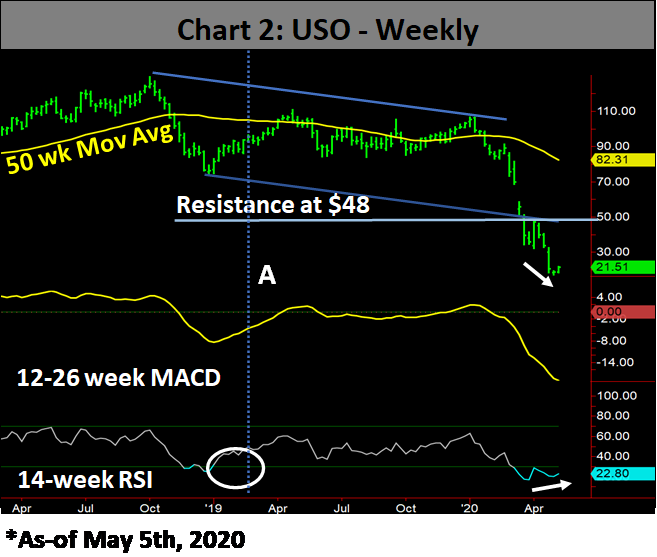 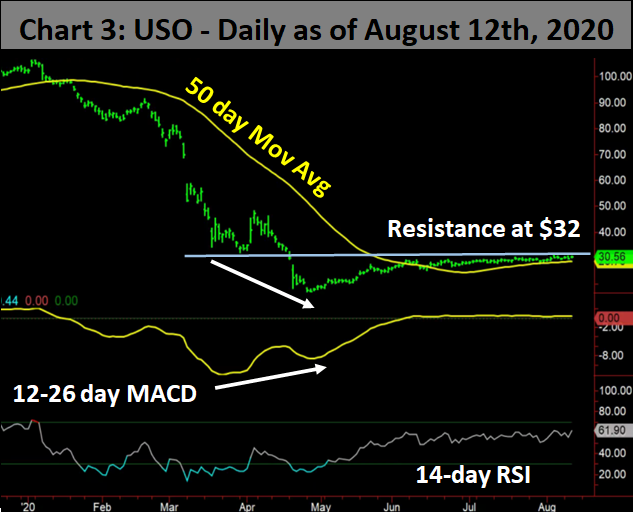 Potential economic shutdowns arising from students prematurely returning to school in the fall may serve as a headwind for oil prices.  In addition, there are few more reasons why oil prices may have topped for the foreseeable future:

It is anyone’s guess how the current pandemic will turn out but there are shifts in corporate strategies as well as people’s behavior (i.e. electric cars over gas cars and less air travel).  This will negatively impact oil demand while the supply is not likely to change.  I believe we have seen the oil price top for the foreseeable future and I recommend selling USO and taking your profits.

Sponsored Content - Furie installed the first platform in the Cook Inlet in over 20 years and became...

Sponsored content — We highlight the history of the of discoveries and production in the Cook ...