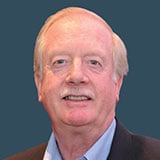 The broad market, as measured by S&P 500 (SPX), finally reached a new all-time closing high this past week, at 3626 on Tuesday. It was unable to hold that level and has now fallen back a bit, asserts Larry McMillan of Option Strategist.

In fact, it has closed back below the old September highs of 3588. That in itself is not a problem, but if SPX were to close below 3500, that would be bearish. There has been plenty of call buying this past week, despite the struggles of SPX to maintain new highs. The computer analysis still contends that these are on sell signals, but I am not too enthusiastic about that. To me, the sell signals won't be in full "bloom" until these ratios are rising, which they currently are not.

Breadth has been strong again, and it remains one of the more bullish factors in the current market. Both breadth oscillators are on buy signals and in modestly overbought territory. Volatility has been fairly bullish as well. The VIX "spike peak" buy signal of October 29 remains in place. It will "expire" in late November, unless it is stopped out first (by VIX returning to "spiking" mode). Moreover, both VIX and its 20-day moving average remain well below the still-rising 200-day MA. That is bullish for stocks, too.

There may be signals on both sides of the market. However, the "big" picture is fairly simple right now: maintain a bullish stance unless SPX closes below 3500.