A few queries have come in about the current trigger on the Daily Help Strategy and I’ve answered them individually, but most were asking the same question so I thought a review would be helpful, writes Ian Murphy of MurphyTrading.com. 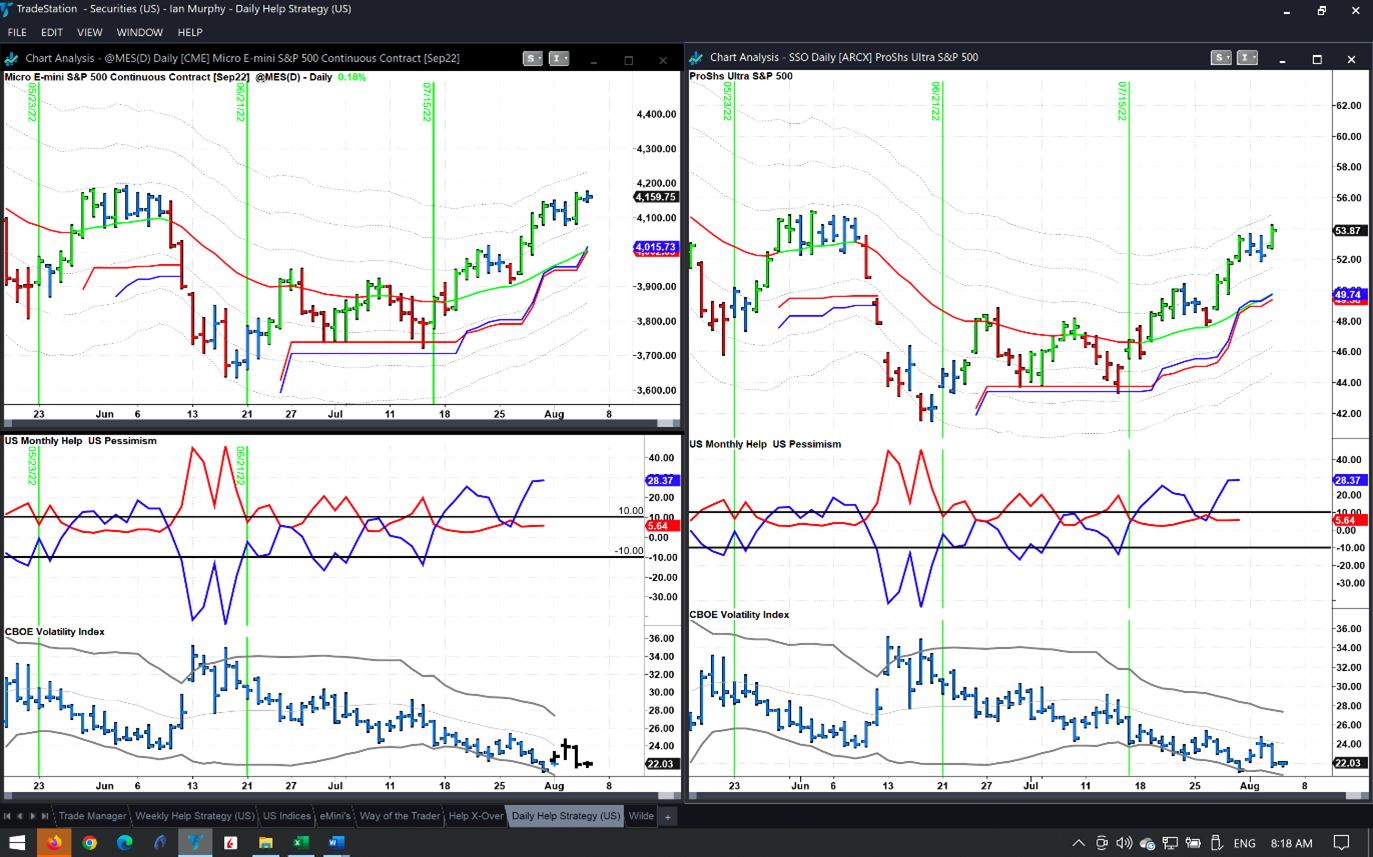 The Daily Note on July 18 explored the dilemma at the time of entry as follows, “Technically we are in a bear market so we should sit this one out. But it was a picture-perfect trigger, and if the bear market is ending, this could be the most profitable trigger of the year. What to do?”

Those who decided the trigger was too good to ignore and took the trade have been handsomely rewarded. The position was up 15.4% at yesterday’s close with the trailing stop at $49.74 on ProShares Ultra S&P500 2x Shares (SSO) (right chart above). Now attention turns to the exit and the question of whether we should continue to use the trailing stop or close out the position now at the 3ATR area where the S&P 500 (SPX) can be expected to reverse.

The dilemma facing us now is almost the same as the day of the entry because the process of trading is a series of recurring decisions where we are always faced with the same options.

A few things to consider: If you have carried a full position to this point, scaling out part of the position at this time would be a wise move—nobody ever went bankrupt taking a profit! If you have already scaled out, there is no harm in sticking with the trailing stop as there may be more to run and you are already in profit—much more than was expected on the day of entry.