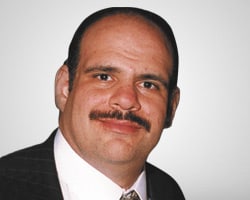 Vice President of Research and Development

Murray Ruggiero is the vice president of research and development for TradersStudio and the president of Ruggiero Associates, a firm that specializes in the development and testing of market timing applications using state-of-the-art computer technologies and the vice president of research and development for TradersStudio, Inc. Mr. Ruggiero is one of the world's foremost experts on using intermarket and trend analysis to locate and confirm developing price moves in the markets. Those who know the value of his amazing work have called him "The Einstein of Wall Street." Mr. Ruggiero is the author of Cybernetic Trading, which was a bestseller among systems traders, analysts, and money managers. He also co-wrote Traders Secrets, has been featured in Business Week magazine as one of the nation's leading experts on using neural networks in finance and investing, and been a contributing editor to Futures magazine since 1994. Mr. Ruggiero received a degree in astrophysics and after college worked on neural net and Artificial Intelligence systems for application in the investment arena, later receiving a patent in his name for embedding a neural network into a spreadsheet.