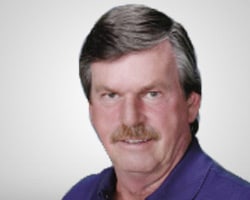 Andrew Cardwell, president of Cardwell RSI EDGE, Inc., began his trading career in 1978 as a broker with McCormick Commodities. In 1981, he left the brokerage business to devote his time to the study of technical analysis and to develop a trading program and model around the relative strength index. Today, Mr. Cardwell provides consultation and commentary for his RSI course students and his Cardwell Private Client Group. He has taught his proprietary RSI Basic and RSI EDGE courses to individual traders, brokers, money managers, and technical analysts from around the globe. More than 70% of Mr. Cardwell's students have been referrals, and he has students in 27 countries. As a very respected and sought-after lecturer, he has presented at some of the most prestigious worldwide financial conferences. From 1990 to 1995, he provided weekly market commentary for the Financial News Network and has also appeared on CNBC, providing opinions based on his RSI experience. During an appearance on FNN, John Bollinger referred to Mr. Cardwell as "Dr. RSI." His articles have been published in Futures magazine and by Knight-Ridder News Service. Mr. Cardwell was featured in the Commodity Traders Consumer Reports "Trader Profile" series, where Bruce Babcock referred to him as "the world's leading authority on the RSI."