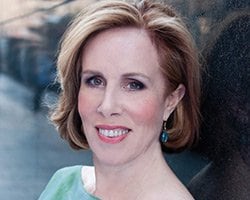 Denise K. Shull MA, decision coach and performance architect, leverages her training in psychological science to solve the challenges of mental mistakes, confidence crises and slumps in Olympic athletes and Wall Street traders. She is known for her uncanny effectiveness in coaching, training, and assessing for the X factor of human performance under pressure. A former trader and trading desk manager, Ms. Shull's Wall Street career began in 1994 with traders from the Chicago Board Options Exchange. She then ran two equities desks before becoming a member of the Chicago Mercantile Exchange. In 2004, she also began translating neuroeconomics, the new science of the brain and risk, into investing and trading profits at banks, hedge funds, and proprietary trading firms. Her 2012 book, Market Mind Games, has been described as the "best of its genre" and a "Rosetta Stone of trading psychology". In 2015, Ms. Shull was invited to consult on Showtime's drama BILLIONS and in 2016, Bloomberg's Tradebook delivered their trader brain exercise game based on her work.

Denise Shull, the author of Market Mind Games, will be interviewed by John Netto in a fireside chat....

View All from Denise Shull