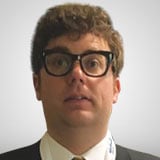 As long as investors remain selective, there are more opportunities in the MLP sector, suggests Peter Staas of Capitalist Times. Here, he looks at spinoffs and takeovers, along with some favorite ideas to benefit from rising US exports.

Steve Halpern: We are here today with Peter Staas, editor of Capitalist Times. How are you doing today Peter?

Peter Staas: I'm doing great, Steve. Thanks again for having me.

Steve Halpern: You've spent a lot of time researching the world of master limited partnerships, looking at both the potential risks and rewards. First, looking at the risks, some observers worry that the MLP sector has become overvalued and others even worry that tax law changes could hurt the sector. What are your views of these concerns?

Peter Staas: I think that valuation is probably more of a near term concern for investors. I think one of the problems we see in the MLP space, in terms of how investors perceive it, is that there is an ordinate focus on the tax advantages associated with this security class, and also, the above-average yield offered.

And I think because of that focus, people sort of forget that these are actual operating businesses. And I think at this stage in the game, if you look at the MLP sector's total returns over the past five years, a lot of that was generated in the immediate aftermath of the financial crisis and market implosion.

In 2009 and 2010, MLPs outperformed massively. They survived without cutting distributions. The story of what was going on in the shale, oil, and gas space wasn't as well understood at that point. I think now people have caught onto that.

People know the best names in the space and investors need to be a lot more valuation-conscious. They just need to be patient and they need to remember that some of these names have a high valuation.

As for the tax question, you can't say with a certainty, that the tax treatment of MLPs won't change at some point over the next decade, or whatever.

At the same time, the shale, oil, and gas revolution is generating real job growth in the US. If you look at the Bureau of Labor Statistics, employment trends based on sector employment, employment related to oil and gas extraction has increased by 22% over the past three years.

You are also seeing that uptick in economic activity translating into other parts of the economy. A lot of the infrastructures that these MLPs own, and are building, are really critical to the shale, oil, and gas revolution. I don't think that over the next several years, you are really going to see there's much risk of a tax change.

It is something to keep an eye on and you don't want to overweight. You want to have a balanced portfolio, and that would be a reason not to just own a portfolio of MLPs, for example.

Steve Halpern: On the rewards side of the equation, you've been looking particularly towards value-oriented situations and you focused on a select number of MLPs that could become takeover targets. What are you looking at there?

Peter Staas: Steve, the last time we talked, I mentioned a number of merger and acquisition trends in the sector and some names that would be potential takeover candidates. One of those names, PVR Partners (PVR) was recently bought out by Regency Energy Partners (RGP), which worked out well for people that held that stock.

I think we're going to see more of that trend and more names in play for the next two and three quarters. Recently, Devon Energy Corp. (DVN), which is a larger oil and gas producer, and they had talked about spinning-off their midstream assets as part of an MLP and IPO-ing it.

What they did instead was they bought Crosstex Energy (XTXI); investors in that name had a nice premium in the stock. They bought the general partner and then the master limited partnership Crosstex Energy LP (XTEX), and that stock also has got a nice pop.

I think we could see more situations like that with a company called CenterPoint Energy (CNP); they own some utility assets and other stuff, but they talked about spinning out as an MLP during their third quarter conference call on management.

They indicated that they were evaluating exactly how they would do that and sort of, the subtext was that, they might look at following the game plan that Devon Energy just executed, which would make sense.

They planned to do their MLP spinoff with—cooperating with a private equity company that recently bought the general partner of American Midstream Partners LP (AMID).

That could be a potential situation where CenterPoint Energy could get involved with that and save themselves the time, expense, and hassle of IPO-ing those assets.

As we're looking at takeover targets in the MLP space right now, I think the most interesting one would be TransMontaigne Partners (TLP), a name we mentioned last time.

They've got a joint venture with Kinder Morgan Energy Partners (KMP) and they have a few terminals on the Gulf Coast that are going to start contributing to their distributable cash flow in the first quarter.

TLP is sort of an under-owned name and I think that the cash flow growth and likely distribution growth from these new assets could attract more attention to that name.

NuStar Energy LP (NS), the MLP, and NuStar GP Holdings (NSH) would be two names worth looking at. Both have kind of fallen on hard times and after this, investors are getting involved and really pushing hard for the sale of that company.

I would say that the NuStar names aren't really suitable for buy and hold investors just looking to build wealth by collecting a regular distribution, but it could be a nice event for the name, for people looking for some alpha.

Steve Halpern: Now finally, you have been bullish on US energy exports. Maybe you can give us a few names of how investors could profit from what you see happening there.

NEXT PAGE: Energy Exports to Watch

Peter Staas: The one thing that we have talked about a lot is that there has sort of been this inordinate focus on US exports and natural gas, which admittedly is a very, very big story, but a lot of people have been attracted to Cheniere Energy Partners (CQP).

They've been attracted to that name because they sort of have first-mover status, in terms of getting approval to export to countries with which we don't necessarily have a free trade agreement. The thing with that name is, once they bring their export capacity on stream, what is the upside after that?

They do have some exposure to equity volumes of liquefied natural gas that they potentially can trade and maybe make a little bit more margin. It just seems like that name is overbought, and there isn't really enough upside, and we don't see a ton of upside for this stock.

The promise of US natural gas exports definitely appeals to people, but there are ways for people to profit from US energy exports today.

For example, we have seen a huge uptick in exports of propane and butane, which are natural gas liquids primarily used by the petrochemical industry, although propane can also be used for heating homes. Those prices have recovered nicely. Enterprise Products Partners LP (EPD) is a big player in that business.

In addition to propane and butane exports, we've seen a huge uptick in exports of refined products. US refineries are operating at historically high run rates.

They're producing more gasoline, more diesel, more distillate fuels, and domestic demand for those products is in a steady decline. Exports, such as butane, to Latin America have been huge.

You've got companies like Phillips 66 (PSX), which is a refiner, talking about “Hey, you know, we're going to need more export capacity if we're going to continue running our refineries at these rates and churning out more gasoline and diesel.”

If I'm looking at names in the master limited partnership space, I think the Oiltanking Partners definitely has the best growth prospects over the next two years.

The company posted really, really nice third quarter results. They've accelerated their distribution group routes and we see a lot more upside for that name, which had surged to about $65. We like it more as a buy under $62.

The company just issued equity and the stock dropped below our buy target, so now is a good time to get into that name. The dividend is something income-oriented investors might like. The growth potential there is much higher and I think that's one of our favorite names for the coming year.

Steve Halpern: Thank you and we appreciate your insights and thank you for sharing your ideas with us.

Peter Staas: Great. Thanks again for interviewing me.