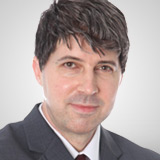 The relative strength of the major retail stocks in recent months has been quite impressive; with that in mind, let’s examine some established retail chains adapting to the current economic climate, asserts Clif Droke, contributing editor to Cabot Wealth Network.

In particular, we’ll focus on companies that are well positioned to experience higher sales during the fourth-quarter holiday sales season (the make-or-break period for many retailers).

Consumer electronics retailer Best Buy is an example of a nationwide box store that has done an excellent job of quickly adjusting to this year’s shifting economic winds.

The company responded rapidly to lockdowns by rolling out a successful curbside pickup service, retaining over 80% of its 2019 sales in the March quarter despite the turbulent business environment.

Best Buy has allowed shoppers back in its stores since May, and the firm reported that sales were up approximately 20% in the first three weeks of Q3. While online revenue has been even higher, an in-house survey found that 97% of its customers felt good about the company’s safety measures.

There’s good reason to believe this customer goodwill can translate into higher in-store sales during the upcoming holiday shopping season. Analysts are optimistic, with the consensus predicting continued top- and bottom-line growth in the next three quarters.

Williams-Sonoma is known for its high-end kitchen wares and home furnishings. Although it was severely hit by the initial wave of lockdowns in the first quarter after closing all its U.S. and Canadian stores for several weeks, it has since posted a remarkable comeback.

Online sales drove results in the June quarter (up 46%), but physical locations performed better than expected and improved throughout the quarter as stores reopened.

Pre-COVID, the company was doing exceptionally well and outperforming most of its peers, logging an average 6% annual revenue growth in revenues and per-share earnings growth of 11% in the past decade (with much of that growth occurring since 2018).

Growth has since resumed, with a Q2 net revenue increase of 9%, including a sequential and year-over-year acceleration in nearly all its brands (with Williams-Sonoma at a record 29%, Pottery Barn at 8% and West Elm at 7%).

Looking ahead, management sees the growing interest in cooking among millennials as a big benefit for business in the short term. Many analysts also predict healthy holiday sales for Williams-Sonoma, as consumers are expected to purchase more cooking ware for the growing eat-at-home trend.

Athletic retailer Dick’s Sporting Goods is an example of a national retail chain that has successfully integrated digital sales with curbside pickup at its store locations during the pandemic. The firm’s e-commerce sales were exceptional in the second quarter, increasing nearly 200%, with net sales jumping to $2.7 billion (up 20%).

More than 75% of Dick’s online sales were fulfilled by its stores, which serve as localized distribution points. By the end of June, the company had reopened 100% of its stores to the public.

Health and fitness equipment sales have been especially strong during the pandemic, with consumers increasingly exercising at home instead of going to gyms.

Looking ahead, while the company declined to offer guidance for the rest of the year due to COVID-related uncertainties, analysts see continued top- and bottom-line growth in the next two quarters.

And though there are some question marks pertaining to the holiday season, the stock’s performance in recent months suggests that forward-looking institutional investors expect brighter days ahead for the company.

The best time to buy a quality company is when it has been badly beaten up. Sabre Corporation (SABR)...

Sally Beauty Holdings (SBH) — a conservative idea for the coming year — has come a long ...

Perennially underfollowed by Wall Street, Superior Group of Companies (SGC) is a unique mashup of th...