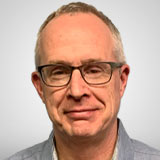 Streaming has become huge business, so much that major companies are restructuring to take advantage of the opportunities. The good news is that DRIP investors have a variety of ways to play the growth of streaming, explains Chuck Carlson, editor of DRIP Investor.

Perhaps the best-known pure play in the space is Netflix (NFLX). The company has more than 195 million subscribers to its service. Netflix has been the clear winner in terms of stock performance among streaming companies.

The stock is up 75% over the last 12 months and 385% over the last five years. To be sure, competition is heating up in the streaming space, and increased competition may be one reason the firm added just 2.2 million subscribers in the latest quarter versus 6.8 million in the year-earlier period.

The firm expects to add 6 million new customers in the fourth quarter. I like the simplicity and power of Netflix’s business model.

I don’t like the stock’s valuation. Its market capitalization of approximately $214 billion is just slightly less than the market cap of Walt Disney, while the stock’s price-earnings ratio of 78 seems especially aggressive.

Still, Netflix has achieved “cult” stock status, which means it has a very ardent following and is not likely to be viewed so much on valuation but rather its long-term growth potential.

While the stock is a bit too aggressive for my liking, DRIP investors looking for a high-risk, high-reward play in streaming should consider these shares. Netflix is part of Computershare’s online-only DirectStock program. Minimum initial investment is $25. Subsequent investments are a minimum $10.

Together, the firm has more than 100 million streaming customers. As evidence of the importance of streaming to Disney, the firm recently restructured its entertainment businesses to focus on streaming, or “direct-to-consumer” media and entertainment.

For example, with Covid-19 basically shutting down theaters, Disney shifted gears and made its Mulan live-action movie available on Disney Plus, for an added fee.

When you consider that Disney doesn’t have to share those revenues with a theater, not to mention Disney Plus subscriptions getting a boost from the Mulan exclusivity, you can see the tremendous leverage available to Disney in the streaming space.

The stock has been hurt by weakness in its other businesses, notably its theme park segment. Still, I think visitors will eventually return to Disney properties as the pandemic abates. While the stock could be sluggish in the near term, I like the long-term prospects and would buy on any weakness.

Disney offers a direct-purchase plan whereby any investor may buy the first share and every share directly from the company. Minimum initial investment is $200. Subsequent investments are a minimum $50.

There is a one-time enrollment fee of $20. Purchase fees are $7 ($1 if purchases made with automatic monthly investment via electronic debit from a bank account) plus $0.02 per share.

A bargain play in the streaming space is offered by ViacomCBS (CBS). The company has more than 16 million pay streaming subscribers. The firm has three streaming platforms — CBS All Access (soon to be renamed Paramount Plus), ad-supported Pluto TV, and Showtime OTT.

To be sure, the subscriber numbers are much smaller for ViacomCBS than Netflix or Disney, and that size disadvantage is one of the reasons for the stock’s depressed valuation.

With a market capitalization of $18 billion, Wall Street is valuing ViacomCBS at about one-twelfth the value of Netflix. That seems overly punitive to ViacomCBS, especially since its streaming business is showing decent growth.

While the stock has had a nice bounce off its March lows, these shares still trade well below their 52-week high of more than $43 per share and at a P-E ratio of just six times 2021 earnings estimate of $4.63.

I own ViacomCBS, and it has been a rocky ride. But I like the rebound potential here. The stock’s direct-purchase plan has a minimum initial investment of $250.

Tractor Supply (TSCO) reported Q3 results that were better than expected; the company continues to e...

Last week the markets rallied in what I can only describe as a predictable seasonal upturn for the U...