Transportation Turning a Corner in India 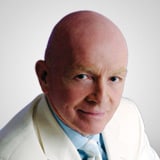 There have always been logistical challenges in densely populated and demographically diverse India, but some of those challenges are being overcome and that spells opportunity for automakers, writes Mark Mobius of Investment Adventures in Emerging Markets.

My latest visit to India coincided with the celebrations of Navratri, culminating in the day of the Dussehra, which symbolizes the victory of good over evil as exemplified by Lord Ram killing the demon king Ravana. The festive season starts from the Navratri and continues until Diwali, several weeks later.

In Delhi, my team and I had the privilege of attending one of the many Dussehra celebrations taking place all over the country, an event with some of India's most prominent officials in attendance. When we arrived, the situation was a bit chaotic, with people milling about and pushing to get onto the grounds, but at the same time it was a festive atmosphere.

Purveyors were offering local delicacies such as "roller ice cream," which is made by dripping an ice cream mixture over a hand-operated roller filled with ice and salt, as well as the roomali roti bread (handkerchief bread), which is made by flattening a ball of dough and tossing it in the air to stretch to the thickness of a handkerchief, then baking it on a heated dome.

At the celebration site, there were three ten-meter-tall paper and wood effigies of Ravana and two of his family members with red blinking eyes. At the right moment, all the dignitaries were handed richly decorated bows and arrows, which they shot in the direction of the effigies, symbolizing the Ram killing the three demon kings. A fireworks display followed, and the effigies went up in spectacular flames.

This ceremony was duplicated all over Delhi and other cities in India. I think the most remarkable aspect of the ceremony was that although there were security people at the entrances, security was largely absent inside and near the official podium.

As we traveled to and from the celebrations and to other meetings in India, to us it really brought home the burgeoning traffic crisis there. My team and I visited Delhi, Mumbai, Pune, Bengaluru (formerly known as Bangalore), and some more remote corners of the country during this trip. The migration of farmers from rural areas to cities combined with the explosion of car and motorcycle ownership is creating infrastructure bottlenecks, which won't likely be cured quickly.

Motor Vehicles in India
India appears to be on its way to becoming a major market for motor vehicles. Annual car and truck sales currently in India are roughly one third of the 15 million units produced in the US, but the pace of growth has been high.

The total population of registered motor vehicles in India numbered more than 100 million in 2008-2009, with consumer vehicles (passenger cars, motorcycles, and scooters) accounting for about four-fifths of the total. Considering India's population of 1.22 billion, if India had the same proportion of vehicles per capita as the US (which numbers some 246 million vehicles), it would require about 970 million automobiles! I think the industry's potential is easy to see.

More prominent than cars and trucks in India are the two-wheelers (motorcycles and motor scooters), with annual sales running at about 14 million in addition to about a half million famous "tuk tuk" three-wheelers seen serving as open-air taxis on the streets of India, Thailand, and other parts of the emerging-market world.

The infrastructure required to handle the swelling traffic is already bursting at the seams. Although there are about 5 million kilometers of roads in India, only a fraction are national or state highways or urban roads which would be considered of reasonable quality.

To get a better insight into the industry, we visited a large automobile manufacturing company in India, which produces both consumer and commercial vehicles. Production of one of its popular low-cost vehicles has been running about 9,000 units a month.

I was surprised to learn from one of the executives that a large part of the firm's revenues now came from recently acquired foreign brands. This is evidence of the trend we've seen in the past few years, where many emerging-market companies have been acquiring developed-market brands, or engaging in joint ventures.

My team and I also visited another vehicle manufacturer that specialized in two-wheelers for more insight into India's market for motor scooters and motorcycles. Annual sales were brisk not only in their domestic market but neighboring markets, as well as Africa. They also manufacture three-wheelers which serve as taxis all over Asia.

When we met with one of the founder's sons at their corporate office and R&D center, he reported being very focused on these more energy-efficient and space-saving forms of transport.

In the past, it was difficult for India to compete against the Japanese in the vehicle market, but this company in particular seemed to have found some success. Its executives felt there were two reasons why people might choose a motorcycle over a car or other form of transportation: to commute and for sport.

There has been a trend toward larger and faster motorcycles to satisfy not just the basic needs of commuters, but to also supply the excitement of a powerful and fast sport vehicle. Thus, they launched products with larger motors, and a premium brand name.

From these visits, it is clear to me that India is motoring toward an interesting future, one filled with investment potential in infrastructure development and transportation.