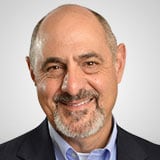 Robert Powell — editor of TheStreet's Retirement Daily — often reviews exchange-traded funds that might be of interest to those saving for or living in retirement, such as these newly launched ETFs focused on Japanese equities.

According to Lou Conrad, of COMPASS Wealth Management, LLC, in Concord, Mass., the equal-weighted ETF begins with the same index as EWJ, but instead of weighting each index component by its market capitalization, each component is given an equal weighting at quarterly rebalancings.

The result, Conrad says, is that mid-cap Japanese equities comprise a larger percentage of EWJE than of EWJ. "Another difference between the two is the newcomer is priced with an annual expense ratio of only 0.15% versus the 0.47% of the much larger EWJ," he says.

The equal-weighted version, says Conrad, may be appropriate for retirement investors who would prefer to skew their Japanese equity exposure toward mid-sized companies that may be more prone to grow faster, though they may also be more volatile than their large-cap brethren.

The new value-oriented version, EWJV, begins with the same index as EWJ, but then applies three value screens to determine its components: book value to price, 12-month forward earnings to price, and dividend yield, says Conrad.

"The result is an ETF that is more heavily weighted toward the consumer discretionary, financial, and industrial sectors," he says. "Consequently, this lack of sector diversification may increase the volatility that retirement investors thought they were tempering by excluding growth stocks. Like EWJE, this ETF has an annual expense ratio of 0.15%."

For investors interested in gaining exposure to stocks in the developed economies of Europe, the Van...