Amex: An Affluent Play on Credit 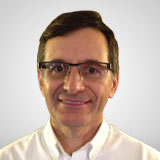 In 2018, 57% of its revenues were from the average 2.36% discount fees that it charges to merchants and 23% was from interest charged to its card holders. About three-quarters of its revenues and earnings derive from the U.S.

The stock has been significantly more volatile than that of Visa and Mastercard. It has, however, more than doubled since its last major pullback near the end of 2015 when it announced the loss of its exclusive arrangement with Costco (COST). This year to date it has risen 24%.

For merchants it does not have the "virtually must accept" power of Visa and Mastercard, but Amex has been able to convince most merchants and service providers to accept its cards.

That along with its marketing efforts, reward offerings, and brand prestige has allowed it to achieve a worthwhile share of the lucrative credit card market.

American Express has been aggressively buying back its shares for many years. The result of this is dramatically illustrated by the fact that Berkshire Hathaway's ownership has increased from 10% of the company in 1995 to 18% today without buying a single additional share.

Amex is trading at a relatively attractive 15.1 times trailing adjusted earnings. Its return on equity is very high at 33% and has been consistently high at an average of 27% over the past ten years. Reflecting the high ROE, its price to book value ratio is relatively high at 4.8.

The dividend yield is low at 1.5%, partly because the dividend payout amounts to only 21% of trailing earnings. Average earnings per share growth in the past five fiscal years has been good but unexceptional at 9%.

American Express is benefiting from the continuing switch to electronic payments. Management is forecasting adjusted earnings per share growth of over 10% in 2020 and is optimistic about the company's long-term growth prospects. American Express is a high quality, well-managed company and is trading at an attractive price.