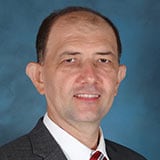 After a relatively soft performance in 2018, semiconductor companies delivered significantly better results in 2019 and might be poised to extend that uptrend into 2020, especially semiconductor dividend stocks with above-average yields, explains Ned Piplovic, an editor at DividendInvestor.

In addition to the normal expansion of the recent demand for additional computing power driven by cloud computing, business automation and autonomous transportation, semiconductor dividend stocks could get another boost from the wider implementation of 5G networks.

With 5G, some of the new technologies that have been delayed by the old network’s data flow bottlenecks, such as autonomous cars, “smart” homes, instant medical diagnostics, etc., could be unleashed to deliver significant advances, as well as become less costly, which will further drive wider implementation.

While investors have hundreds of semiconductor stocks from which to choose, the stocks listed below meet several specific criteria to ensure best chances for long-term returns.

In addition to offering large capitalizations and above-average yields, all five stocks listed below offer positive returns over the past 12 months. Here are five semiconductor dividend stocks you should consider for your portfolio in 2020.

After beginning dividend distributions in 2002, the company advanced its annual payouts rapidly. Growing at an average rate of nearly 60% per year, the annual dividend had grown 17-fold by 2008.

The company also delivered a 70% total gain over the last three years. Furthermore, the shareholders more than doubled their investment with a total return of more than 150% over the past five years.

Skyworks Solutions did not start paying dividends until 2014. However, since introducing the income payouts, the company has boosted its annual dividend distribution every year.

Over the past five years, the annual dividend payout advanced nearly four-fold, which corresponds ton average growth rate of more than 30% per year.

Based in Santa Clara, California, and founded in 1968, Intel (INTC) designs and manufactures microprocessors and chipsets that send data between the microprocessor and various peripherals and accessories, as well as computer, networking and communications platforms.

Intel has been distributing dividend income payments to shareholders since 1992. Over the past two decades, the company failed to hike its annual dividend only three times. Despite these three misses, the total annual payout amount rose 21-fold over the past 20 years, which is equivalent to and average annual dividend growth rate of 16.4%.

The current $0.315 quarterly payout and its $1.26 annual equivalent correspond to a 2% forward dividend yield. The total returns have been 73% and 81% over the past three and five years, respectively.

Since beginning dividend payouts in 2003, Qualcomm has enhanced its annual dividend amount more than 20-fold through the end of 2019, which corresponds to a 19.5% average annual growth rate over the past 17 years.

After losing nearly a third of its value in the last quarter of 2018, Qualcomm’s share price reversed direction in January 2019. The total one-year asset appreciation of more than 71% combined with dividend income payouts for a total one-year return of 76%.

Based in San Jose and founded in 2005 as Avago Technologies, Broadcom, Inc. (AVGO) designs, develops and produces a range of semiconductor devices with a focus on digital and mixed signal devices.

The most recent dividend hike for the December 2019 distribution boosted the quarterly payout from $2.65 in the previous period to the current $3.25 distribution amount. This new payout a $13.00 annualized dividend and a 4.15% forward dividend yield.