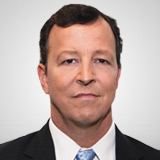 AbbVie is a cutting-edge company specializing in small molecule drugs. After being spun off from parent company Abbott Laboratories (ABBT) in 2013, it has grown to the eighth largest pharmaceutical company in the world.

The rapid growth has been due to its blockbuster autoimmune drug Humira, which is the number one selling drug in the world by far with annual sales of about $20 billion.

ABBV had been one of the best-performing big pharma stocks until recently. The problem is that Humira, which accounted for about 60% of revenues, started facing more competition from biosimilars.

It has patent protection in the U.S. (which accounts for more than three quarters of revenues) until 2023. But it faces growing competition and falling revenues overseas. The stock had fallen over 40% from the 2018 highs as the market worried about replacing current overseas revenue and future U.S. revenue.

But the company has absolutely one of the best pipelines of new drugs and drugs near the launchpad in the industry. The company believes recently launched cancer drugs Imbruvica and Venciexta can generate $9 billion in annual sales by 2025.

It also launched two immunology drugs in 2019 that research firm EvaluatePharma called two of the three most promising new drugs of the year that the company thinks could generate $10 billion in annual sales by 2025.

As well, Humira won’t fall off a cliff and will likely still be the world’s top-selling drug until the middle of the decade. The company also purchased Irish pharmaceutical company Allergan (AGN), a company about half AbbVie’s size that will further diversify the company from Humira.

The stock was selling at ridiculously cheap valuations and the market recognized the value. And the stock soared more than 50% from the 52-week low. It has pulled back slightly after having been on fire early last month. But it still sells at a low valuation of less than nine times forward earnings with a safe 5.5% yield.

Healthcare is a great sector for both the long and short terms. In the near term it’s defensive and should hold up well if the economy struggles. Longer term the demographic trends of the aging population. AbbVie is a defensive and undervalued superstar in a sector that looks great going forward.