On Tuesday the Dow opened up over 200, then it was 300, 400 and finally over 500 points. It seemed like I was watching a thermometer during flu season. All of this on the heels of a 2000-point drop in a little over a week, writes Jeff Greenblatt Wednesday.

What is going on here? As we already know the indices peaked either on or very close to the 163rd day of the rally from the S&P 500 (SPX) lows early this year while at the same time it turned out to be the 162-week high from the Dow (DJI) bottom in August 2015.

But there is more. The high turned out to be the mother of all square outs. Look at the Nasdaq (NDX) back in the old internet bear market era. The range was 4021 points, for the NASDAQ its 4024 points. 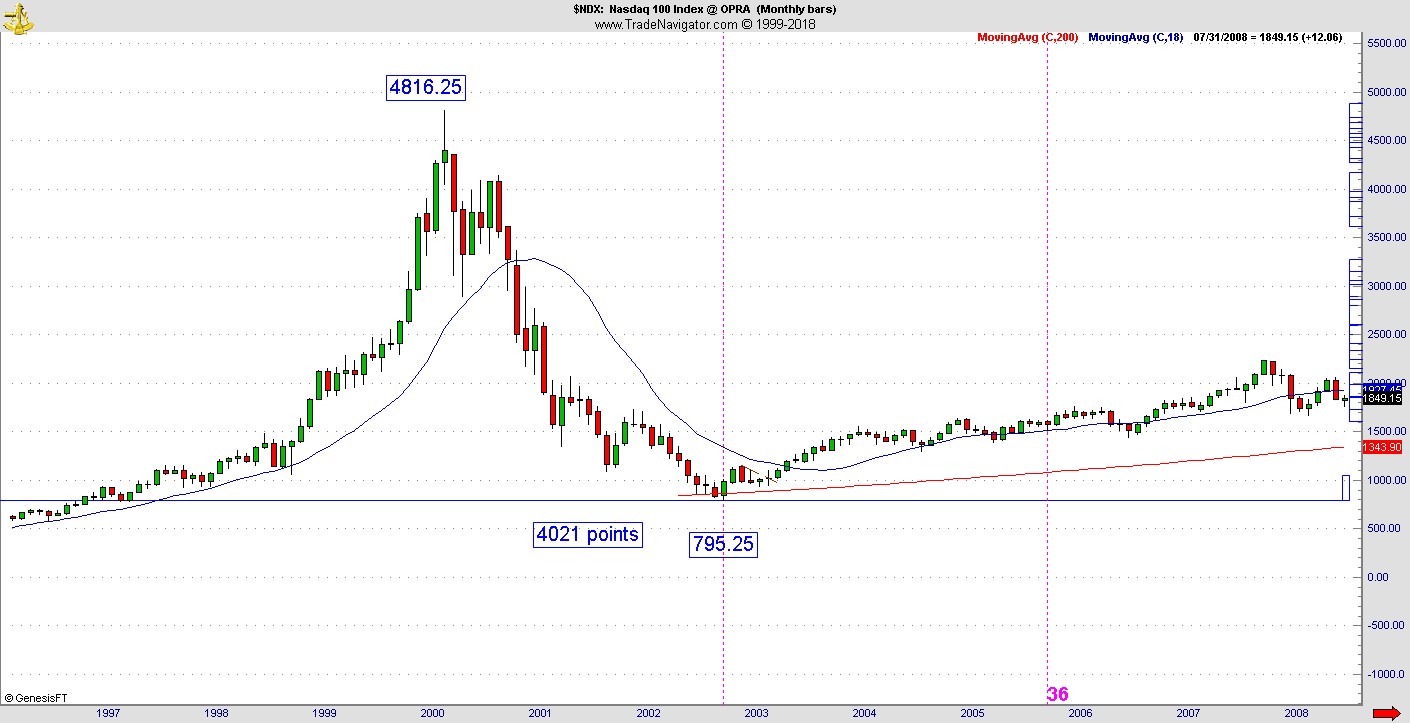 By itself, that means nothing. But now look at the second chart where the recent high at the beginning of the month is 4023 trading days. Its one of the biggest square outs I’ve seen.

There are also other long-term readings tied to the current lows. I’ll mention one which has the Dow at 163 weeks off its 2015 bottom which puts it at the back end of a long window. That’s why we’ve seen this Coney Island Cyclone type action.

What does it really mean? When I looked at the lows I had to laugh given the high reading is rare. But I started taking them more seriously after Tuesday’s big day. Markets very easily could’ve dropped to fresh lows again, but they didn’t.

As I did my intelligence through Tuesday’s action I found any number of stocks with good calculations at the lows, but then again, I found many that did not jump off the page.

What does jumping off the page mean? When I tell you an index dropped 4000 points, then rallies 4000 days and dropped the way it did last week, that is a reading that jumps off the page. Tuesday was a split decision. Many lows had readings that jumped off the page but many didn’t. 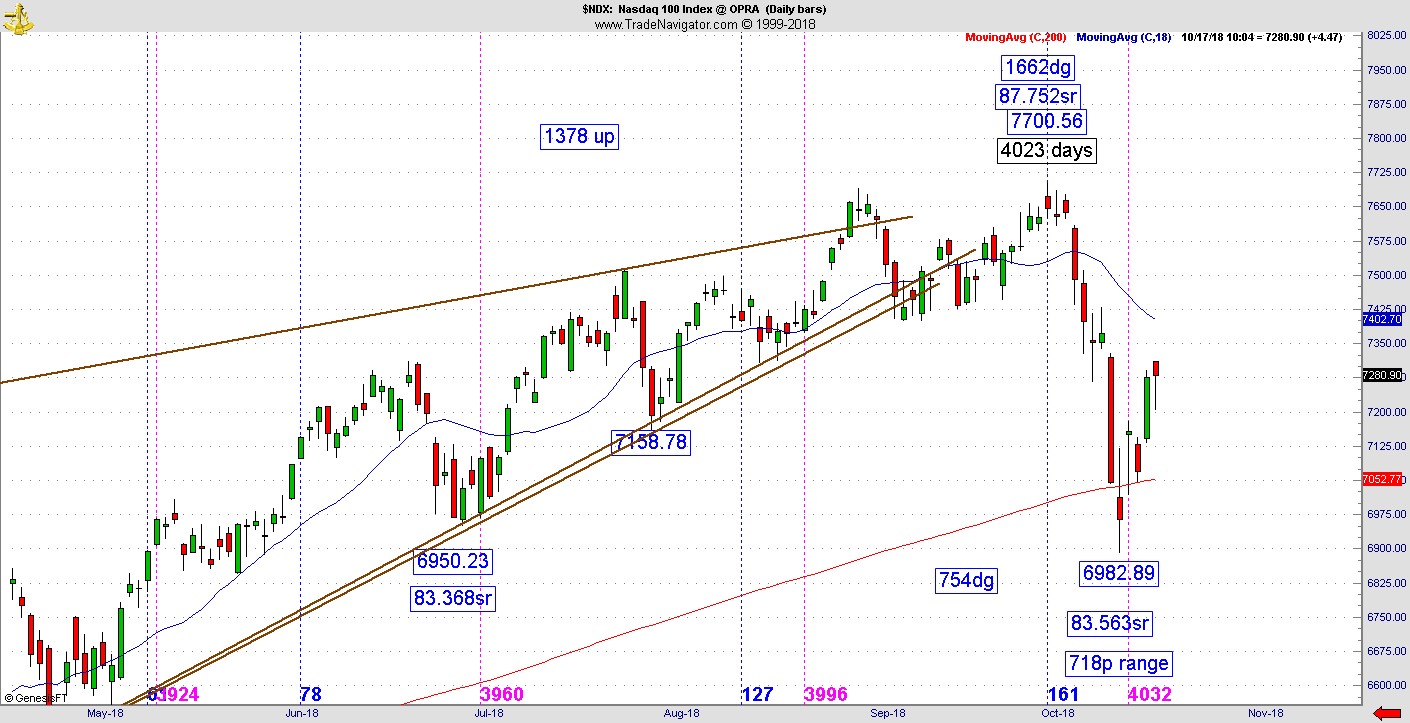 What that might mean as this new leg progresses are some stocks might hit new highs again and many will not, which would create a new divergence and set up the next disaster. Never forget the market topped in 2007 at 261 weeks up, never made new highs while the financial crisis didn’t materialize for another year.

Wednesday morning was interesting as the Dow gave back more than half of Tuesday’s gains yet recovered to breakeven. Simply incredible.

Given we have an intense reading at the top, other good readings at the lows, if at any time going forward markets start taking out last week’s lows, it will go a long way to confirming a bigger bear market. We had an October correction, but it’s far from being a bear at this point. Many times, when markets have good readings at highs and lows, what happens is a larger type consolidation until one side or the other wins out.

It certainly is not time to get complacent again, not with such an important election less than three weeks away.

I’m not in the prediction business so its hard to say what the day after this election is going to look like. I dig deep for good information and what I’ve heard, the process and the result might get ugly. After the Kavanaugh hearings, you don’t need me to tell you that.

Remain vigilant and it may be better to play in the short term at this point. If you’ve accumulated short profits, you should already have a line in the sand where you protect them as it appears this snapback has taken some by surprise.

Most people don’t realize the market is currently stuck between two sets of readings and literally anything is possible.