The broad equity market based on the S&P 500 has failed to confirm it has returned to the long-term bull trend as the rally from the Q4 sell-off has stalled at important technical levels.

This uncertainty was confirmed by last week’s weakness as the S&P failed to take out key resistance levels.

The QuantCycle Oscillator is showing conflicting signal, but broadly more volatility ahead. The daily QuantCycle has the S&P continuing to move lower over the next two weeks. 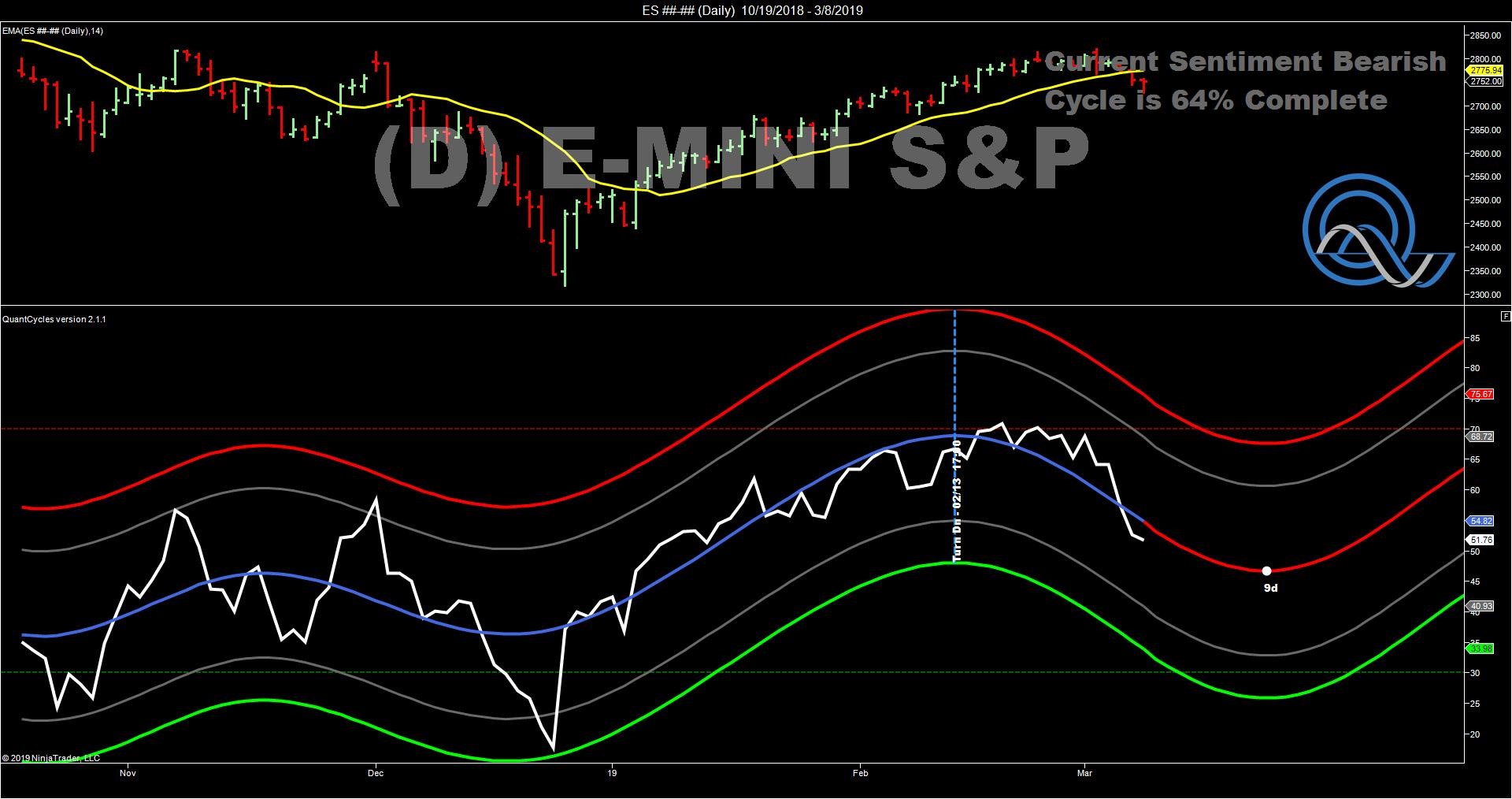 However, when we drill down to the 240-mintue chart, there appears to be some conflict. The S&P 500 rallied off of its Friday lows at the end of the session, suggesting end-of-day strength could continue into this week (see chart).

Using the Cboe Volatility Index (VIX) as the tiebreaker, it is clear that more volatile days are ahead. The VIX suggests that the weakness may continue for the next two weeks. What is clear is there may be greater two-way volatility coming. Given the Administration’s ability to float rumors regarding the prospect of U.S.-China trade deals, and the market’s tendency to buy into those rumors it would be best to take profits when you can on short plays and use upward breakouts to get short, then wait for a clearer picture to take a longer-term approach. 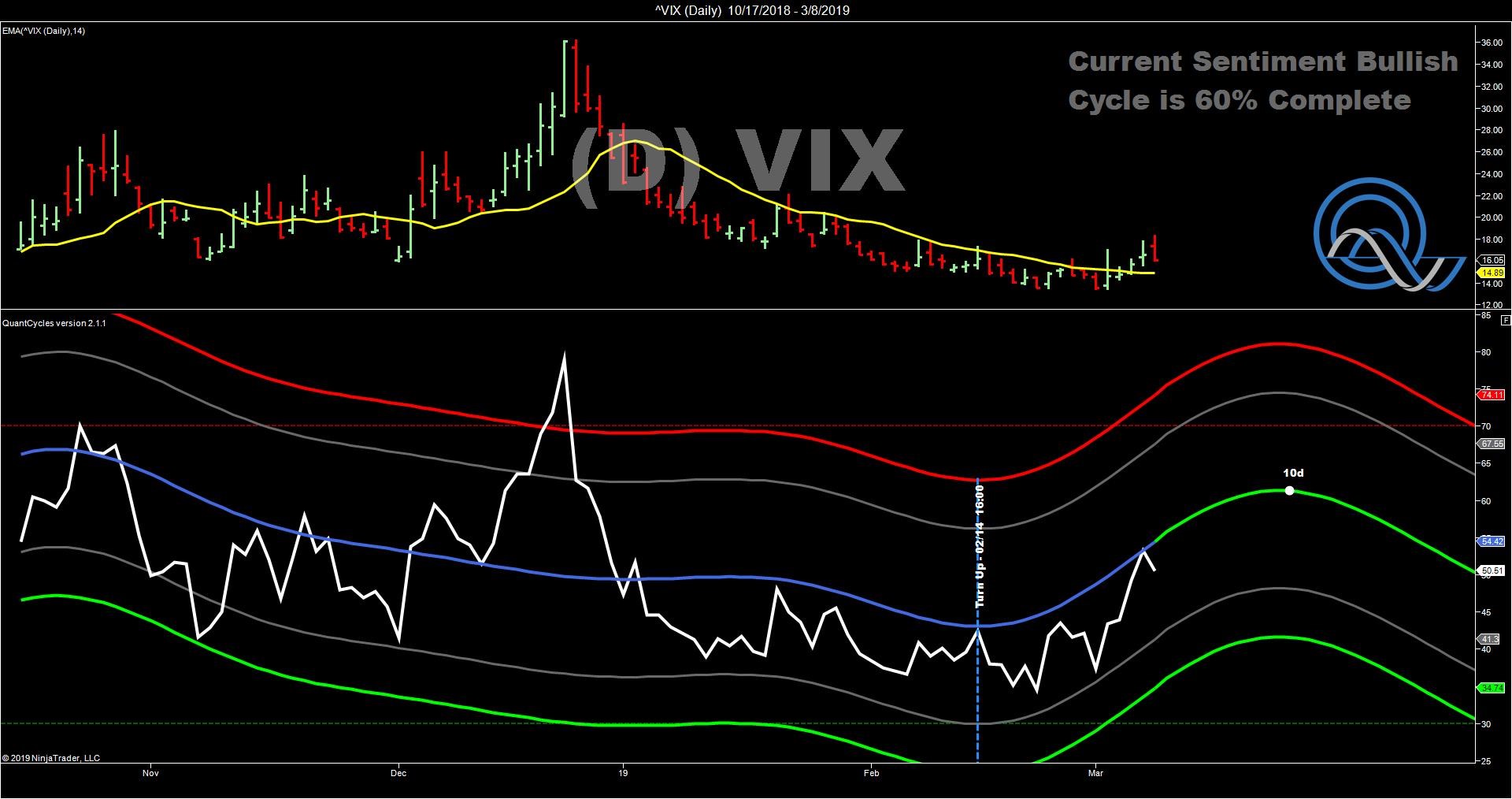