We ended last week's letter by noting that the broad moves in the Commitment of Traders (COT) report appear deflationary. Let's begin where we left off.

The commercial traders in the interest rate sector have experienced a severe change of heart due to the Sept. 20 Federal Reserve Open Markets Committee meeting. The FOMCs comments have created a surge in yield curve flattening action among the commercial trader population. 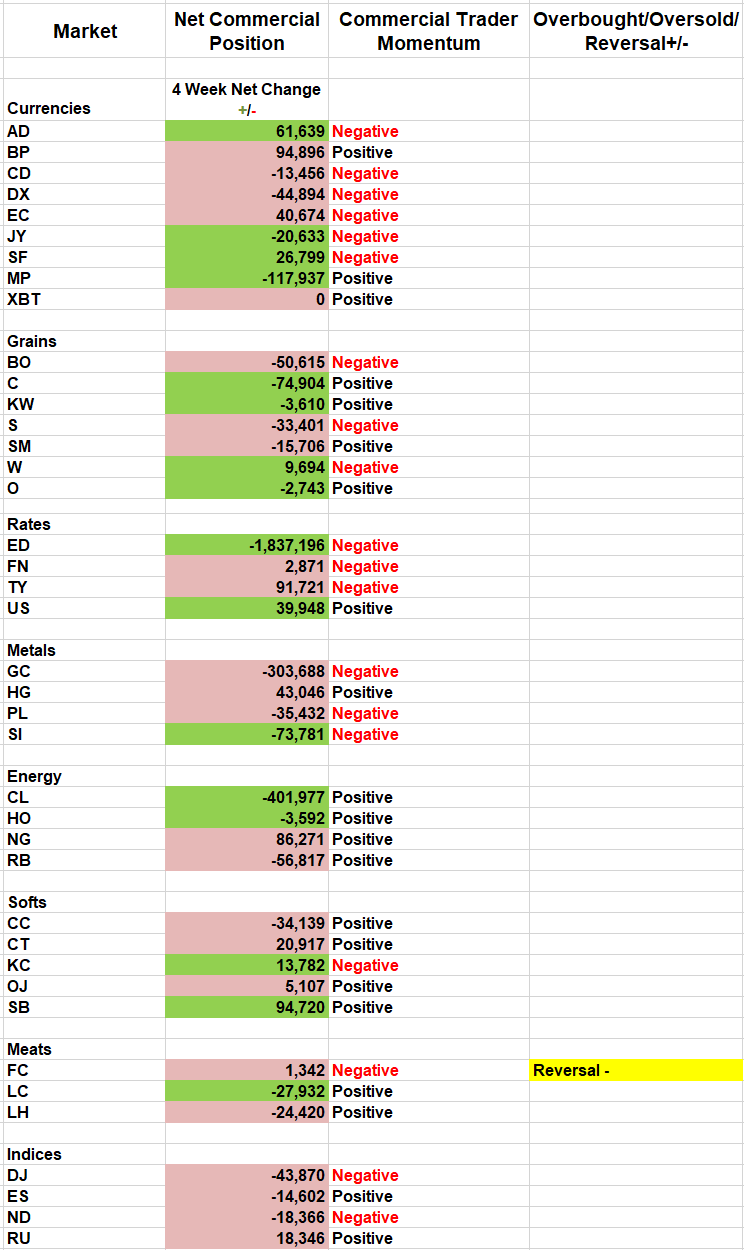 Commercial traders are selling the short end of the yield curve and buying the long end. Their actions create a graphic depiction of their deflationary expectations.

In addition to the direct presentation of a flattening yield curve, we have anecdotal evidence to support this thesis in the metal and energy markets, as well.

We published a short sale signal last week in January platinum while noting the contra-seasonal nature of our forecast. First, more than 70% of platinum ends up in automobiles and jewelry. Both cars and jewelry tend to get a demand bump in the fourth quarter. However, both of these are discretionary purchases. The commercial traders feel that Q4 won't see the uptick in consumer spending to which they've grown accustomed. Therefore, they won't need to carry the expense of added platinum inventories. Last week's drop of more than 10% makes for a fantastic winning trade, up more than $2,500 already. More importantly, its forecasting power extends to copper, as well, where the commercial traders were also net sellers.

Moving to the energy markets, let's go back three weeks when nearly half of Saudi Arabia's oil production was halted due to terrorist attacks. The Saudi crown prince said, "...represents about 30% of the world's energy supplies, about 20% of global trade passages, about 4% of the world GDP."

The energy markets opened roughly 10% higher that Sunday night. However, they have been unable to hold their gains. Some of this is because Saudi Arabia is already back online and has vowed to make up for the temporary supply disruption.

It's clear to see why even in the face of 50-year unemployment lows, big money is treating these markets like they expect deflation. After all, we can see them positioning themselves accordingly.

We aren't carrying much in the way of open positions, but we do have more than $4k in our December live cattle trade. The protective stop should be raised to 109.20. Look for profits around 113.