Earlier this week, Al Brooks discussed vaccines and the math behind Covid-19, here we tackle America’s obesity crisis and how it affects Covid-19.

The United States has more obese people than most countries. The Center for Disease Control (CDC) says that 42% of Americans are obese. That is shocking. But at least 20% of the citizens of most developed countries are obese, which also is a depressing thought. Japan is an outlier with an obesity rate of only 4.3%. 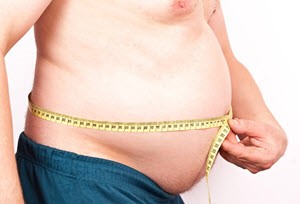 Incidentally, 9% of Americans are morbidly obese, which means a body mass index of 40 or more and 100 pounds overweight. In case you are wondering if I am downplaying obesity because I might be a fat American, I have only 13% body fat, which is far less than even the average Japanese citizen.

Several people have commented after my Covid-19 reports that obesity is part of the reason why the United States is doing so much worse that other countries. Several years from now, epidemiologists will analyze all of the data and determine the significance of each factor contributing to the disastrous pandemic in the United States. Obesity is part of the problem, but lack of leadership is the major factor.

Obesity is an important contributing factor in the hospitalizations and deaths in all countries. If we had fewer obese people, we would have fewer deaths.

Our obesity rate is about 50% more than that in the majority of other developed countries. If it was the main factor behind all of our deaths, we might have 50% more deaths. So, with 4% of the world’s population, maybe obesity would get us to 6% of the world’s deaths. However, we are at 25%. Therefore, obesity accounts for only a small part of the U.S. disaster.

Our lack of leadership from both political parties is by far the most important factor in the number of U.S. infections and deaths. It is the reason why we have had 25% of the world’s deaths with only 4% of the world’s population.

Obese people are more likely to have high blood pressure, diabetes, heart disease and many other diseases as well. They have less overall reserve, and a stress like a serious infection can be more than they can handle.

I want to share a comment that I sometimes heard in the 1970’s while in medical school at the University of Chicago. It annoyed me at the time and it still does. But it makes the point that obesity is a problem for all diseases. The older residents sometimes explained to me why an obese patient was not doing well by saying that the patient had a case of PPP, which meant Piss Poor Protoplasm.

Although this was dehumanizing and they did not quote any scientific studies to back up their claim, what they were saying is that they strongly believed that obese people with just about any serious disease did worse than non-obese people. Since that time, many studies have validated their crude observation.

American obesity is a problem with any vaccine

In addition to obese people getting sicker from Covid-19, they will probably have a problem with the vaccines as well. Vaccines for the flu, tetanus, rabies, and hepatitis B work less well in obese people, and this will likely be a problem with Covid-19 vaccines.

One obvious reason is that vaccines work best when they are injected into muscle. If a person is very obese, the technician giving the vaccine might have a difficult time knowing whether the needle is in muscle or fat. Consequently, some patients might simply not be vaccinated properly.

Beyond that, obesity affects the immune response. For example, the level of antibodies falls more rapidly in obese people. Also, vaccinated obese people can have less protection from a vaccine. A study of a flu vaccine from the University of North Carolina found that obese vaccinated people were more likely to get the flu. This is true even though they had protective levels of antibodies. Therefore, obesity might also be affecting the T cell component of immunity.

Market internals for the indices are strong into early next week, explains Trevor Smith....

Sempra Energy (SE) serves one of the largest utility customer bases in the U.S. by distributing natu...