COVID-19 Update: Russian Vaccine & the End of the Hydroxychloroquine Hoax

In the second part of this week’s two-part Covid-19 update, Al Brooks discusses a potential Russian vaccine and the Hydroxychloroquine Hoax.

Russia announced last week that it completed its trials of a vaccine. The Russians claim it is safe and effective but have not shared their data. They expect approval on Aug. 10.

Like all countries, they will first vaccinate people in the medical community who are at the greatest risk of getting Covid-19. They expect to release it widely in September.

Russia announced that India, Brazil, Saudi Arabia, and many other countries have expressed an interest in this vaccine. Several U.S. companies have also contacted Russia to get information about the vaccine.

The U.S. government cannot ask for Russia’s help. It would be a huge embarrassment ahead of an election to concede that we have to rely on Russia for our healthcare.

Why is Russia so much ahead of us?

It is important to note that Russia has not even completed phase 2 of its testing. They expect to complete it by Aug. 3. They will conduct phase 3 in parallel with the vaccination of its medical workers. It should not surprise anyone that President Putin’s friends reportedly started getting vaccinated in April.

Russia claims that they have been able to develop the vaccine so quickly because it is similar to one they are already using for another disease. Moderna Inc. (MRNA) has been working with the U.S. government on its vaccine, which also relies on the structure that they developed for the coronavirus that causes MERS. Therefore, that is not the true reason why Russia is so much ahead of everyone else.

The main reason why Russia is able to release the vaccine so much earlier than everyone else is that they are short-cutting the safety and effectiveness testing. The United States will not do that. As bad as Covid-19 is in the United States, it is not bad enough for the American public to accept a vaccine that has not been proven to be safe and effective.

Treatment is as important as a vaccine

You might have sensed that something is not right when experts talk about a vaccine for Covid-19. Why are they not constantly comparing Covid-19 to measles, mumps, chickenpox and polio; which are diseases that vaccines completely prevent? Maybe it’s because they expect that a vaccine for Covid-19 will not be nearly as effective. 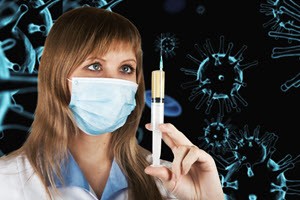 Why is that? Because it is caused by a coronavirus, and we have lots of experience with coronaviruses. All of us have had coronavirus infections. How do I know? Because coronaviruses are one of the four major viruses that cause the common cold. We all have had many colds, especially when we were kids. And there is no vaccine for the common cold. This is because the immunity that we develop after catching a cold goes away within a few months.

The fear of researchers is that the immunity from a coronavirus vaccine might not last a year. It might not even last six months.

Last week, I wrote that there was a study that showed that the half-life of antibodies against the coronavirus after Covid-19 is 73 days. Every 73 days, the level drops by 50%. There might not be enough left in your blood to protect you from another infection six to 12 months out.

That is why all of the vaccine trials are using a booster shot a month later. Scientists are afraid that a vaccine will not be enough to eradicate the virus. That means we might have to live with it, like the HIV virus.

So, if the coronavirus turns out to be more like HIV than measles, treatment becomes more important than a vaccine. We will find out over the next year.

It took decades to develop very effective treatments for HIV. Treatment is not getting enough attention for Covid-19. But if the vaccine is inadequate, there will be much more interest in treatments.

I currently believe that we will find vaccines to be less good than what the media is making sound like they will be. “Don’t worry, science will save you!” This is especially true in the elderly and sick who need them the most. These are the very people who have weak immune systems and do not produce high levels of antibodies after getting vaccinated.

However, like with HIV, I believe that there will be effective treatments coming out over the next decade. Implicit in this comment is that I believe Covid-19 is going to be with us a long time, not just a couple years.

The end of the hydroxychloroquine hoax

Anyone who has been listening to the President would conclude that there is strong scientific evidence to support the treatment of Covid-19 with hydroxychloroquine.

In Congressional testimony of Friday, Dr. Fauci made his clearest statement yet on the use of hydroxychloroquine to treat Covid-19:

The New England Journal of Medicine this week published a definitive study on the use of hydroxychloroquine to treat Covid-19. The conclusion is that it is useless and possibly dangerous.

The New England Journal of Medicine is the most respected medical journal in the world. It is very difficult to get them to publish your research. They have very strict standards and demand the highest quality research from reputable medical scientists. Their track record is excellent.

After 15 days, the doctors assessed the patients. They found that there was no benefit from hydroxychloroquine with or with azithromycin. However, they did find that the hydroxychloroquine patients often developed abnormal EKGs and had elevated liver enzymes. It is therefore potentially dangerous.

No serious scientist is going to spend any more time on hydroxychloroquine. There is now a clear scientific divide. Either you believe in science or in hydroxychloroquine as a treatment for Covid-19. Physicians will accept this report as definitive unless there are at least a couple comparable high quality reports that show otherwise.

You can bet that there won’t be. No reputable scientist will now spend any more time on this after it has been so thoroughly studied and proven to be useless. They will move on to study other treatments that will come along, hoping to find one that science will show is effective. Hydroxychloroquine has had its day and science has exposed it as a hoax. It is no more effective than ice cream or a slice of pizza. 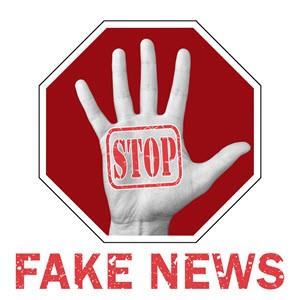 Dr. Harvey Risch, a Yale epidemiologist, has been a notable proponent of hydroxychloroquine. Being on Yale’s faculty automatically gives him credibility. Unfortunately, he relied on weak science to make his argument. After this New England Journal of Medicine article, I do not see how he can continue to promote hydroxychloroquine and maintain any credibility among his peers at Yale. Even his boss has distanced himself from him by saying that Yale values diverse opinions.

I want to translate the comments by Risch’s boss. What he is actually saying is that he and other members of the department are embarrassed by Risch’s ignorance, and Risch’s comments are hurting the credibility of the department. Guilt by association. Since the boss cannot fire a tenured professor, even though the guy is clearly an idiot, the boss felt compelled to make it clear to those who can read between the lines that he and the rest of the faculty believe Risch is an ignorant fool. It’s time to give up on hydroxychloroquine, Harvey, and move on.

Years ago, I was a budding medical scientist. One of the surprising things that I discovered was that some of the most highly respected doctors from the top universities in the countries were liars, frauds, or racists, just like you can find in any profession and in any location. Never assume that a PhD or MD degree is a certification of morality, integrity or genius.

Hydroxychloroquine is useless and dangerous

I have written several times that the reports showing the benefit of hydroxychloroquine were from sources that I did not trust. However, I also have been saying that there was no good scientific research showing that it was not helpful. Well, now there is.

I strongly believe hydroxychloroquine is useless in the treatment of Covid-19 and it is potentially dangerous. I would not use it and I am telling my family and friends to avoid any doctor who recommends it.

The face of hydroxychloroquine treatment is now only President Trump and Dr. Immanuel.

President Trump last week tweeted a report about Dr. Stella Immanuel to support his strong recommendation of hydroxychloroquine to treat Covid-19. She said that face masks are unnecessary because she cured 350 Covid-19 patients with hydroxychloroquine.

Several websites that support President Trump wrote faux erudite, persuasive articles supporting her research, making her appear reputable and trustworthy. It is all politically motivated sophistry designed to make gullible people believe that our nation’s approach has been reasonable when it so clearly has been disastrous. This is therefore harmful to people who follow these leaders.

This glowing coverage unfortunately gave her undeserved credibility and it will lead to desperate patients continuing to pursue dangerous alternative healthcare. People will die because of this.

If the President or those media outlets who support his belief in hydroxychloroquine looked into Dr. Immanuel’s background before attaching themselves to her, they probably would not be using her to support their unfounded recommendations. For example, she also believes that medical problems like cysts, endometriosis, infertility, and impotence are caused by women having sex in their dreams with demons and witches. Furthermore, she thinks that doctors are using alien DNA in medical treatments and that scientists are working on a vaccine to prevent people from being religious. 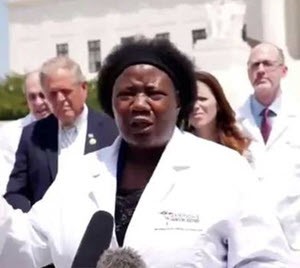 When Facebook took her profile down, she tweeted, “Hello Facebook put back my profile page and videos up or your computers with start crashing till you do. You are not bigger that God. I promise you. If my page is not back up Facebook will be down in Jesus name.” I don’t know how Zuckerberg will be able to sleep at night.

Don’t assume that an MD degree makes you an expert

Dr. Fauci this week correctly said that she is wrong, and that hydroxychloroquine has been shown by many studies to be useless in the treatment of Covid-19. Yet, President Trump and his supporters continue to hurt their credibility by still promoting her as their medical expert.

I believe that the average American would see her as a charlatan who is enjoying her 15 minutes of fame and not as a medical authority. Remember the Bell curve. There are people at the extremes. You can always find an “expert” to validate any outrageous claim.

California jury instructions include this sentence: “If you decide that a witness did not tell the truth about something important, you may choose not to believe anything that witness said.” I am choosing to believe nothing that Dr. Immanuel says.

It is sad that politicians and their supporters in the media are willing to have people die for their political benefit. I just don’t see President Kennedy, Reagan, George Bush senior, or Obama doing that.