In this first part (of four) of this week’s Covid-19 update, Al Brooks discusses immunity, vaccines, and the need for effective treatments.

Immunity comes from antibodies and from T cells. Vaccines trigger two types of immune responses. The first is an antibody response, and it gets all of the headlines. In response to a virus in the bloodstream, a type of white blood cell called a B lymphocyte manufactures proteins called antibodies. These cells release the antibodies into the bloodstream and attach to the virus. This prevents the virus from entering cells, reproducing, and then destroying the cell.

If a person already has enough protective antibodies when he gets the virus, there will no cell damage. And there are no symptoms, which means that the patient is immune and will not get sick.

If he had no antibodies and then gets sick, and his body produces enough antibodies after getting sick, there will be no further cell damage. Healthy cells will replace the damaged cells and the patient will recover.

There is a second type of white blood cell that vaccine scientists discuss, but it is largely ignored by the media. These are T cells, and they might be even more important than B cells. We don’t know yet.

T cells do not make antibodies, but they can still prevent or cure an infection. There are three varieties of T cells and they either attack the virus in the bloodstream or destroy infected cells. The bottom line is that they can eliminate the infection.

Like B cells, T cells have memory, but their memory might last much longer. If a person recovers from a viral infection, but sometime later gets exposed again, these T cells will quickly reproduce and either prevent a second illness or make it milder.

When a researcher does a clinical trial of a vaccine, he measures T cells as well as antibodies. This is because the vaccine might create a strong T cell response that might actually give a more lasting and more effective protection than the antibody response. We do not yet know.

We have all had coronavirus infections 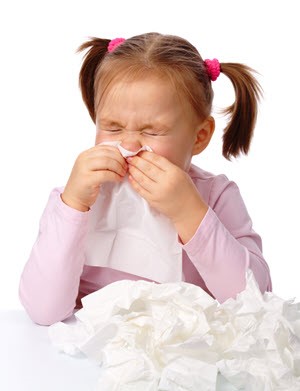 This is important because everyone knows that some people get very sick from Covid-19 and others have very few symptoms. Scientists wonder if those who do not get sick have T cell immunity from a prior coronavirus infection, like a cold.

Other researchers have found that blood samples from several years ago have a T cell response to SARS-CoV-2, which is the virus that causes Covid-19. This is true even though the virus did not infect anyone until late in 2019. Others have made a similar observation. Therefore, some people might have enough crossover immunity from a prior coronavirus infection, like a cold, to prevent a Covid-19 infection or to make the infection be mild.

T cell immunity might turn out to be more important than antibodies. We should know within a year.

Regeneron created what they call an antibody-drug combination. They genetically modified mice to have a human immune system. They took Covid-19 antibodies from these mice and from patients who have recovered to create their REGN-COV2 drug. Their website does not clearly explain how they are producing the drug:

Regeneron scientists evaluated thousands of fully-human antibodies produced by the company’s proprietary VelocImmune mice, which have been genetically-modified to have a human immune system, as well as antibodies isolated from humans who have recovered from COVID-19. They selected the two most potent, non-competing and virus-neutralizing antibodies to create REGN-COV2 and have scaled up this dual-antibody cocktail for clinical use with the company’s in-house VelociMab® and manufacturing capabilities.

REGN-COV2’s two antibodies bind non-competitively to the critical receptor binding domain of the virus’s spike protein, which diminishes the ability of mutant viruses to escape treatment and protects against spike variants that have arisen in the human population, as detailed in recent Science publications. More recent research also demonstrates coverage against the now prevalent D614G variant.

They claim that their research in monkeys shows that the drug prevents the Covid-19 virus from infecting the monkeys. Furthermore, they say that it is an effective treatment after monkeys get infected.

This is not a peer-reviewed study and therefore it is too early to assess its value. However, it is evidence of what I have been saying for a while. Scientists might not be able to create a safe, effective vaccine that gives immunity that lasts a year or more. While there has been so much news about vaccines, treatments might become more important in the long run, like with HIV infections.

Your immune system overcomes a Covid-19 infection with B cells producing antibodies and T cells attacking the virus and infected cells.

Instead of having your body make antibodies in response to an infection or a vaccine, Regeneron is making those antibodies in a lab for you. Their plan presumably is to give them to you through an IV if you get infected. If this is successful, it will be particularly helpful for elderly or other immune-compromised patients who cannot make enough antibodies to kill the coronavirus.

Because the country is desperate for anything that will increase our safety, the U.S. Federal Drug and Food Administration (FDA) is eager to get vaccines approved. In June, the FDA lowered its requirement for effectiveness for a Covid-19 vaccine to 50%.

But what does 50% effective mean? You can read the article, but it is arcane. The FDA does not mean that 50% of vaccinated people will avoid any symptoms. Instead, it means that in the clinical trials, at least 50% of the vaccinated volunteers did better than those receiving a placebo.

For example, give the vaccine to 1,000 people and a placebo shot to another 1,000 people. Then, after a few months, find out how many in each group got sick. If 10 of the placebo patients get Covid-19, but only five vaccinated people got sick, the vaccine prevented 50% of the infections. Researchers therefore say it 50% effective.

But the FDA guidelines appear to let a drug maker claim 50% effective if five clearly got sick and five more had minimum symptoms. They might have had shorter hospital stays or they might have become symptom free a few days earlier. Those five would be said to have benefited from the vaccine, and the drug maker could claim that the vaccine was effective in those cases.

In this instance, both the vaccine and placebo groups had 10 sick people, but five of the vaccine people were not as sick as the placebo group. Many Americans would say that the drug company is cheating, but this result appears to meet the FDA guidelines.

All that matters is that there is a statistically significant improvement among the treatment group. There are mathematicians who specialize in making this determination based on the data from the research. However, if you get stung by 10 wasps one day and then only seven a month later, that is better, but you are still going to suffer. In these studies, a little better is the minimum that the researchers need.

Only 42% plan to get vaccinated

A Yahoo News/YouGov poll conducted July 28 to 30 found that only 42% of Americans plan to get vaccinated. Once there is a safe and effective vaccine, that number will go up, but I doubt it will get above 60% to 70% of the population. Many Americans are afraid of vaccines, and this one is being rushed. That makes people less trustful.

If the vaccine is only 50% effective at preventing or reducing the severity of Covid-19 and only 42% get vaccinated, then there might only be about 20% of the population who are no longer carriers. Because each infected person infects 1.5 to 2.5 other people, herd immunity requires about 70% of the population to be immune. We need herd immunity for the total number of infections to gradually shrink and end the pandemic.

No one knows for certain if we need 70%. It might be less than 60%, but 70% is a reasonable bet based on the current death rate.