The S&P 500's Inability to Decline

Behavior overall has tended to contribute to S&P 500's (SPX) “inability to decline,” in a sense (the longer S&P alternated sideways the more overbought conditions got worked-off). All of this transpired in the S&P “overshoot zone” as I termed recent action, writes Gene Inger of The Inger Letter.

With not so much Monday's action, but Tuesday's extension, it's probable (whether it becomes a blow-off or not) that we move above the S&P “zone,” so that would mean challenging S&P 3630-3650 overhead resistance. I noted last week that while I won't embrace the idea of 4300-4600 near-term; I was ok with 3800; and note that we had worked-off some overbought aspects.

(Below: above the yellow line you see what I call the recent “overshoot” that has ended for now at least.) 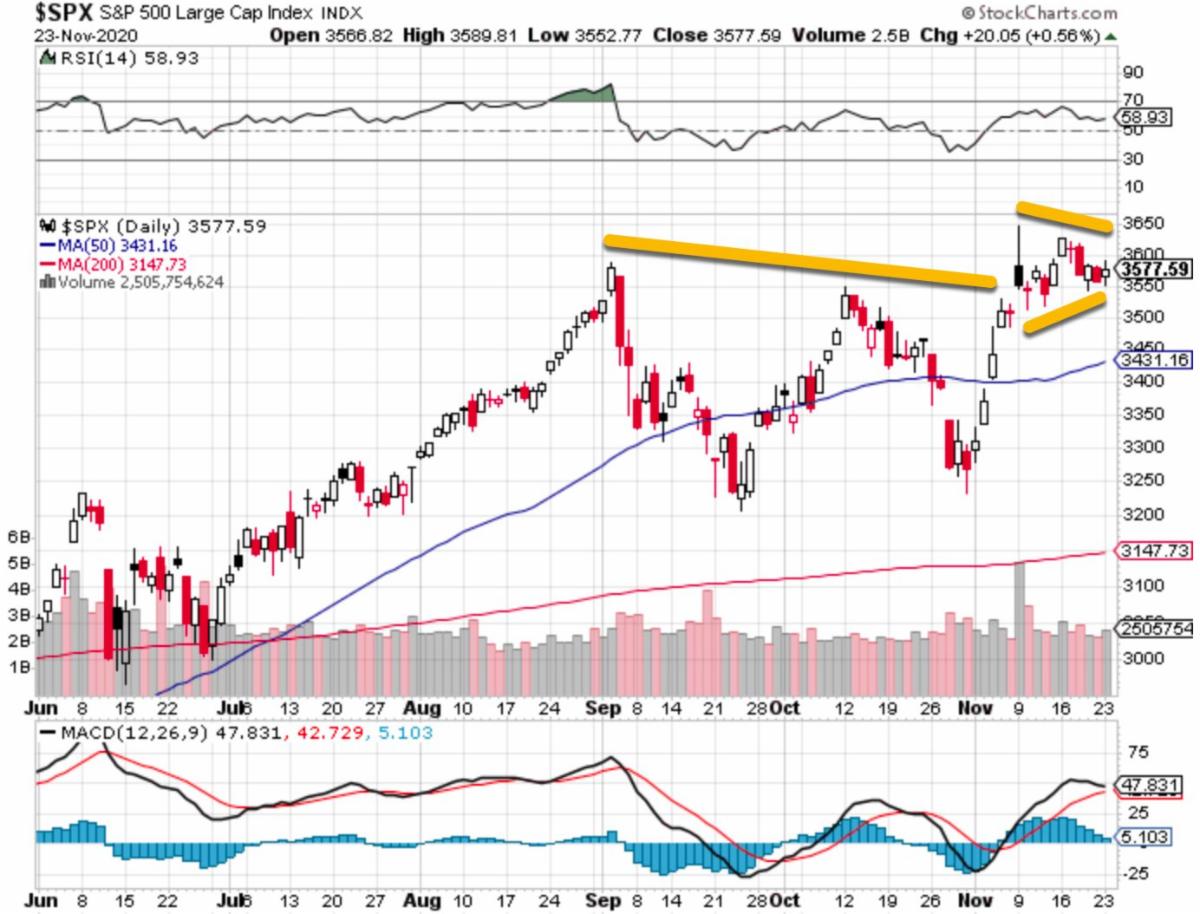 I am not against S&P 3800, which generally will be targeted; albeit not all with one session. Primarily this would occur because of the “dovish” appointment of Janet Yellen, but perhaps more a function of essentially pressure that caused Donald Trump to yield today to pressure from many Republicans, believing it necessary for the nation's good or at least the population having some sense of direction and less doubt in all our election systems, whether justified or not.

As you likely know, earlier in the day Michigan certified the votes; essentially following Pennsylvania, and negating continuation of political theater, taking off the table the concerns of an electoral fiasco or (apparently further discord by going to SCOTUS or eventually the floor of the House). Again presuming. 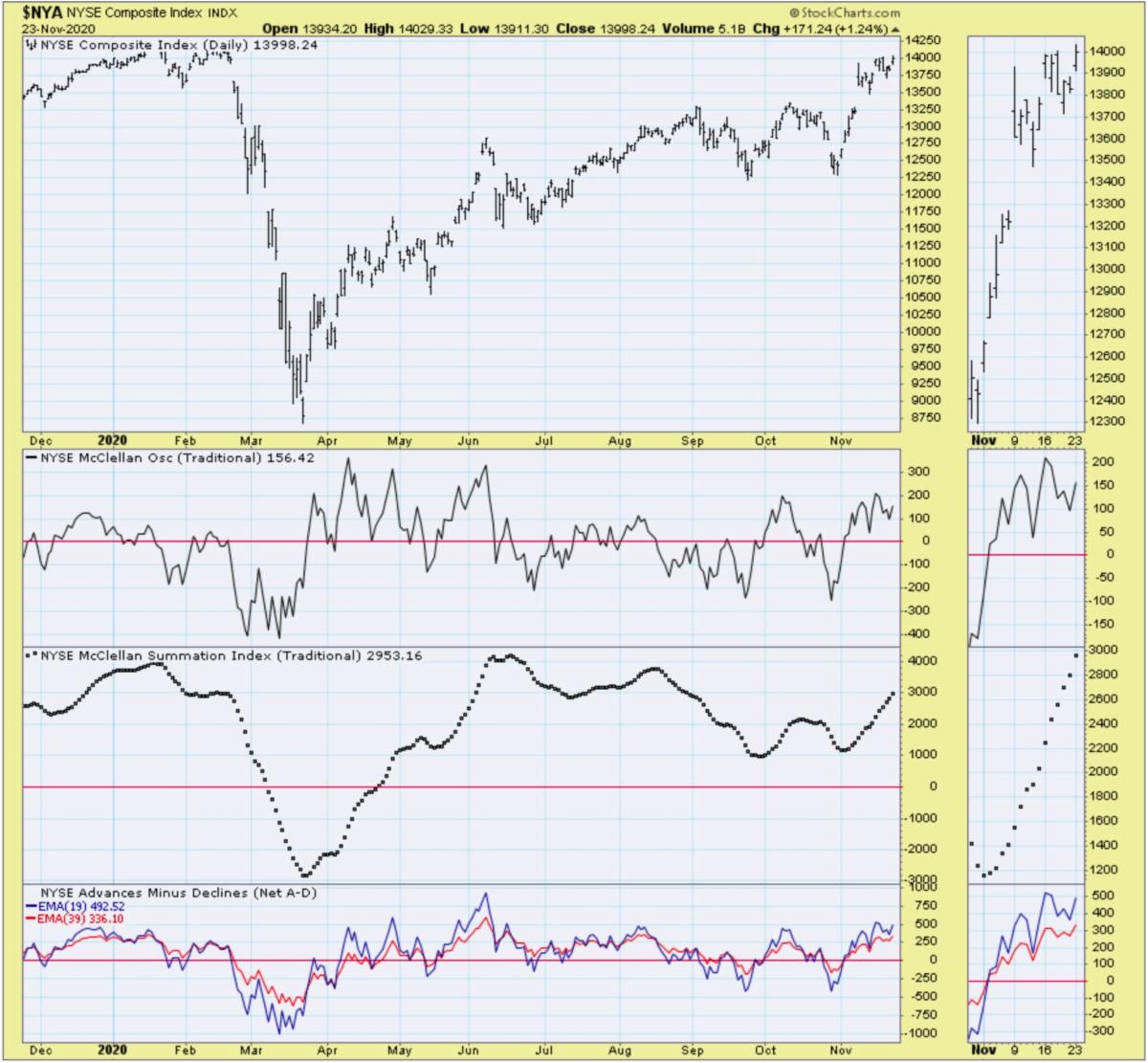 The key beyond the mixed news on vaccines (market liked but I have doubts in some respects), but the pause after the first run-up was contained as I thought anyway, but Yellen to the Treasury surely did help S&P hold traction for the rest of the session.

Treasury has less influence on regulatory matters than the Fed where Janet Yellen put caps on Wells Fargo (WFC) on her last day as I recall. Although generally the market seems fine with her selection as it's absolutely mainstream, hence not conducive to “left-wing” pressure (she also had a background as a labor expert in a prior life). I am not unimpressed with most Biden picks so far.

I do want to commend the Trump Administration for working with Israel right now trying to make a deal with Saudi Arabia (who denies that Natanyahu was with Secretary Pompeo on a trip to the kingdom this weekend). I am concerned that the new Administration will try to back into an Iran deal on unfavorable or risky terms, and that has to be viewed cautiously. The same guy who made it on behalf of the Obama Administration is coming back into government. Iran wants the deal, so Biden needs to demand a lot of changes for us to do that. 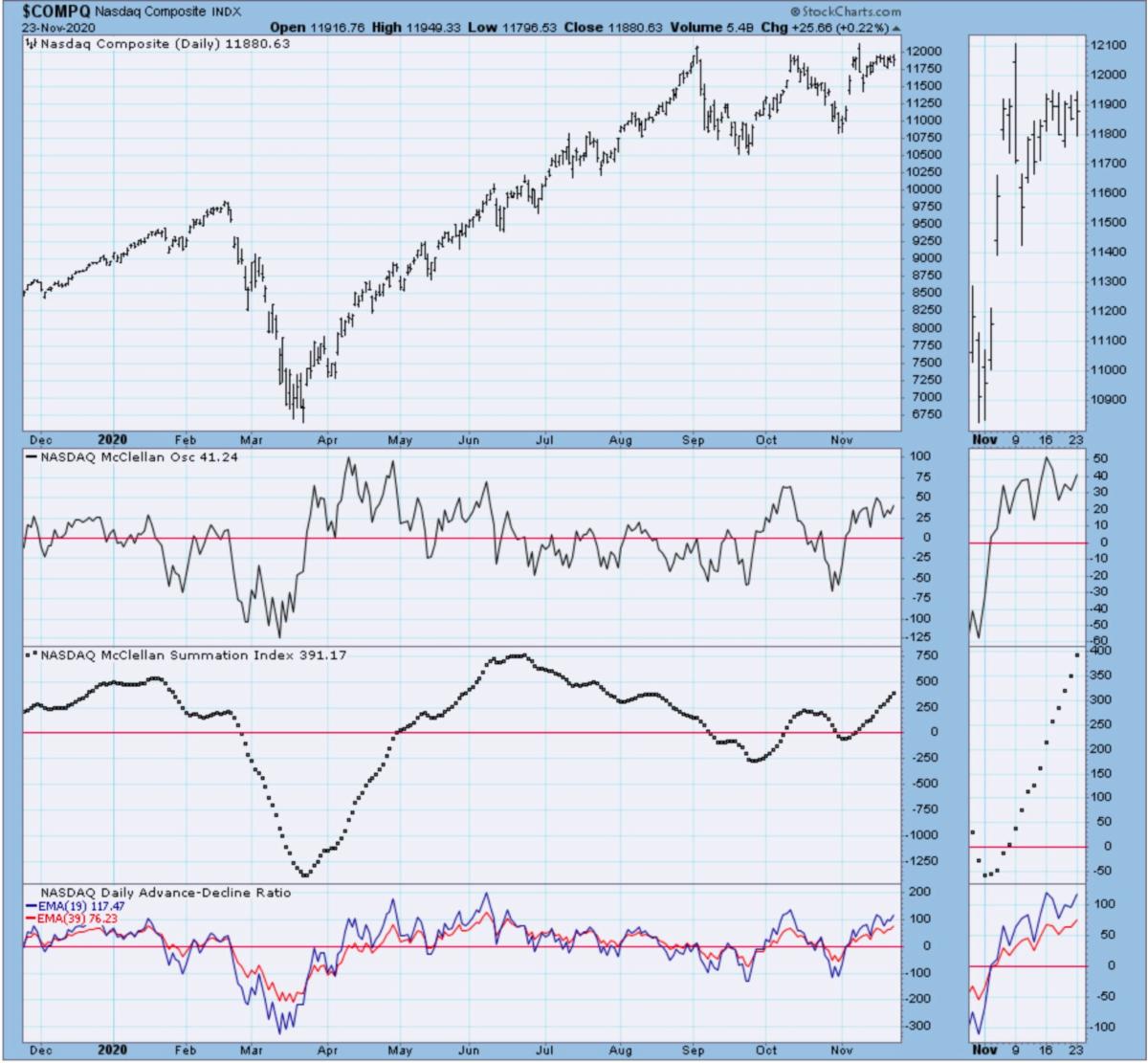 Also, retail numbers were pretty good. The tendency is to hold together during Thanksgiving week, and with the broken-up trading, you tend to get rallies just a bit earlier in the week, with perhaps narrower swings around the holiday as thinner attendance and activity would be expected (hard to say this year given nobody is really at the NYSE if they can avoid it, or in any trading rooms other than basic skeleton staff, which evidences how remotely is truly feasible). 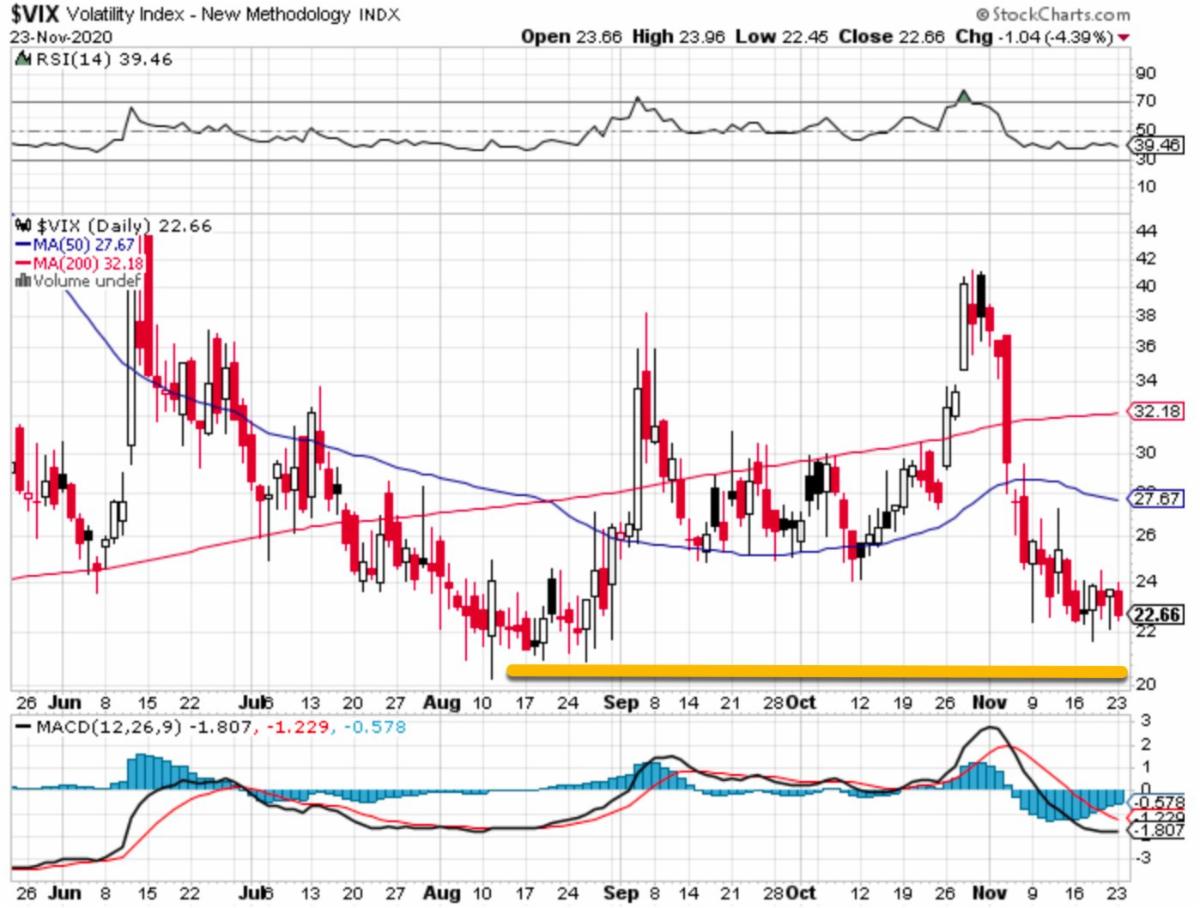 Conclusion: the market is nearly “full bull” as some might put it, but this beat persists until it doesn't. And closure to the contentious election might help. For sure arrival of antibody therapeutics on a mass-scale would help too.

Learn more about Gene Inger at The Inger Letter.

Thanks to the Federal Reserve and the ever-present “Buy-the-Dip” crowd, I don’t ex...