ET: An MLP to Phone Home About 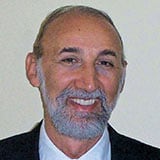 A couple of weeks ago I had an extended exchange with a friend of mine who is an oil man in Oklahoma. He's very smart and very rich, so I pay attention to his opinions, asserts Jack Adamo, editor of Insiders Plus.

Despite the weakening economy here and abroad, which he acknowledges, he believes oil prices are going to get considerably higher in the next few years.

I'm still looking at some of the oil patch stocks he likes, but Barron's recently had an Energy Roundtable in which several top talents in this area gave their views of the current investing climate. Several analysts had overlapping recommendations, but I was particularly impressed with one analyst, Chris Eades.

There were two companies I was particularly interested in and I am going to recommend one of them for now; it is Energy Transfer LP (ET).

All the analysts agreed that companies with assets in the Permian Basin and the Marcellus Shale Formation had the most value. The former formation is in Texas and New Mexico; the latter is in New York, Pennsylvania, West Virginia and Ohio.

This is all well known in the industry; these are massive formations. I have only one reservation about it, my friend in the business said that the surfeit of small drillers there were probably near exhaustion in their most profitable wells.

Fracking initially produces oil faster and cheaper than deep drilling on land or in water, but the life of the wells is very short. Large companies have positions in the regions too, so demand will continue, but the small fry may be going belly up.

To whatever extent that might affect the volume of product that needs to be moved by pipelines, that would affect the earnings of these midstream MLPs.

We don't know at this point whether this will be a significant problem, but at least one of the analysts, who was not as bullish as the others, delineated problems he saw in some companies; running out of volume from either basin was not among them.

So, if there's a problem there, it's probably down the road a piece, and as with every one of our holdings these days, I'll be watching for signs of weakness.

The group roundly agreed that the price of oil would not be a problem unless it fell below $45/bbl for some length of time. That might decrease production. The pipeline companies don't make money from the price of oil or gas, but on the amount transported.

Energy Transfer has a recent yield of 7.9. However, to get the most benefit out of MLPs, you should not put them in tax deferred accounts. Your pre-tax yield will be the same, but MLPs typically have part of their distributions free of tax, since they are considered return of capital.

It may not make a big difference for you, depending on your tax situation and the amount of the distribution that is considered return of capital in any given year, but there will probably be some difference. Energy Transfer LP is a buy up to $15.60.