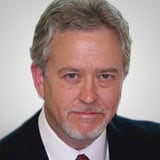 We are beginning to see more money come into the gold mining space. Senior gold producers have been the primary beneficiary so far as investors have begun to rotate money to these names, asserts resource sector analyst Ralph Aldis of US Global Investors.

The senior gold miners have also delivered a disciplined year of consolidation. Now, if they are going to try to grow their reserves and resources and not go buy an exploration mining company with a property of merit, they are going to drill.

And that is where Major Drilling Group International (Toronto: MDI; OTC: MJDLF) is going to benefit from the exploration cycle first.

As gold peaked in the earlier part of this past decade, Major Drilling’s returns on invested capital breached 20 percent but began to fall with gold prices and reduced drilling demand.

Demand is now on the rise as Major Drilling’s cash from operations nearly double over the past quarter, delivering a windfall of free cash flow for the quarter.

For those comfortable with a penny stock in the gold sector, TriStar Gold (Vancouver: TSG) (OTC: TSGZF) is a top for speculative idea for the year ahead.

The biggest issue in the exploration space over the last couple of years is securing funding. Nick Appleyard, President/CEO of TriStar Gold was able to bring in US$8 million into the company from Royal Gold, Inc. back in May 2019.

Over the last three years, TriStar has grown the resource by a factor of seven to a its current 2.0 million ounces with further untested ground within the paleoplacer gold deposit of Castelo de Sonhos.

With companies like Equinox Gold Corp. stepping in to takeover LeaGold Mining Corp. creating a very Brazil-centric gold mining company, maybe there is room for further consolidation in the future.

(Editor's note: Last year, Ralph Aldis recommended Wesdome Gold Mines (Toronto: WDO) as a Top Pick; the stock has risen 126% percent. Aldis notes, "While the company has not been the subject of a takeover, that possibility certainly still exists for 2020.")