Cryptocurrencies: A Hybrid Cross between FX and Equities 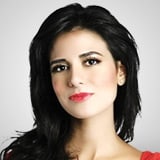 Before Bitcoin became the celebrity of financial assets in 2017, people associated cryptocurrencies with the traditional forex market, writes Kiana Danial.

If you’re looking to get involved in cryptocurrency trading, it may help to consider it as a cross between forex trading and stock investing.

Before Bitcoin became the celebrity of financial assets in 2017, most people associated cryptocurrencies such as Bitcoin with the traditional forex market because “cryptocurrency” includes the word “currency,” and crypto owners hoped to use their assets to make payments. In fact, they arguably were created as an alternative, non-centralized payment mechanism.

However, as cryptocurrencies evolved, they grew to have a lot in common with stocks. For one, many investors turn to both stocks and cryptos for capital appreciation. When their respective markets are strong, you can generally expect to benefit from price appreciation. Both asset classes are highly correlated internally. A rising tide tends to lift most stocks or cryptos and visa-versa as was illustrated across the crypto universe in 2018.

New crypto token ventures were often launched through initial coin offerings (ICOs), which appeared much more like an initial public offering of a stock than a launch of a new currency. In fact the expansion of ICOs garnered the attention of the Securities and Exchange Commission (SEC), which prior to this seemed content on allowing the Commodity Futures Trading Commission oversee cryptocurrencies. But the movement towards what appeared to be securities offerings pushed them to get more involved.

Another thing cryptos and stocks have in common is that there are thousands of cryptocurrencies and even more stocks to go through before picking the right one.

When it comes to forex, there are only seven major currencies you’d need to keep up with on your portfolio. When you participate in the forex market, you don’t necessarily invest for long-term capital gains. Currencies futures and the spot market is basically an insurance market, like most derivatives. The target user is a business with risk exposure to one currency that they wish to hedge. For the most part—unless you live in Venezuela, or another country facing hyperinflation—cryptocurrencies are not a hedging mechanism.

Even the most popular currencies such as the U.S. dollar are subject to volatility throughout the year. A good U.S. economy doesn’t always translate into a stronger U.S. dollar. Heck, some countries, particularly countries that rely on exports such as Japan, prefer to have a weaker currency because it supports exports. If their currencies are stronger than the currency of the country they’re trying to sell stuff to, they get a lower rate to sell the same product abroad than domestically.

Participating in the forex market as an investor mainly consists of short-to-medium-term trading activity between different currency pairs. You can buy the euro versus the U.S. dollar (EUR/USD), for example. If the euro’s value appreciates relative to the U.S. dollar’s, you make money. However, if the U.S. dollar’s value goes higher than the euro’s, you lose money. And as noted above, a great deal of trading activity in forex has to do with international trade and hedging exposure to a currency other than the currency of the country you are based in.

Analyzing the forex market needs a very different approach when compared to stock and cryptocurrency analysis. When looking at the forex markets, you need to focus on the issuing country’s economy, what is it major exports, its growth forecast, inflation rate, interest rate and political environment. Some traders simply like to trade the currency of a country with higher yielding interest rates vs. lower yielding interest rates (the carry trade). Some countries’ currencies —like Canada with crude oil—are highly correlated with a commodity.

On the other hand, just like the forex market, you need to trade cryptocurrencies in pairs. For example, you can pair up Bitcoin (BTC) and Ethereum (ETH) against each other. You can even pair up a cryptocurrency such as Bitcoin against a fiat currency such as the U.S. dollar and speculate their value against each other. However, in these cases you need to analyze each currency, crypto or fiat, separately. Then you need to measure their relative value against each other and predict which currency will win the couple’s battle in the future. This was probably a safer trade in 2018 when cryptos, as an asset class, was tanking.