Euro Oversold vs. the Pound

There is an interesting set-up in front of Brexit deal negotiations in the EURGBP, reports John Rawlins.

Looking over the breadth of markets covered by the QuantCycles Oscillator, one thing becomes abundantly clear—the British pound is extremely overbought.

This is a reaction to positive news on a potential Brexit deal. (Also looks at today’s post by Adam Button).

While traders should be cautious putting on positions in the pound while the Brexit wild card is still likely to create two-way volatility, we decided to share the most relevant pound-related pair.
The EURGBP pair is oversold on the long-term oscillator (see chart). 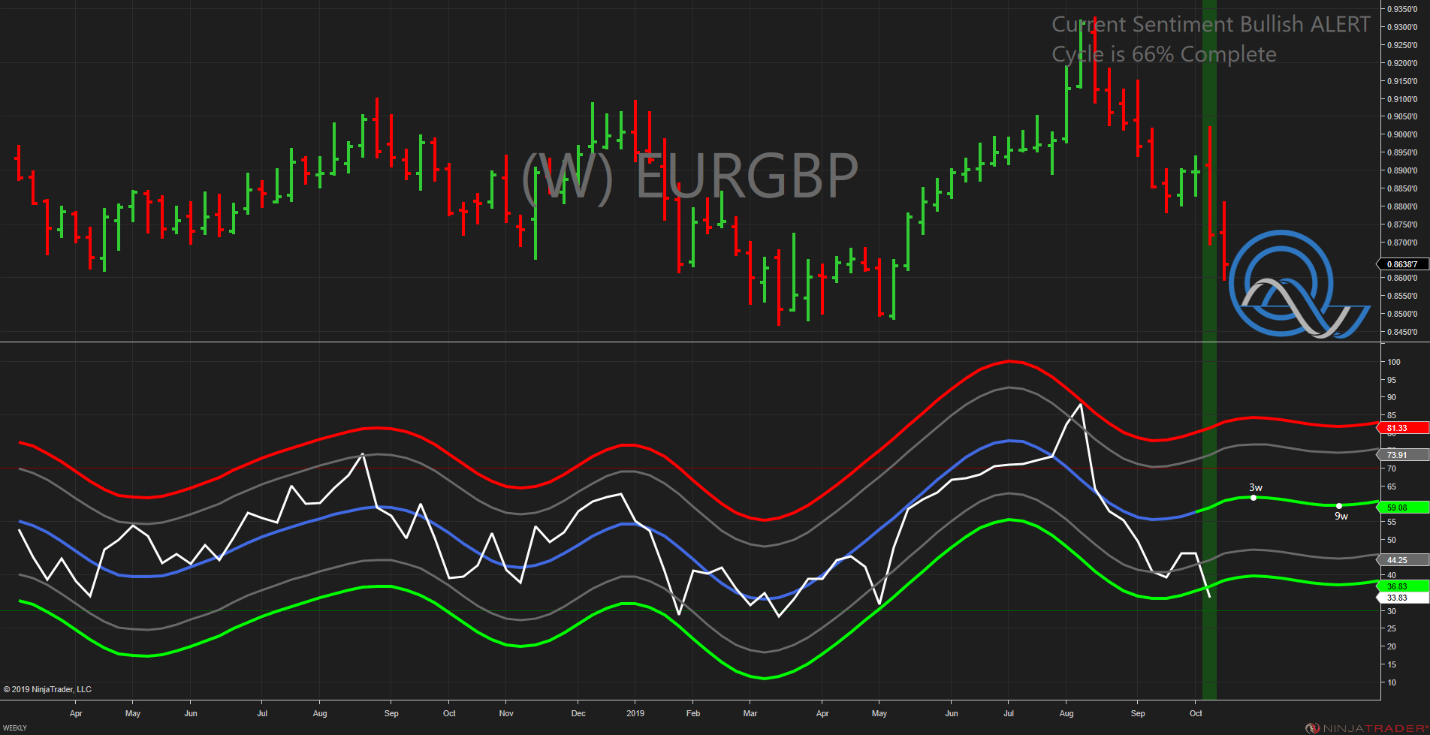 The Brexit-related sell-off in the EURGBP has gone counter to the QuantCycles Oscillator, particularly the daily. This has pushed the daily near oversold territory as well (see chart). 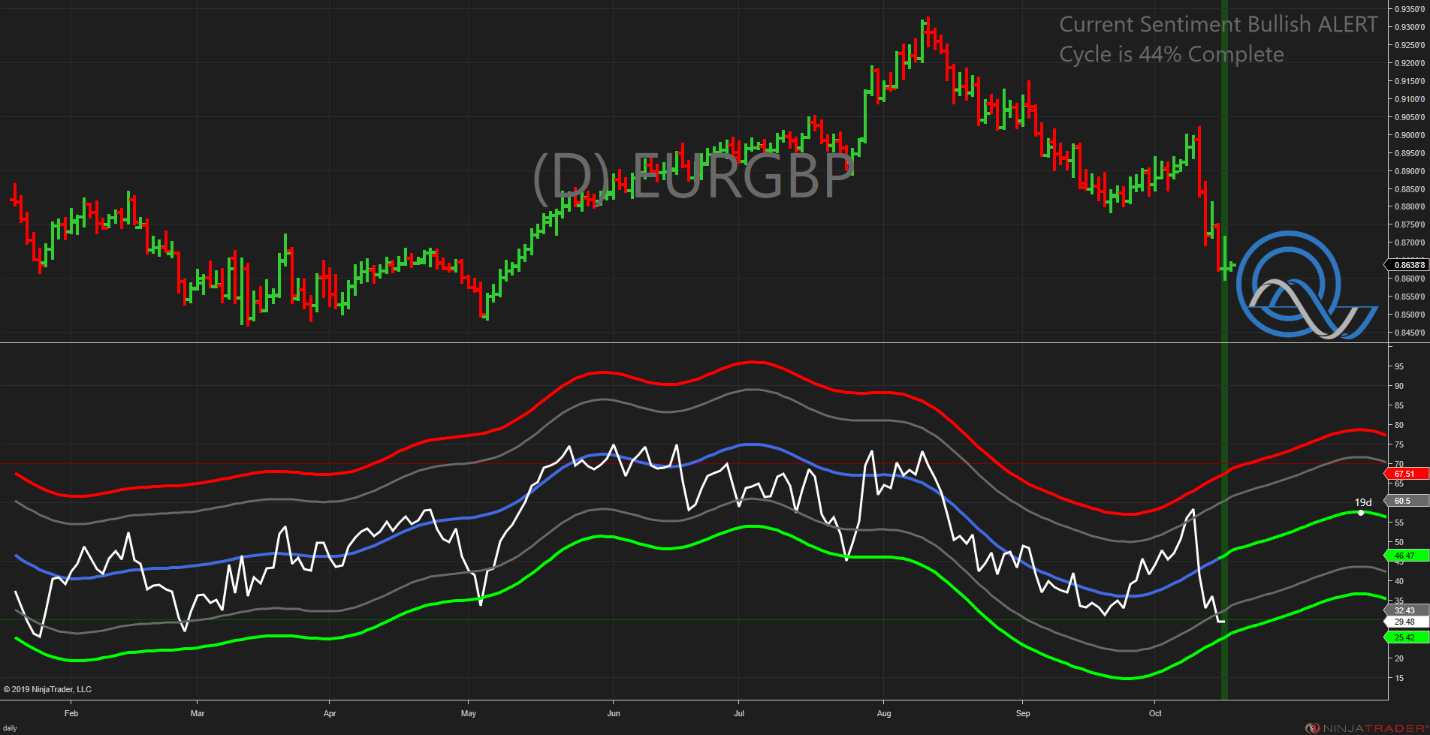 While fundamental news could easily overwhelm our cyclical indicator, the short-term (four-hour) oscillator in the EURGBP is also screaming “Buy.” 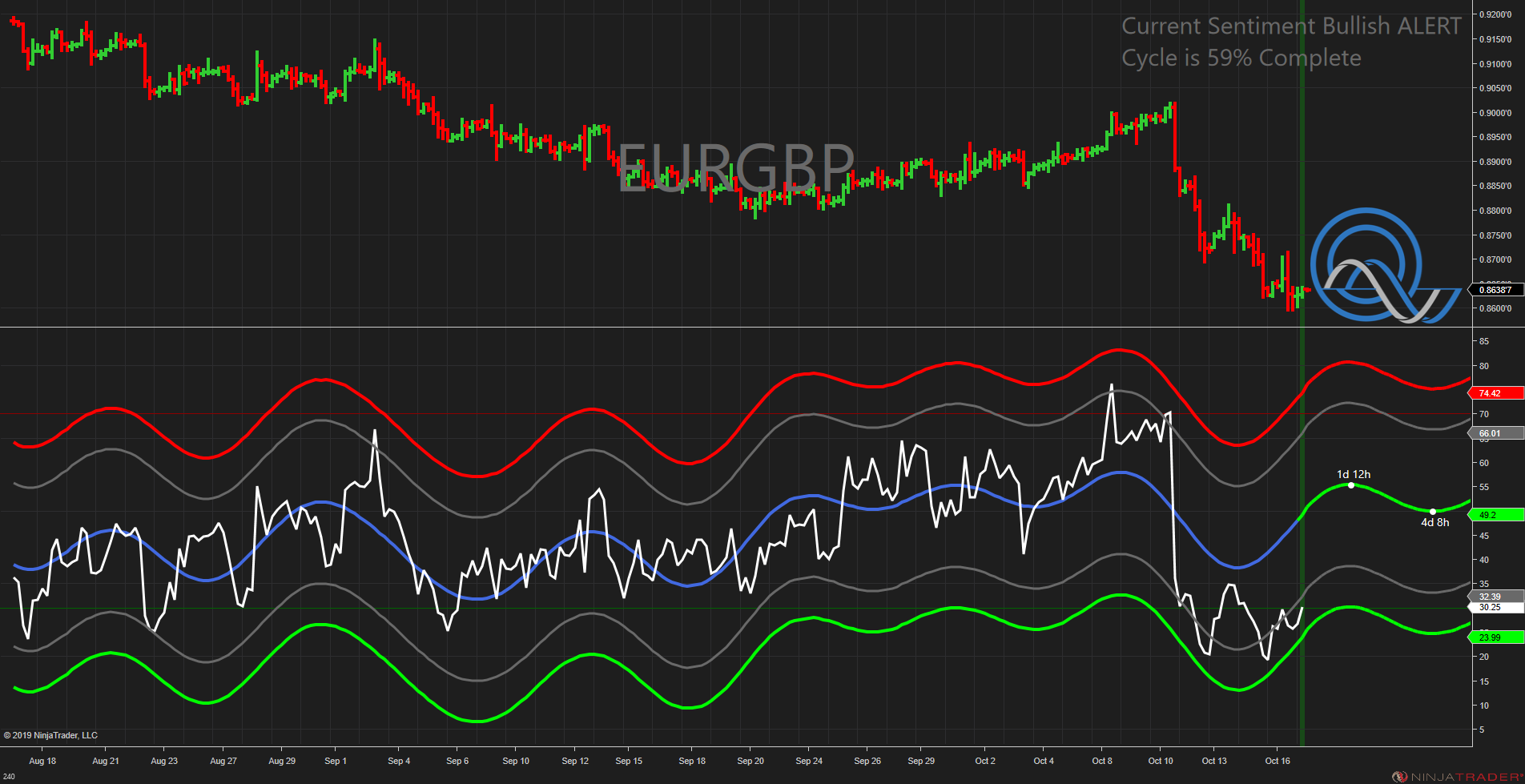 As you can see, there is a double bottom followed by an up move. Bearish news on Brexit, or a buy the rumor, sell the fact reaction to a deal could cause a long EURGBP trade profitable.

Despite a spike in Covid-19 cases, there are signs of economic optimism, reports Adam Button....