Market Breadth Has Been Strong This Month

The major indices (SPX, NDX, DJX, and RUT) all made new all-time intraday and closing highs this past week, states Larry McMillan of Option Strategist.

SPX should have support at the previous all-time highs (which were also the December highs) near 3870. Below that, there is obvious support at 3700 (the January lows and the bottom of that brief selloff at the end of January), and then the important support level at 3630 (the December lows). I am still classifying the 3630 level as the most important of these because a) the SPX chart would take on a negative slant if that level were broken and b) there is an old adage (and adequate proof) that breaking the previous December's lows can be the onset of a bear market.

Equity-only put-call ratios remains at very low (overbought) levels on their charts but show no signs that they are reversing that condition. The standard ratio (Figure 2) is now at its lowest levels since February 1999. The weighted ratio is not at new lows, but not far from them, and neither of these ratios will really be on a sell signal until the ratios begin to rise sharply.

Volatility is remaining bullish as well. The VIX "spike peak" buy signal of January 28 is still in effect. Also, the trend of VIX is down, as it is below its declining 20-day and 200-day moving averages. Thus, those are positives for the stock market.

In any case, the sum of the evidence is still bullish at this time. The SPX chart is trending higher and will be in a bullish state unless some of the support levels are broken. Thus, we maintain bullish short- term positions, rolling up call strikes as the underlyings advance and raising trailing stops. 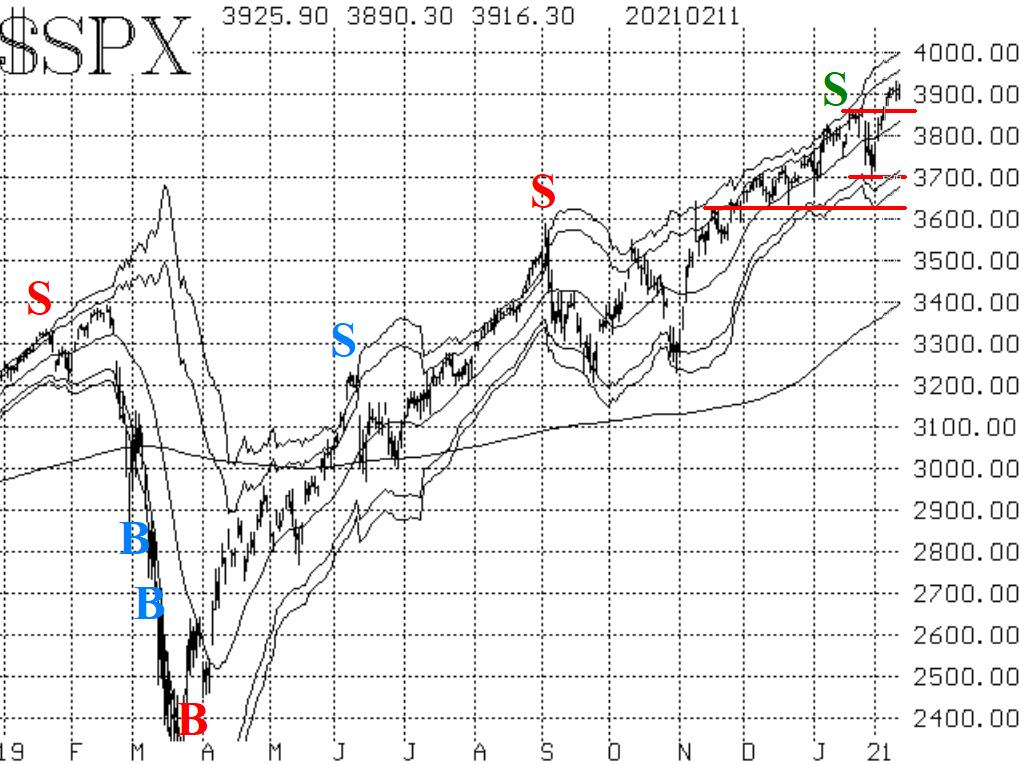 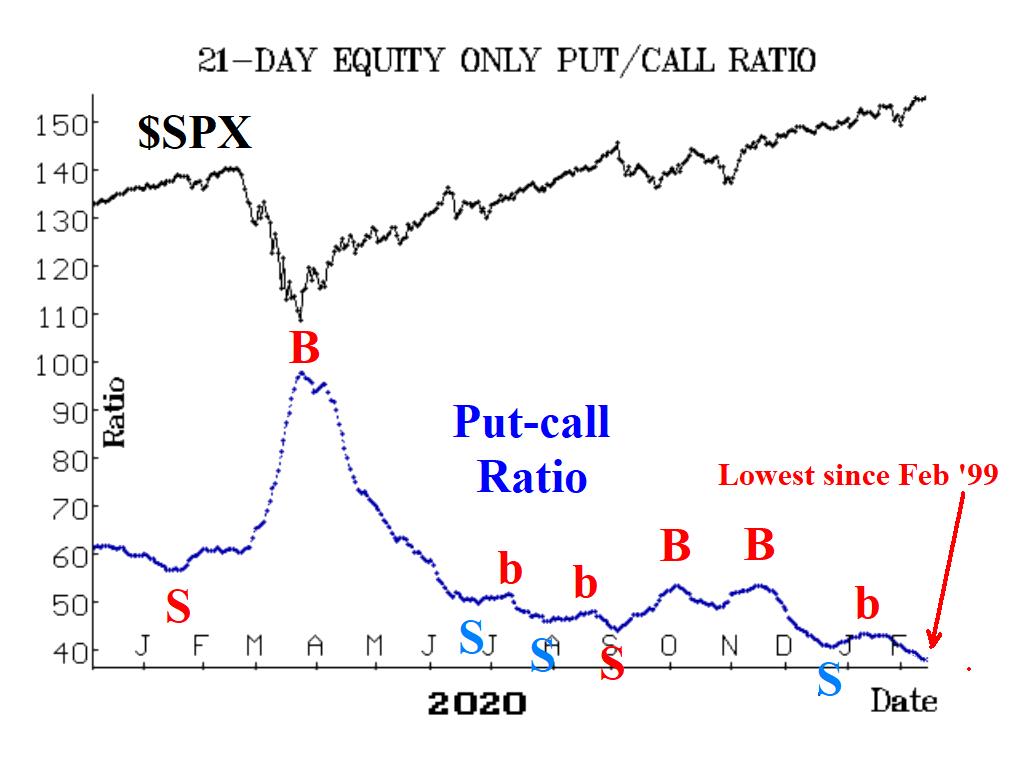 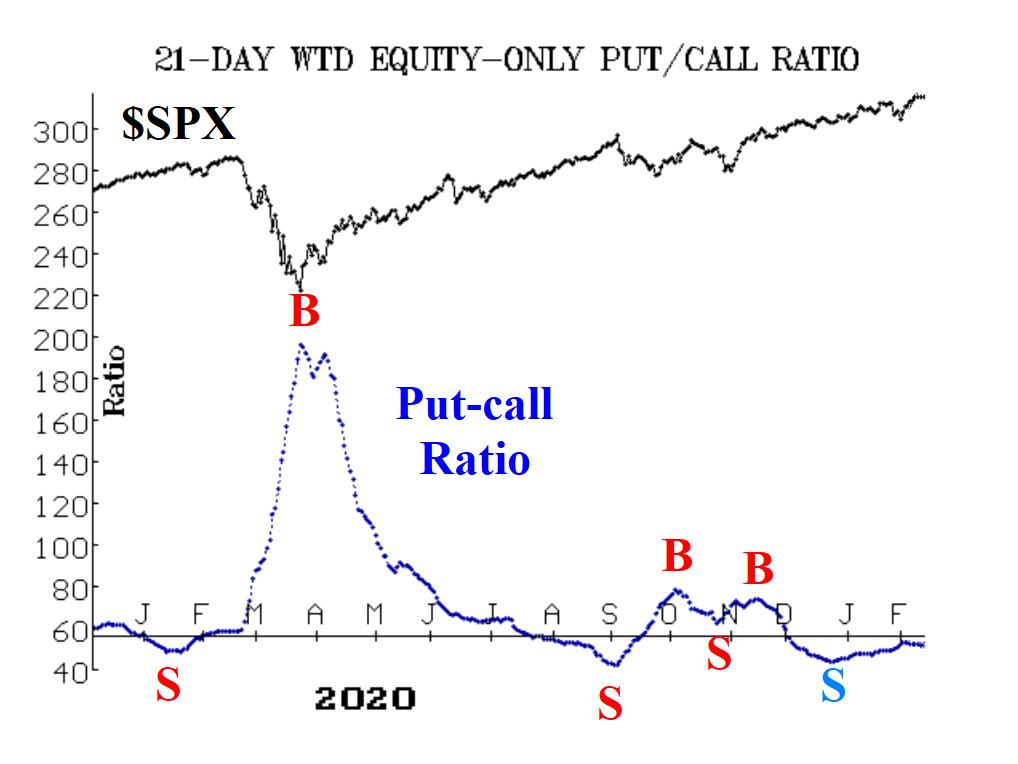 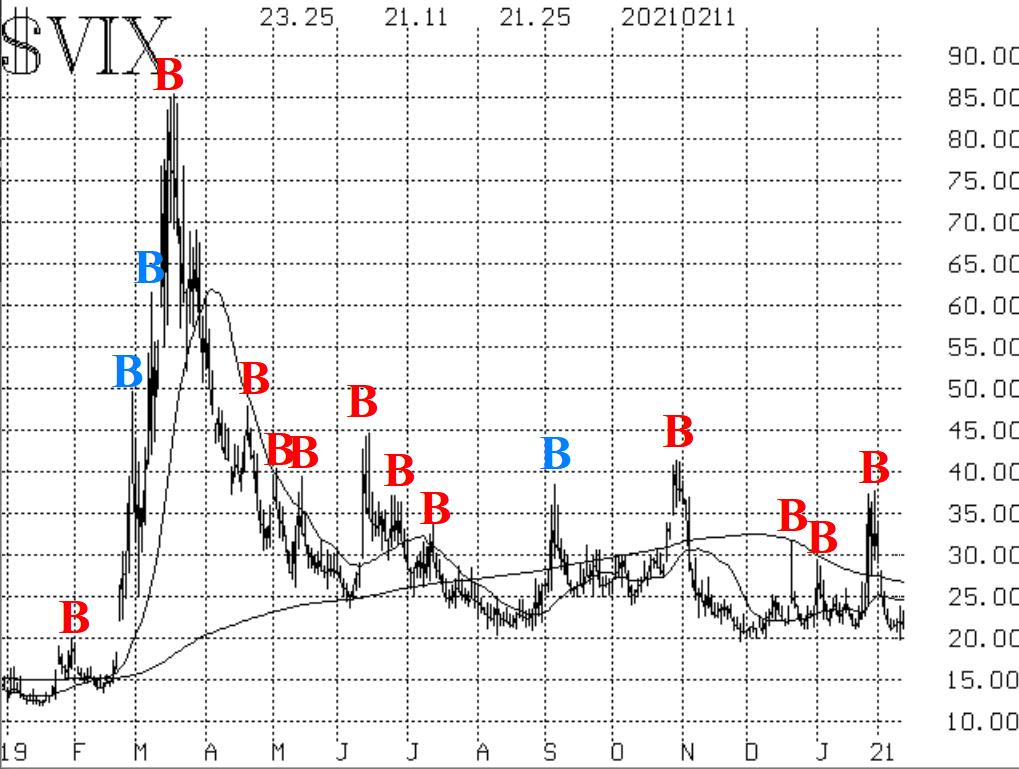