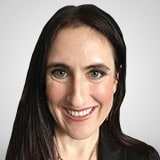 Too many traders constantly jump from one method to another instead of mastering one approach and refining it, says Toni Hansen, who also covers crucial risk management mistakes to avoid.

I think a big common mistake is people jump back and forth. They’ll come in thinking, “Oh, I’m going to try this and this on this time frame, and I’m going to use these indicators,” and they don’t get that instant satisfaction of it working, so then they jump and try something else.

Indicators are really one of the biggest downfalls. They’ll hear somebody say “Oh, you have to try this one,” we’ll just say Bollinger bands or something, and they don’t recognize that it takes a long time to learn how to use an indicator correctly. Because they don’t work the same in all market environments.

Even moving averages—a simple 20-period moving average can work great in a trending environment, but if you’re falling into a trading range or congestion, it doesn’t work at all.

They try to rely on these things that are not really…they don’t really understand how they shift, and they don’t take the time to learn how they shift. Then they try something else and same thing repeats over and over again.

Then they just end up frustrated. They don’t know what to go to next. It’s really just that they start too complicated. You have to start really simple.

You’ve got training wheels on a bicycle to start with. You just really have to take that approach. Start slow, start with something that you’ve seen work over and over again, get the confirmation that it works, and then add to it.

When I started trading, for instance, I just knew that things like a five-day pullback into a 20-period moving average (MA) often gives you a nice continuation move.

That’s all I really started with, and I would test out different things and would get the confirmation of “Well, this works, and this doesn’t.” It’s just start with a simple idea and build and stick to that idea—unless it’s really far out there and it’s really not working at all, then try something else.

When it comes to risk management strategies, using stops by percentage, dollar amount, scaling in, there’s a lot of different ways that you can play stops. I guess as far as risk management goes, I base it on a risk for my entire account. I’ll take a percentage risk on a trade that would affect my account by a certain percentage.

Let’s say you’ve got a smaller account, maybe $20,000 or $25,000 and you’re trading stocks or something, then you don’t really want to go over about 1%. Especially if you’re daytrading on a position.

The amount of shares you’re going to take if you’re trading stocks is going to vary depending on what that set-up is, but your loss is going to be the same.

If you’re sticking to one set-up to start with and really getting a good feel for that set-up, you’re going to know that you're risking $100 and this strategy is usually good for twice that so many percent of the time, and you can really build that core from it.

As opposed to a percentage-price move on a security or something like that. You might lose a lot more on one set-up and make a lot more on another. And if your stops are larger, you’re going to get blown out easily and it’s just not a good way to do risk management, I don’t think.

You also have to know when to admit that you’re wrong. That goes into having a good trading strategy in the first place and a good trading plan and sticking to set-ups that you really have had time to develop.

Just by looking at what I call “building blocks”—these are different things that go into the price development of a strategy—and they’ll vary from one set-up to another, but they affect the outcome of the trade.

You can develop that ahead of time, but you always want to have a stop system in place. Even a trailing stop, an adjusting stop system, so that you’re never risking more than that initial risk, and you’re not going to blow up on one trade.