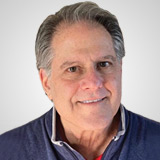 It all started back on September 13, 2021, with a potentially bullish technical signal in our work on SPDR S&P Oil & Gas Exploration ETF (XOP), says Mike Paulenoff of MPTrader.

I stated, "I am not sure what the backstory is on this potentially very bullish technical setup (inflation, delivery problems, confrontation in the OPEC producing states, frigid winter in the US and Europe?), but one look at my attached Big Picture Chart suggests strongly that XOP has been under accumulation for nearly two years, three months, and has carved out a large inverse Head and Shoulders Bottom.... From a nearer-term perspective, XOP today is trading above all of my near and intermediate-term MAs, which are clustered together in a relatively tight area beneath the price structure, 'threatening' to propel XOP to the upside towards a confrontation with multi-year resistance at 98 to 100...if taken out, will trigger much higher projections for XOP."

Later that afternoon I added, “Isn't it ironic that the oil sector could be on the verge of a powerful upside acceleration when the global push for clean everything is being ratcheted up more than ever before? The fact of the matter is that it could take at least ten years to shift away from fossil fuel, which leaves plenty of time for traditional energy prices to skyrocket both from a supply-demand perspective, and from an inflation-expectation perspective as well."

Since that mid-September technical alert, XOP rocketed from its then-price of 87.13 to a two and a half year high at 112.85 on November 8, a vertical climb of nearly 30%, prior to a pullback to test support in the vicinity of the 200 DMA.

XOP dipped to as low as 88.02 low on December 21, prior to pivoting into a new vertical after holding above the 200 DMA on a closing basis. It has since climbed 26% to revisit its early November high at 112.85.

What's next for oil and for XOP? Both oil and XOP exhibit very powerful near- and intermediate-term technical trajectories ahead of my next upside projections to $92-$96 and to 114-116, respectively. Will there be brief, possibly violent, pullbacks along the way? Probably.

However, fundamentally, the fact that oil demand is running ahead of supply, lack of excess capacity is deepening, oil discoveries are at multi-decade lows, and the green revolution is curtailing nuclear energy production amid an overarching hostile environment for shale production in the US and around the globe—all these factors are combining to form a particularly bullish background story for the energy sector during the weeks and months ahead that argue for much higher targets for both crude and XOP beyond my next upside projections.

Mike Paulenoff is co-founder of MPTrader.com, a live Trading Room featuring his analysis of equity indices, commodities, cryptocurrencies, and trending stocks and ETFs.