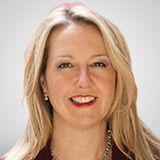 If you’re a day trader, you’re probably familiar with Jack Kellogg. If you haven’t heard of him yet…well, he’s kind of a big deal, states Kim Ann Curtin of The Wall Street Coach.

As The Wall Street Coach Podcast host Kim Ann Curtin puts it, “Not only is Jack a world-class trader but a world-class human being.”

In this interview, you’ll discover a side of Jack that few people have seen or heard before. In this combo episode featuring an interview coupled with a live Twitter Space recording, you’ll learn about the emotional side of Jack’s trading—including an honest discussion of his emotional struggles even in the face of success, and how he worked with Kim as a coach to develop more EQ and balance in his life.

There’s no doubt that everyone who listens to this episode is going to grow and stretch and see their EQ raised! Jack is a living example of someone who is unstoppable—you don’t want to miss this!