The Best Tech Stock to Own in December 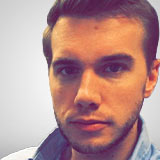 The Federal Reserve's interest rate hike campaign, in conjunction with layoffs from mega firms such as Meta Platforms (META) and Amazon (AMZN), have put the tech sector in focus of late, observes Jake Scott, deputy editor of Schaeffer Investment Research.

As we head into the end of the year, there's another tech name that investors should pay attention today, as it just landed on Schaeffer's Senior Quantitative analyst Rocky White's list of the 25 best stocks to own this month. Specifically, computer hardware concern Western Digital Corp. (WDC) stands at number three of the best performing stocks in December.

According to White's data, Western Digital stock has averaged a December gain of 9.4% over the past 10 years, and has finished with a positive monthly eight of those times. A comparable move from WDC's current perch of $36.30 would put the equity just shy of $40, or levels not seen since the stock's mid-November breakout.

On the charts, Western Digital stock has had a rough go of it in recent months. In fact, over the last six, WDC has shed 41.6%, bringing its total year-to-date deficit to 44.6%. However, the shares still boast a relatively strong 10.9% quarter-to-date lead, with support recently emerging at its 40-day moving average. 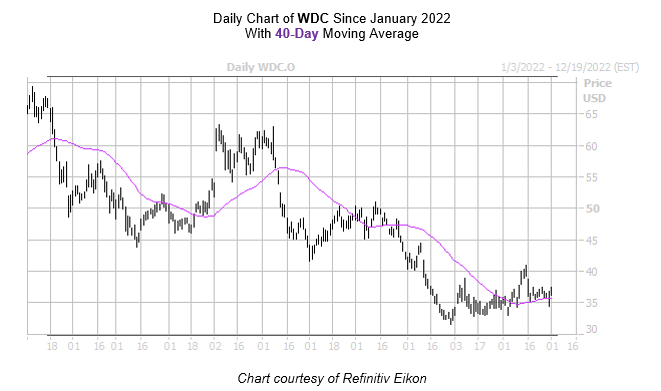 An unwinding of pessimism in the options pits could boost the stock even higher. At the International Securities Exchange (ISE), Chicago Board Options Exchange (CBOE), and NASDAQ OMX PHLX (PHLX), WDC's 50-day put/call volume ratio ranks in the 80th annual percentile.

In other words, puts are being picked up at a quicker-than-usual clip. A shift from the brokerage bunch could also provide tailwinds. While eight analysts recommend a "buy" or better, nine still rate Western Digital stock a "hold" or worse.