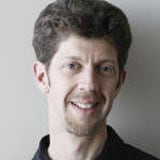 No investor will ever forget the financial crisis of 2008-2009. However, some might not be fully-aware of the lessons to be learned from it, writes Rob Carrick of the Globe and Mail.

1. You need five years in the market, but ten is better.

No matter how hard they fall, the stock markets always come back. They rebounded from the tech wreck in 2000-01, and they did likewise after the more frightening crash of 2008-09. But only now, five years later, is the Canadian stock market starting to get any traction in exceeding its pre-crash high water mark.

That's why a five-year rule is mandatory when investing in stocks. If you can't hold that long, don't buy. Ten years is a much better minimum hold period. While the S&P/TSX composite index gained just 1.3% annually on average over the five years to August 31, the 10-year gain was 8.1%. Both numbers are total returns, which means dividends and share price gains are combined.

The case for long-term thinking can also be seen in the returns of the MSCI Europe Australasia Far East Index (AU:EAFE), which is a benchmark for markets outside North America. Its five-year average annual gain is a puny 1.9% in Canadian dollars, while its 10-year return on an annualized basis is 5.1%.

Individual mutual funds also highlight the need to hold for at least five years. TD Canadian Equity (CN:TDGCNEQ), with a hefty $2.6-billion in assets, lost an average 1.3% in the five years to August 31. For the past ten years, the fund averaged an index-beating 10.1%.

2. We're way too timid as investors.

The most basic rule of investing is to buy low, but what happens when opportunities to buy low present themselves? Everybody instead sells low.

Until a buying spree earlier this year, investors were consistent net sellers of equity funds through the years since the crisis. A historically great sale was held in the stock markets, but investors pulled a lot more money out of equity funds than they put in.

What were investors buying? Bond funds and balanced funds, which offset stock market risk by keeping roughly half their holdings in bonds. Bonds did quite well until this summer, when an uptick in interest rates caused them to fall hard in price. The flood of money out of bond funds has already started—watch for it to pick up if the much anticipated bear market for bonds finally arrives.

Some of the worst sell low decisions were made by income investors who dumped dividend-paying common and preferred shares because of big price declines. The vast majority of dividend-paying companies in Canada, particularly those that are large in size, never missed a dividend. Also, their share prices recovered nicely from the declines of 2008-09.

There's no better example of this than the banks, which saw peak-to-trough share price declines around 50% but maintained their dividends, despite very tough business conditions in the industry. The Big Six banks have gained an average 10% annually over the past five years on a total return basis, and they have resumed dividend increases.

If there is one good thing about the stock market crash, it's that it has given investors an easy stress test to apply to any stock or fund they're considering. Just ask: How did it do in 2008?

3. Canada does not walk on water.

Canadians used to be at least somewhat worldly investors. Years ago, the unchallenged giant of the mutual fund industry was a global equity fund called Templeton Growth (it's still around, but much smaller). Then came the commodity boom of the past decade and a long period of outperformance by Canadian stocks. Today, a lot of investors have only token amounts of US and international exposure, or none at all. And it's hurting them.

While the Canadian stock market gained an average 5% in the past three years, the S&P 500 rose 17.9% in Canadian dollars and the EAFE index moved up 9.4%. On a year-to-date basis, Canada's underperformance is even more pronounced.

The durability of Canada's financial system and economy during the crisis is old news. Today, investors are focusing on the fact that out-of-favor commodities account for one-third of our stock market, while financials make up another third. For an affluent industrial nation, we're remarkably light on technology, health care, and consumer stocks. You get a far more diversified mix of companies in the US market.

4. Your portfolio will turn on you if you don't show it who's boss.

Rebalance regularly and take profits. Don't be greedy. There's no more important lesson to be absorbed from the stock market collapse of 2008-09 than that. The plunge was all so predictable. Stocks came out of the bursting of the tech bubble by posting four straight years of double-digit gains. A fifth year, in 2007, was missed only by millimeters.

A sensible way to greet 2008 would have been to rebalance—sell some of your top performing stocks or funds to get back to your original target weighting in stocks. Having stocks rise to 75% of your portfolio from 60% is a sign you've done well. But it's also a loud signal you need to sell some stocks and buy some bonds.

The bond buying spree of the past few years may have given some investors an excessive weighting in bonds and bond funds. In fact, investors may have more bonds than they realize, if they've been using balanced funds as a substitute for equity funds.

Figure on roughly 40 to 50% of the typical balanced fund being in bonds. If you have 40% of your portfolio in bonds or bond funds and 60% in balanced funds, your overall bond weighting could be as high as 70%. That's suitable only for conservative investors who have taken multiple steps to protect their bond holdings from rising interest rates (focus on corporate bonds, keep maturities to five years or less and add some floating rate bond exposure).

Read more from the Globe and Mail here…