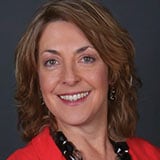 When a stock gets support at its ten-week moving average, it’s a sign that professional investors maintain their confidence in the company’s prospects. Here are three stocks with outstanding fundamentals that are also showing signs of professional buying, from MoneyShow.com contributor Kate Stalter.

There’s been plenty of attention in the past week on gold-mining stocks and even some agricultural-related names. But as I scour my various fundamental and technical screens for watch-list candidates, a number of stocks from other sectors are showing good fundamentals while they approach new price highs.

Before sharing thoughts on some of these, a caveat: As long as the broader market remains in a downturn, it’s a risky environment for buying stocks.

Even a name that’s been racing higher can quickly turn tail if market sentiment becomes more bearish. As we’ve seen, bears can grab control from bulls in a heartbeat, so caution is in order these days.

Among non-precious metals, Hansen Natural (HANS) has apparently been ingesting some of its own products, having staged a big comeback after a 2008 earnings decline.

The maker of energy drinks was a fast price mover in the second half of last year. So far in 2011, it’s advanced nearly 57%.

The stock has been showing a bullish price consolidation after notching gains in each month between January and June. It rallied to an all-time high of $84 on July 5, and retreated as the general market weakened.

It corrected a very respectable 18% before clambering higher early this month in heavy volume. The stock regained its 50-day moving average on August 11, and has been finding support along that key price line as it formed a handle. Its trading range also tightened up in the handle area, a good indication that investors were holding shares at a solid price level.

On Tuesday, shares cleared their intermediate high price of $82, but pulled back. Watch for continued buying above the $82 level on increased trading volume.

Though that would be a solid indication of technical support, investors may want to err on the side of caution and wait for a pullback after the next market uptrend is confirmed.

For more ideas about non-metal names showing potential, try plastic. MasterCard (MA) is another stock that’s been getting good support at its 50-day and ten-week moving averages.

In a weak market, it’s hard for even many strong performers to gain much traction, so MasterCard’s post-earnings pullback hasn’t been much of a shock. But the moving average support is what I’ve been eyeing.

The ten-week support indicates that institutional owners have been stepping in to bolster existing positions with further share purchases. That’s a good sign of confidence about the stock’s future prospects.

Another positive technical indicator is MasterCard’s heavy volume on upside weeks recently, while downside trading has been more muted.

Here, too, analysts expect good things when it comes to future earnings and revenue. Because MasterCard is a debit- and credit-transaction processor, not a credit-card issuer, it stands to grow as more and more consumers worldwide move from paper to plastic. Profit is expected to grow 26% and 18% in each of the next two years.

NEXT: One More Pick from Abroad

Like just about everything else, the stock retreated during the market correction. As of Tuesday, it was trading about 2% below its all-time high of $34.68, reached in July.

Ambev is another example of a stock with heavy upside trade recently, as the stock rallied off an August 8 intermediate low.

The company has notched an excellent track record recently of sales and earnings growth, and Wall Street expects per-share income of $1.72 this year, a year-over-year gain of 19%.

That rate of growth is expected to slow somewhat in 2012, however, to 9%. If fundamental growth slows over the next few years, the stock’s price run could also stall. But for now, the fundamentals and technicals combined indicate a name that could have some potential.

Some Brazilian stocks have taken a hit lately, but Ambev is among those holding up. In a market that’s rewarded investors who could pick and choose among sectors and global regions, Ambev has been a name that’s withstood some of the broader market selling.

As with the other names I’ve noted here, Ambev could be at risk if the market reverses lower again. In the recent high-volatility environment, uncertainty about stocks could spread and hurt even companies that have thus far held up well.

However, if a fresh uptrend does take hold, it could be another name offering an entry point soon.

At the time of publication, Kate Stalter did not own any of the stocks mentioned in this column.

This year will go down in history as one of the rarest and most volatile stock market (both to the d...

There was a significant amount of unusual options activity in Palantir (PLTR) last week, with volume...

Caterpillar, Inc. (CAT) is the world’s leading manufacturer of construction and mining equipme...