Annuities Can Solve the Retirement Crisis 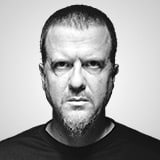 Instead of turning the public against annuities in class warfare, policymakers can emphasize the benefits of annuities and make them a prime part of the solution for retirees dealing with income fears, writes Stan The Annuity Man.

In a previous article I wrote, The Politics of Annuities, I explained how the politicians in Washington have their greedy eyes on the trillions of dollars of annuities already on the books. A few states (California, Nevada) have already instituted a premium tax on income taken from annuities.

As usual, Washington misses the common-sense points on how Americans can prepare for retirement by implementing annuities into their overall financial plan. Politicians always revert back to the tried and true “class envy” card, instead of educating the public on how to achieve the financial independence that Americans instinctively strive for.

Tom Harkin, ranking Democrat member and Chairman of the US Senate Committee on Health, Education, Labor, and Pensions, just released a study called The Retirement Crisis and a Plan to Solve It. A lot of money and time was spent on this study, and some of the findings were shocking. Below are just a few statistics that are surprising, to say the least:

Harkin, in true liberal fashion, offers remedies that most of the “producers” would disagree with because the government is too involved. The solutions offered are mostly a socialistic “redistribute the wealth” utopian dream.

However, he did get one point right: That is, the importance of allocating assets to provide a lifetime income stream upon retirement.

If you are fortunate enough to be one of the few Americans with a pension, let me offer my congratulations. The typical pension (defined benefit plan) is now a dinosaur that has been replaced by the 401k (defined contribution plan). Most 401ks don’t offer a lifetime income option (which is/was the beauty of a pension), and people with 401ks usually shoulder all of the risk of the markets as they plod toward retirement.

The majority of us (including Stan The Annuity Man) have to plan for their own retirement income stream. If Social Security payments are still around, then great, but that program was never put in place to fully cover your retirement needs.

So I’m going to pretend that Senator Harkin has brought in Stan The Annuity Man to help educate the public and Congress on the best way to create a lifetime income stream using annuties. The C-Span cameras are rolling and Stan The Annuity Man is in the Senate chamber answering questions. I’m sitting at the table alone as the sole annuity expert:

Senator Harkin: Stan The Annuity Man, since you are the recognized expert in America on annuities, how would you explain in “simple terms” to the voting public how they should plan for future income?

Stan The Annuity Man: Senator Harkin, there are two types on income plans using annuities, "Income Now" and "Income Later." Both annuity strategies are pure “transfer of risk” plans, and both are contractually guaranteed to pay for life.

Senator Harkin: Stan The Annuity Man, can you briefly explain the details of Income Now and Income Later plans?

Stan The Annuity Man: Senator Harkin, Income Now can be achieved with two types of annuities. The first is a Single Premium Immediate Annuity and the second is a select few Fixed Index Annuities. Both start income streams immediately, and can increase your income payments annually to combat inflation.

Income Later also involves two types of annuity strategies. The first is a fixed deferred annuity with an income rider attached. The second is a Longevity Annuity, sometimes called a deferred immediate annuity. Again, both can increase the lifetime income payments annually with inflation.

Also, these Income Later plans can defer up to 45 years, so younger “working Americans” (your class envy words, not mine!) can start their income planning at a young age. By the way, Senator, all of these strategies protect your principal from market volatility.

Senator Harkin: Stan The Annuity Man, I didn’t know that annuities offered so many options to the public for lifetime income planning. Why don’t retirement plans offer these options?

Stan The Annuity Man: Good question, Senator. In addition to helping individuals, I currently work with retirement plans to offer these choices.

I think that every 401k and all other retirement plans (including government worker plans) should have a lifetime income stream option available. For the people who are already retired, they can build these income guarantees with the best insurance companies in the world, and “transfer the risk” of the lifetime income payments to those companies.

Senator Harkin: Stan The Annuity Man, I think that it is important to educate the public on these fantastic lifetime income choices that these annuity strategies provide. As always, it seems like these private-sector insurance companies have responded to public demand, and have developed very good products for every level of retirement income planning.

Whether Americans need Income Now or Income Later, they can implement these strategies without the help of the government, or being dependent on government, and there is no need to create a law or a regulation to create lifetime income. Stan The Annuity Man and the best insurance companies in the world can do that job for us.

A reporter recently called me the National "Annuity Consumer Advocate" in the same vein as Ralph Nader and Clark Howard are for other products and services. My goal as Stan The Annuity Man is to be that person, and I hope to continually educate the public on the complex and sometimes ugly world of annuities and become the go-to resource for "all things annuity.”