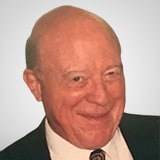 There are 40 quarterly Eurodollar interest rate future contracts extending over the maximum 10-year maturity and each contract with a maturity of three months is based on a hypothetical deposit of $1 million.  Therefore, an interest rate change of one basis point (0.01%) is equal to $25, the tick size of a Eurodollar futures contract.

The market price of a Eurodollar futures contract is shown as 100 minus the annual interest rate for a given expiration month following the standard March, June, September and December cycle; however, other months are included for shorter maturities. These are July, August, October, and November.  For example, on May 16, 2019 the price for the October 2016 contract was 97.6100, meaning that the Eurodollar rate for that maturity was 2.39%. 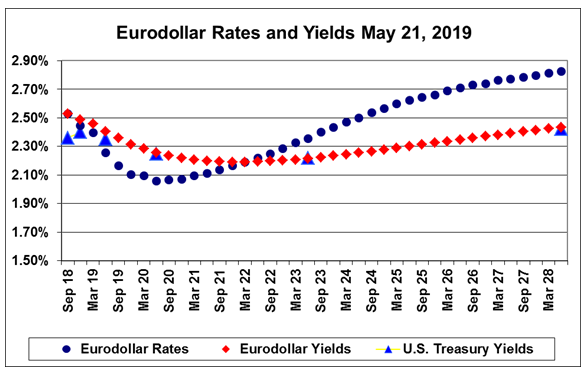 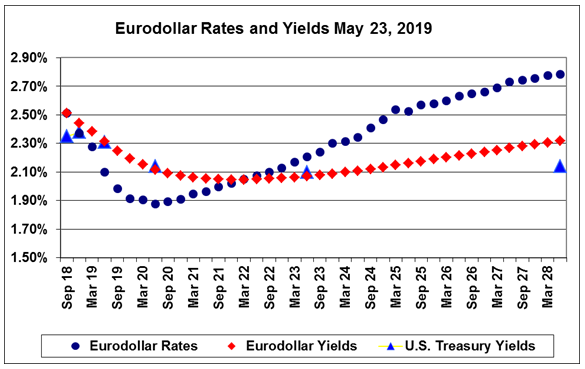 The Eurodollar futures yield curve is computed as a series of geometric means (exponentially discounted averages) of quarterly rates at each of the 40 quarterly contracts. Thus, each quarter’s yield is equal to the chain of products (1+ r) for all of the rates through the current quarter, with the (product of all of the (1 + r) values) ^ (1/current quarter number -1).

At this time, profiting from falling Eurodollar rates will depend on a reduction in demand for short-term money or from a Federal Reserve decision to reduce short-term interest rates.  Since the Eurodollar and Treasury rate and yield curves show an inversion with some short-term rates larger than long-term rates, a correction back to a normal relationship between maturities and interest rates could produce lower short-term rates. Economic forces such as the current trade wars will play a part in rate and yield changes. Right now, we will wait and see what happens.

Not too many financial markets are as organized and predictable as Eurodollar futures. They are interesting to watch and can be a good source of trading profits.