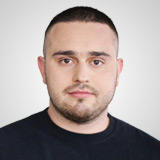 When it comes to Forex trading strategies, it goes without saying that there are dozens of different techniques available for traders. Some of them focus on the technical indicators, while others give preference to the fundamental side of the equation.

Obviously, it is not realistic to cover all those strategies in a single article, however, here we will focus on 3 simple Forex trading methods, which everyone can use, including the beginners.

Firstly, it might be a good idea for traders to take advantage of economic calendars. This lists all the important economic announcements during the week and is freely available at most brokerage companies and Forex news websites. The latest releases, such as the consumer price index (CPI), gross domestic product (GDP), and unemployment rates can have a significant impact on the currency in question and can certainly be a helpful tool for market participants.

Another important indicator traders can use is the purchasing power parity (PPP). This shows the exchange rate at which the average price levels between the countries will be equalized. Consequently, undervalued currencies in the long term tend to appreciate against the overvalued currencies.

Finally, some market participants tend to analyze the latest developments in the commodity markets when trading Forex. The fact of the matter is that some currencies are highly correlated with commodities, therefore, they tend to move in the same direction. Let us now go through each of these methods in greater detail.

Many traders might argue that the interest rate decisions are the most important items on the economic calendar and have the strongest influence on the currency market. Now, that might be true in some cases, however, the problem here is that the market reaction to those decisions is highly unpredictable.

For example, there were several cases when the given central bank decided to hike rates, however, in response to this decision, its currency fell, or remained flat. The reason for this is that in most of the cases the interest rate decision is already priced in before the actual decision is announced.

It goes without saying that the policymakers at central banks do not make their monetary policy decisions at random. Instead, they take a look at such major economic indicators as the consumer price index (CPI), unemployment rate, and gross domestic product (GDP) growth rate.

Consequently, if those indicators show a significant decline, then this can be a major sign of weakness in the economy, and consequently, the central bank is likely to cut interest rates or even resort to quantitative easing.

On the other hand, if the latest economic news releases show a strong GDP growth rate, low unemployment, and rising inflation, then it might be reasonable to expect that the policymakers at the central bank might respond with increasing interest rates, strengthening the currency in the process.

To illustrate the influence of the economic indicators on the exchange rates, let us take a look at this daily EUR/USD chart:

As we can see from the above diagram, the most liquid currency pair in the world has gone through several trends. By late 2017, the Euro has reached a multi-year high level of $1.25, the first time since 2014. However, after several months of indecisive fluctuations, the European currency started to decline, a trend which persisted until June 2020.

One of the reasons for this was the fact that during this period, the US unemployment rate reached record low levels, with a decent rate of GDP growth. The inflation rate in the United States was also higher than in the Eurozone.

On the other hand, the Eurozone economy was still struggling in the aftermath of the sovereign debt crisis. The threat of the collapse of the currency block has been averaged. However, the average GDP growth rate was still below 1%. The unemployment rate did come down during recent years, but during this period it still remained considerably higher than in the US. Finally, the Eurozone inflation rate mostly remained subdued and several times got close to 0% level.

As a result, the US dollar made significant gains against the common currency, with EUR/USD dropping all the way down to $1.07 level, by April 2020. However, as we can see from this chart, since June 2020, there was a major reversal.

The fact of the matter was that the outbreak of the COVID-19 pandemic, with subsequent lockdowns and other measures, had a devastating effect on the world economy. However, the rate of the GDP decline was not the same for all countries.

For example, the latest figures from Eurostat suggest that the Eurozone economy during the 2nd quarter of 2020, fell by 12.1%. It goes without saying that this is very damaging for the economy and it might take a while before it can recover.

However, the latest reports in the US showed a 31.7% decline in GDP, so it was even worse than in the Eurozone. Consequently, it is not surprising that the Euro started to rally and at the beginning of September 2020, it trades close to the $1.20 level, the first time since 2017.

So, as we can see from this example, the latest economic news releases can have a major impact on the currency exchange rates and can help traders to improve their trading results.

It goes without saying that nominal interest rates are important in the Forex market, however, many economists and professional traders also like to take the relative price levels into the account. The purchasing power parity, also known as PPP, represents an exchange rate at which the prices of goods and services between the two countries can be equalized.

As this theory suggests, if the average price of products in a given nation is cheaper than in the rest of the world, then this will attract more importers. As a result, the demand for the currency will increase, eventually leading to its appreciation.

One thing to mention here is that the PPP is a long-term indicator. Therefore, it might have very little influence on the day to day exchange rates. However, this strategy can be helpful with swing and long-term trades.

To illustrate the usefulness of PPP, let us take a look at this daily USD/SEK chart:

As we can see from the diagram above, 3 years ago, the USD/SEK pair was trading close to 7.90 level. At that time, the British financial magazine ‘Economist’, by its ‘Big Mac Index’ claimed that the dollar was undervalued against the Swedish Krona and the PPP level was at the 9.42 mark.

It is not very surprising that the USD started to appreciate, going all the way up to 10.40 by early Spring 2020. However, as we can notice, in this case, it was the US dollar that was overvalued. Therefore, in the subsequent months, the USD/SEK pair faced a sharp correction and dropped down to 8.60.

So, as we can see from this example, it might take several months for the market to adjust the exchange rate in accordance with PPP, however, this indicator can be a very helpful tool for long term trading.

In addition to using methods, described above, traders can also take advantage of so-called ‘commodity currencies.’ This term includes those currencies which are tied to the prices of one or several commodities. For example, Canada, Norway, and Russia are all major exporters of oil. Consequently, the exchange rates of the Canadian dollar (CAD), Norwegian Krone (NOK), and Russian ruble (RUB) are all tied to the oil prices. Consequently, they tend to move in the same direction.

To illustrate this, let us take a look at this daily USD/CAD chart:

As we can see from this image, the US dollar rallied during the second half of 2017, extending its gains well into 2018. However, from June 2018 until January 2020, the USD/CAD pair was mostly confined to range trading between 1.30 and 1.35 levels.

From January 2020, the oil price began its decline, eventually even going negative during April. This led to a significant depreciation of the Canadian dollar, with the USD/CAD going all the way up to $1.45 level.

However, since May 2020, the oil price began to recover, eventually going above $40 during the Summer. As a result, the Canadian dollar erased all of its losses, and USD/CAD returned back to the $1.30 level.

Obviously, oil is not the only commodity tied to currencies. Australia is the world’s one of the largest producers and exporters of gold and silver. Consequently, when the prices of precious metals rise, very often it also leads to an appreciation of the Australian dollar. This is because with higher gold and silver prices the Australian companies have an opportunity to increase their profits, while the government also benefits from increased tax revenues.

The New Zealand dollar is tied to diary prices. The country is the world’s one of the largest exporters of dairy products. As a result, NZD tends to benefit from the rising prices of this commodity.

Therefore, traders can analyze the latest developments in the commodity markets and then can trade those currencies, which are highly correlated with those commodities.

Konstantin has been in marketing and advertising since 2011. After leading marketing efforts of one of the largest financial brokerages and an innovative b2b fintech company, he decided to go solo and is now focusing on consulting financial companies on how to drive the best results from their digital marketing efforts. Next to this, Konstantin has been showing interest in the recent regulation of the most competitive industries – finance and iGaming. Stalk him on Quora or connect via LinkedIn to learn more.