Trading Idea: Below 2745, Everything Treated as Dead Cat Bounce 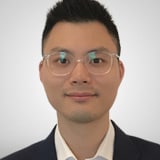 Monday’s session was a doji range day with the S&P 500 (SPX) repelled at the morning high near 2780, dropping towards Friday’s low around 2750, and then consolidating around the intraday lows for most of the day, writes Ricky Wen Tuesday.

Basically, the price action couldn’t get out of the danger zone as it remained below 2770-2780 for the EOD close for the daily W-shape pattern.

Fast forward to the overnight Globex session, where the Emini S&P 500 broke down below key 2745 support. The pressure is to the downside given the daily trend being broken, opening up the much larger downside levels at June lows 2693, 2675, 2620 and 2590.

Daily closed at 2756.75, and currently any bounce that is below 2745 is considered a dead cat bounce given the gap down pressure. This creates the gap down and go pattern that bears want to flush towards the next level at the 2693 June lows. Bulls would need to conquer back above 2745 and then re-take 2760, which would mean that it’s a double bottom versus the prior 2712.25 low from October 11.

The bigger picture W-shape reversal has been blown out given the break below 2745. At best this is just some sort of double bottom that bulls could manage versus the June 2712/2693 level. This means that the big picture is now in shambles with the threat of the prolonged correction phase with the next key downside levels being opened up.

Regardless, the immediate pressure is fairly clear here as it heavily favors the bears when below 2745.  So, if the pressure holds we’re looking to hop on the train if there’s a lower high, lower low setup after the open. A dead cat bounce toward 2730-35 would be quite optimal for a quick short scalp in order to take advantage of the current gap down momentum or it just straight flushes below 2712-2710.

We’ll see how this plays out as it could be a wild day given the levels from past two weeks are currently getting blown out unless a huge stick save occurs.

Below 2745, everything treated as dead cat bounce and bears are being favored here as downside levels have all opened up the 2693 June lows, followed by 2675, 2620, and 2590. Conversely, if above 2745 and then re-take 2760, then it’s a full retracement back above yesterday’s close which means 2712 versus whatever low becomes a double bottom formation. The bearish scenario right now has much higher odds given the gap down and go pressure.

See chart reviews and projections on the S&P 500.