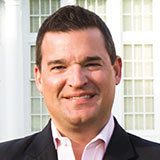 The most liquid sector in the world is foreign exchange and we are going to focus our efforts and research on fx, reports Landon Whaley.

We are continually looking for ways to evolve and improve both how we glean insights from the barrage of economic and financial market data, as well as how we deliver those insights to you. To that end, we are announcing the addition of a new, ongoing, macro theme, which will enable us to express our Gravitational-driven views through the global currency market.

Of the four major asset classes, the currency market is the one with a special place in my heart, and it's my favorite asset class to trade for several reasons.

Second, there is no more liquid market on Earth. According to recent Bank of International Settlements (BIS) data, there is currently $6.6 trillion traded each day in global currency markets. As a point of reference, $84 billion is traded each day in global equity markets; currency markets have 80x the daily liquidity of global stock markets. This level of liquidity allows us to get in and out of positions in the blink of an eye and with minimal slippage.

Third, currency markets trade 24 hours a day, six days a week. And while this can be a double edge sword (which we unpack in a minute), combining the ocean-sized liquidity with no closing time, means you can risk manage your FX position(s) within an inch of their lives. No matter the time of day or night, if an open position hits a risk price or a profit target, you can exit, quick, fast and in a hurry.

And saving the best for last, trading currency pairs is a relative value trade which allows us to profit in three different scenarios rather than just a single, directional outcome.

For instance, if you’re long a market (stock, ETF, commodity, bond), you make money in one scenario, if that market trades higher than your entry price. However, if you’re long the U.S. dollar against the Thai baht (USD/THB) there are three possible scenarios when you can book a profit. First, you can book gains if the USD rises while the baht declines. Second, if both the U.S. dollar and the baht both rise together, but the USD rises at a faster clip. Third, if both the greenback and baht fall, but the greenback falls at a slower pace.

The “Zero FX Given” macro theme is designed to take advantage of Fundamental Gravity differences between two economies that are currently catalyzing a directional move in an extremely liquid currency pair. Each month, we scour 40 economies to find a Fundamental Gravity juxtaposition between two economies that is likely to lead to a substantial directional move in the associated currency pair. We are kicking this macro theme off by focusing on juxtapositions between the United States and South Korea, and between Australia and Japan.

Gladys Knight and the Pips

We will be tracking all currency calls within those economies as well as any related G15 trades we initiate in real-time. That said, tracking the performance of currency trades is slightly different than that of other instruments. Generally, performance is tracked in percentage terms from the opening price to the close. However, with a currency trade it’s not about the percentage move; it's about the “pips.”
For this reason, we will track pips for the FX-related trades, rather than percentage terms.

A final word about performance, this isn’t our first attempt at trading currencies in the G15 portfolio or making currency-related calls. Previously, we’ve traded the FX market using U.S.-listed ETFs. While every single one of our currency-related Focus Market calls and G15 currency trades has been profitable over the last two years, this new macro theme will allow us to show off our full FX arsenal.

We are all big boys and girls here, and while this should go without saying, I’m going to say it anyway. Whether you’re one of our institutional clients or an individual investor, this Surgeon General’s FX Warning is for you.

Currency trading is highly risky and not for the inexperienced or faint of heart.

First, depending on how you trade, there can be an Enron Nigerian barge-worth of leverage embedded in currency trades, which is fantastic if the trade goes your way, but can have you eating Ramen noodles like you’re back in college if you’re wrong.

Second, currency markets trade around the clock. This 24-hour reality means that no matter where in the world you live, or what currency pair you’re trading, there will always be “overnight” risk. If you don’t think this “overnight” risk is real, ask anyone holding a Swiss franc (CHF) position while sleeping on Jan.15, 2015, when the Swiss National Bank announced it would no longer hold the CHF at a fixed exchange rate with the euro. Of course, this is actually a feature because any market will open reflecting what has happened overnight, in forex— if you are an insomniac—you have a chance to react.

Bringing a consistent FX trading component to our research offering is a natural evolution for us. The Fundamental Gravity juxtapositions we are trading this month should get this macro theme’s track record off to a great start. Beyond “Zero FX Given,” we’ve got a full round of monthly updates for our other macro themes, as well as a newly minted “What the Health.” So, without further ado, enjoy this latest monthly edition of Gravitational Edge!