All the increasingly dubious pundits and outright bearish technicians miss something a bit surprising: The bifurcated nature of this market, which if viewed thusly shows the difference between dormant Industrial stocks, versus the FANG type expensive leaders, as clearly defined as a political poll about candidates or impeachment prospects. 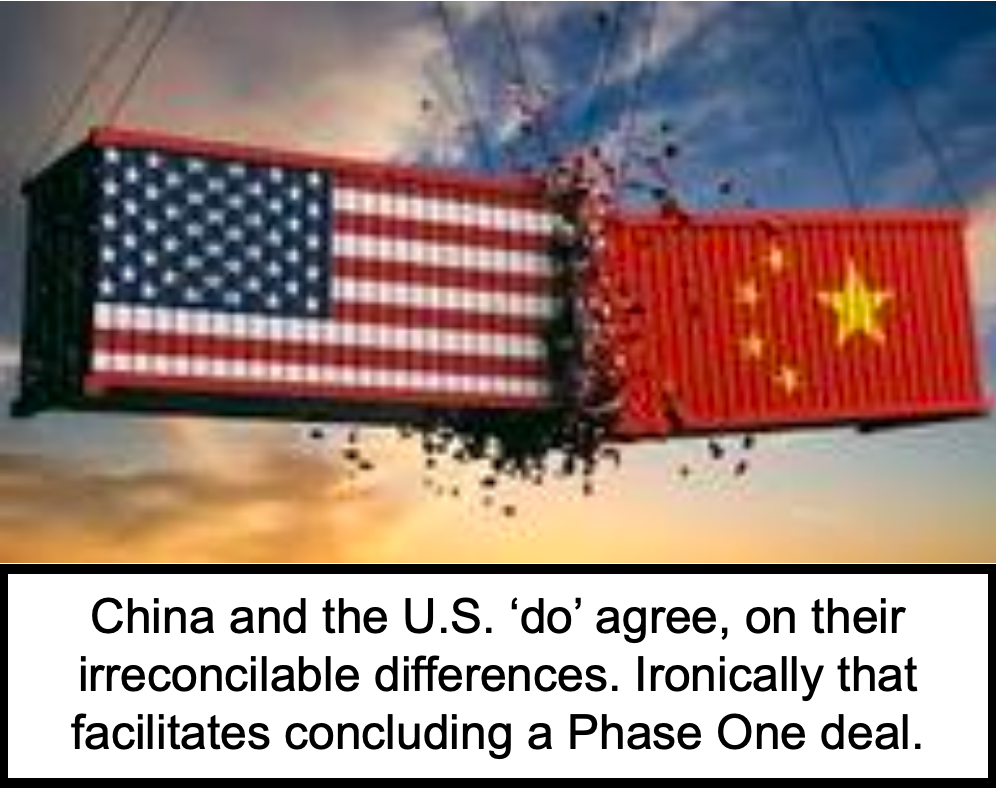 What's somewhat odd about it is that neither the S&P's cap-weighted or structural split, or U.S. political divisiveness, really (at least so far) is impacting equity prospects. What does matter here is getting a deal with China; seemingly illusive, while we do see it coming together this month based on Administration Trade Representative Peter Navarro's comments Saturday morning as well. So, for now the question is whether post-news-spike selling occurs.

That's of course the question. It may depend largely on whether or not the strong S&P 500 has by that time corrected again, or just languishes at high levels, since it is a bit unrealistic to expect it to surge forward at this angle-of-attack for a long time (see chart). 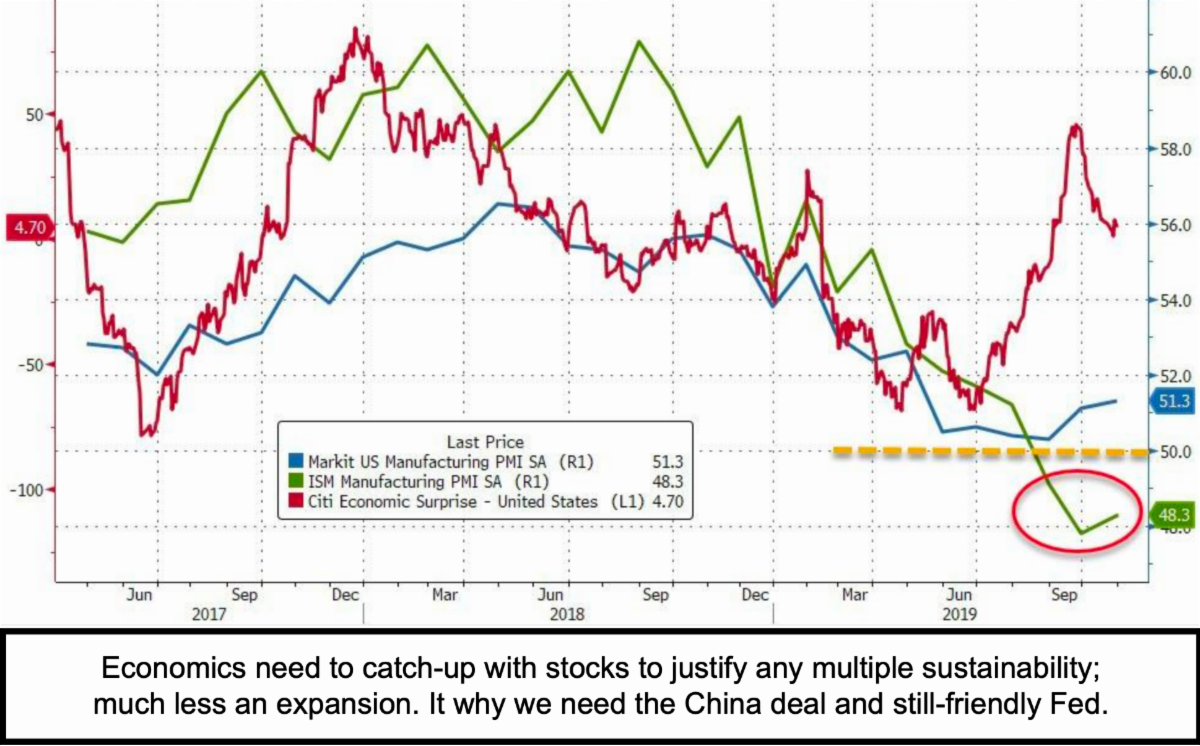 Even the political scene may take a bit of a prolonged pause; given a Federal Judge potentially slowing the brisk pace of inquiry by declining to rule on whether a key witness needed to testify before the House of Representatives. Instead, he gave relevant parties several more weeks to prepare their arguments. That raised a prospect that public impeachment hearings could drag on into the holiday season. That's a scenario many in the Democratic leadership hoped to avoid. 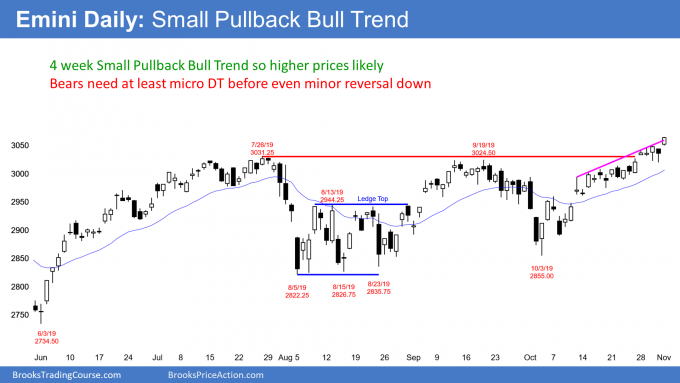 While the bears or even some very skeptical normally flexible managers, have been shorting and fighting the Fed and this market all year (and continue doing so); the S&P 500 has worked higher.

Yes, it may have limited potential near-term; but the TINA (there is no alternative to stocks) viewpoint dominates, dragging capital into higher price levels, which require a (dubious) multiple expansion to justify as profitability continues to diverge from prices.

That worked out superbly then; as did our rolling correction approach following the January spike of 2018, and the crash alert of September; and then the probable cycle-low forecast on the expected implosions that culminated just before last Christmas. Even while calling a couple corrections or shakeouts as well as rebounds this year, we have repeatedly argued against shorting (aside a few particular stocks), because we have said no catastrophe is coming.

We may get a pullback soon, but any first dip should not be significant, unless it was a complete collapse of China talks (and that is unlikely). The beat goes on and my political assessment was really just to emphasize that the market will be more complacent in next year.