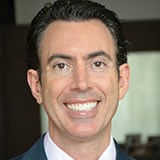 Despite the fact that the biotech sector has faced some setbacks recently, Jay Silverman, editor of Medical Technology Stock Letter, is confident it's only the case of a normal correction.

Steve Halpern: After an exceptionally strong performance over the past year, the biotech sector's been noticeably weak in the past weeks or months. Some pundits have been suggesting that the biotech boom may be over, but you've taken a much more measured approach and have seen this weakness as a normal correction. First, you've looked at the technical factors. What do you see there?

Jay Silverman: Well, since the shock of early October, when the market collapsed dramatically in a couple of days, stocks rebounded, but failed to reach new highs, and that has led to what I call negative momentum.

And, at the same time, there was rotations out of biotechs into other high beta technology stocks, such as the Internet and technology plays; Apple (AAPL), Google (GOOG), and the like, so the momentum players—which are not fundamentalists, but on the way up, are helpful participants—they are in no rush to hurry back into the bios, as the technical charts don't dictate that.

Steve Halpern: Now, you've also noted that the mega-cap biotechs have joined in the latest sell-off. Is that a reason for concern?

Jay Silverman: Yes it is, and those are what I call the mega-caps, which are the most successful in largest companies, by both sales and earnings, and even market cap, held on relatively well in October and it was just like the quality, and as long as they had done.

Well, the group sort of was in good shape, despite the fact the smaller names had imploded very recently, particularly the last few days, because big-caps have, what I call, succumbed to the industry pull-back and when you have the leadership stocks go negative that also adds to the short-term pressure on the group.

Steve Halpern: Now, adding to the negative environment here, you've also pointed to a flood of new deals. How has this impacted the overall market for biotechs?

Jay Silverman: Well, when the biotechs do well—this has been a year when the IPO window has been wide open and nothing's been stronger—then IPOs make fantastic near-term and short-term and immediate gains.

Some of the biggest leaders in that field, and there have been dozens in fields, if not more this year, such as Bluebird (BLUE) and Stemline Therapeutics (STML) and have all pulled back to significantly lower levels; even below, in Bluebird's case, the price that had actually opened up as an IPO, even though it's above its IPO price.

That is usually when the speculative nature of a group sort of starts to really disappear.

Steve Halpern: Despite the recent selloffs, investors still have strong gains for the year. You've mentioned that fear at the current time has overtaken greed. Could you expand on that?

Jay Silverman: Yes, I think, because it's been such a phenomenal year for most biotech stocks in the indices, many investors will be okay with a normal pullback in the 10%, maybe even 15%.

But, as it starts to accelerate, and I think, exceed, let's say 20%, then people start to say, "Wait a second, maybe I'm going to lose a bunch of these wonderful gains in 2013, let me lock in some of these profits now and I'll forgo the rest of the year."

Valuations have been stretched a while, so I believe that is clearly one of the drivers of the recent pullback, is that people got a little bit scared after a while and saying, "Oh no, I don't want to give back that much."

Steve Halpern: While you've seen a number of factors that have led to weakness, you don't believe that these are sector-wide fundamentals that would actually be changing your bullish outlook for the sector.

Jay Silverman: Not by any stretch. The leading companies have had a phenomenal year with new drug launches, and sales and earnings, all beating expectations and raised guidance of late.

In fact, the last quarter—by almost all of them—was excellent. The FDA has been incredibly accommodative and, in fact, approved the Roche (RHHBY) drug last week, on what's called, breakthrough therapy and accelerated review.

However, there are a few cracks out there, where, for example, Ariad's (ARIA) drug was removed from the market, which is part of the FDA's accelerated approval programs, and then some competitors that were unexpected of late, for example Merck (MRK) coming into the Hepatitis C space, and even Biogen's (BIIB) flagship multiple sclerosis drug sort of flattening out a bit.

There's a couple of reasons that, if people who are already trying to lock-in profits, and are a little bit nervous, that would give them a reason to sell in the very short-term, but overall the fundamentals of biotech have never been better.

It's just that after a huge, huge rally, and we've had one, and the generalists get involved and the technicians sort of see the stocks peaking. Some of the smarter, more sophisticated investors, who are usually in earlier; they're also apt to sell stock when the expectations get a little bit too high.

We've seen a good pullback in the stocks, but there's no question that the fundamentals of biotech continue to be very, very strong.

Steve Halpern: Would you be kind enough to maybe share a few names that investors should look at, as we move towards year-end and you think some of these negative factors might dissipate.

Jay Silverman: Correct, so I think stock selection is key in biotech and we have, at the Med Tech Stock Letter, a basket of what we call core names, which have had truly transformative years, in both new products and accelerated outlooks in sales and earnings.

And that would include Alkermes (ALKS), Incyte (INCY), ISIS Pharmaceutical (ISIS), The Medicines Company (MDCO), Novavax (NVAX), and Pharmacyclics (PCYC).

Both Novavax and PCYC have their earnings calls today after the close, which Pharmacyclics will be going over the hash abstracts, which were released at 9:00 AM this morning, again, supporting their breakthrough drug, Ibrutinib, which is awaiting FDA approval.

So, we have more good news coming at the end of today, and usually the smart investors, who are sort of the faster money, they do tend to have periods of profit-taking, but they also, as you know, gain their fees on year-end performance, so they do have powder dry running into the new year.

Steve Halpern: Overall, for longer-term investors, you would view this current weakness as an opportunity to be building positions?

Jay Silverman: Absolutely, especially now that the pullbacks have been meaningful in most cases, and we know, we have two major blockbusters going to be approved, at least certainly Gilead's (GILD) drug by December and hopefully PCYC before the ASH meeting in early December, and that's usually the major driver of biotech stocks over time, the introduction of blockbuster drugs.

Steve Halpern: Thank you for joining us today. We appreciate your insights.

Jay Silverman: My pleasure. Thanks, Steve.