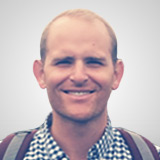 Drive Shack (DS) is my newest recommendation; its traditional and entertainment golf businesses are set to boom in 2021, asserts Richard Howe, editor of Cabot Micro-Cap Insider.

Given substantial recent cost cuts, operating leverage should drive earnings growth in 2021 and beyond. In recent years, Drive Shack’s business plan has been to sell off its golf course ownership to free up capital to invest into its Entertainment Golf segment which segment consists of Drive Shacks and Puttery Venues.

The Puttery is the company’s new business focus. Drive Shack will initially open two Puttery Venues this summer (in Dallas, Texas and Charlotte, North Carolina). The Puttery is a modern take on mini golf.

Each location will feature a series of tech-enabled miniature golf courses anchored by bars and other social spaces and exceptional food and beverage offerings that will serve to create engaging and fun experiences for guests.

The appeal of Puttery Venues is they are less expensive to create, and management believes they will generate very attractive returns on investment. The company’s plan is to open/nearly complete seven Puttery Venues in 2021 and 10 more in 2022.

Since 2019, the traditional golf business has been a secondary focus for Drive Shack. At the time, the company announced that it would sell the 26 golf courses that it owned but keep the lucrative and higher margin management contracts associated with its golf courses.

As of December 31, 2020, Drive Shack has successfully sold 25 of 26 owned golf properties for a total aggregate sales price of $204.2 million. The proceeds have been used to fund construction of new Drive Shack Venues.

Recently, due to the pandemic and increased interest in outdoor activities, there has been a resurgence of interest in golf, and this has benefited the traditional golf business in the second half of 2020 and will continue to be a tailwind in 2021.

Drive Shack Venues are the perfect post-pandemic activity. Their open air, outdoor layouts provide guests with an ideal setting for safe socializing. The bays function as private suites, allowing each group their own defined, segmented space with physical barriers between groups.

Given the fast rollout of the vaccine and low risk of contracting COVID outside, it looks probable that Drive Shack Venues will experience strong growth in 2021.

On its most recent earnings call, Drive Shack said that it is offering online single-bay reservations for all of its locations and is seeing a positive response from customers. The company also launched 2-Bay reservations last September to encourage small event bookings across all Venues.

Finally, Drive Shack has rolled out team and single player tournaments and games, which increase engagement and spending per visit. Drive Shack will iterate on games as it learns from each event how to make it more engaging and profitable.

I’m not sure which of these initiatives will have the greatest impact. But the point that I’m trying to make is that this company is constantly testing new initiatives to improve the customer experience and strengthen profit margins. Given the many tailwinds this year, I’m modeling over 162% revenue growth for Drive Shack Venues in 2021 to get to $66MM.

While 162% growth appears lofty, it’s important to remember that the company expects each Drive Shack Venue to be able to generate $15MM to $25MM of revenue at peak capacity. Thus, peak revenue should eventually approach $80MM from Drive Shack’s four Venues alone.

Further, two Puttery Venues will be launched by this summer. Each Puttery Venue is capable of generating $9MM (midpoint of guidance) per year. As such, we should see strong revenue upside in 2022 and beyond. The idea behind the “Puttery” Venues is to develop an indoor, small-format, technology-enabled putting venue with great food.

Initially, the reason that the company rolled out the Puttery concept was because they are much easier from a development perspective because they are smaller (15-25K square feet vs. 50-60K for a Drive Shack Venue) and there are thousands of potential sites available across the country. The permitting process is no different from permitting a drug store or clothing store.

Finally, and most important, the economics are attractive. While Puttery Venues will generate less revenue than Drive Shack Venues, they cost less to construct and thus are expected to generate a higher return on investment.

By the end of 2021, the company expects to open 17 Puttery Venues (along with one Drive Shack Venue).

If an investor pulls up the financials of Drive Shack, it’s not a pretty picture. One would see declining revenue and evaporating shareholder equity. However, the future looks quite bright for both the Traditional and Entertainment Golf segments and for the company as a whole.

With micro-caps, insider alignment is critical to ensure that the management team and the board of directors behave like owners.

In the case of Drive Shack, we are well aligned as Wesley Edens, co-founder of Fortress Investments, owns 10.1% of the company and recently bought 672K shares in a secondary offering to fund construction of the Puttery Venues in 2021. In total, directors and executive officers own 16.3% of shares outstanding.

At its current valuation, Drive Shack’s share price gives minimal value to the strong upside potential from new Puttery Venues. Finally, alignment is high as management and directors own 16.3% of shares outstanding and have recently bought in the open market. My price target of $6 per share implies over 100% upside.