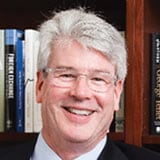 The G7 is all about rates even as they seem to be overdone. The British pound (GPB/USD) and Swedish krona (SEK/EUR) suffer the most overnight with most of Europe closed. The US ISM and the FOMC are the next big issues as we all look for larger moves, writes Bob Savage.

Holidays in most of Europe, China, Hong Kong and Singapore leave liquidity thin.

The U.S. dollar (USD/EUR) move up in April has legs into May. But this is more about risk-off than risk-on. The oil bid unwinds a bit even with Iran replacing Korea as the focus on geopolitical fears  – particularly after the Israel Netanyahu speech Monday.

The rate watch higher for the U.S. continues with the FOMC meeting today and tomorrow but 3% 10-year seem less special and the short bond position overdone.
Given the host of nations on holiday, liquidity is light and mood for risk fragile even if it’s a new month.

Overnight, the President Trump extended the exemption on steel and aluminum tariffs for the EU, but they remain in effect on China, Russia and Japan.
Italy fails in the fourth attempt to form a government, increasing the risk for a repeat election.

In fact, the RBA makes it clear that its happy to wait, the ECB/BOJ did the same leaving the rate hike risks outside of the U.S. to emerging markets facing weak forex and sticky inflation pass through.

**
Friday commentary: The post 2008 crisis is now 10-years unwinding and we are in a similar place as T.S. Eliot was in the post WWI era with a zeitgeist bringing cynicism and disillusionment over society, government, finance and policy, particularly in the West.

There is a sense of gloom even as economic recovery continues and even as geopolitical concerns ebb. The hope for a renewal in confidence with global coordinated growth extending from 2017 to 2018 has been a key focus for policy makers and investors.

The FOMC talks of four hikes in 2018, the ECB promises to end its QE, the BOJ thinks about what an exit would look like to its policy. The IMF WEO last week, with its April update, remained upbeat.

Trade outlooks for the world remain better despite ongoing fears about tariffs, trade spats leading to larger issues, cold war conflicts in Syria, Yemen and hotpots like the South China Sea, the Irish/UK border and the Crimea.

World trade has expanded in lock step with the prices of commodities reflecting global demand.

The April Track Research Idea dinner brought together a great group of analysts, portfolio managers and investors to discuss the major themes facing markets.
The mood in the room was upbeat on risk, even as the tail risks were described as a “layer cake” of fears. The break of correlations between asset classes was a key focus as was the rise of volatility and what that meant for trading in 2018.

The reaction function of the FOMC and other central banks was clearly in play along with the stark contrast of North Korea peace summit hopes against the rapidly devolving Iran nuclear deal extending in May.

The ebullience of the room rested on the view that higher oil prices reflect higher global demand and that the U.S. rates going up are similarly reflecting better global growth.