Stay away from homebuilders. As long as earnings continue to expand elsewhere, as they have been, housing woes should not harm the still-favorable investment climate, writes Marvin Appel. He's presenting at MoneyShow Toronto Sept. 15.

S&P Core Logic reported last week that U.S. home prices rose 6.2% from twelve months ago as of June 30.  Although this is a smaller increase than the 6.4% increase reported as of May 31, home price inflation is still outpacing income growth. In addition, rising mortgage rates deal homebuyers a double whammy in terms of making homes less affordable.

The sharp rise in home prices in recent years has not been accompanied by an increase in the supply of new homes.  Rather, housing starts have been fairly stable over the past three years and have been falling in recent months.  Similarly, pending home sales have also been falling consistently in 2018.

This all points to a crisis of affordability; homes are becoming more difficult to afford so demand is falling as prices rise. Unfortunately, this is not benefitting anyone.

Home building stocks are weak even as prices rise, in part because the costs of building a home are also rising, leaving little room for price reductions. According to the National Association of Home Builders, investment in new and existing single and multi-family housing accounts for 3%-5% of GDP, so stagnation in home building and home sales should have only a modest effect on the broader economy.

Home prices are rising faster than incomes or rents.

Interest rates hit their low in mid-2016. They jumped strongly after the 2016 election and have made another leg higher this year.

Mortgage rates are now at their highest since 2011.

As a result of both higher prices and higher rates, home prices are becoming increasingly unaffordable.  In the chart below, down payment affordability is just the ratio of median household income to home prices relative to the ratio at the start of the data series (red line). 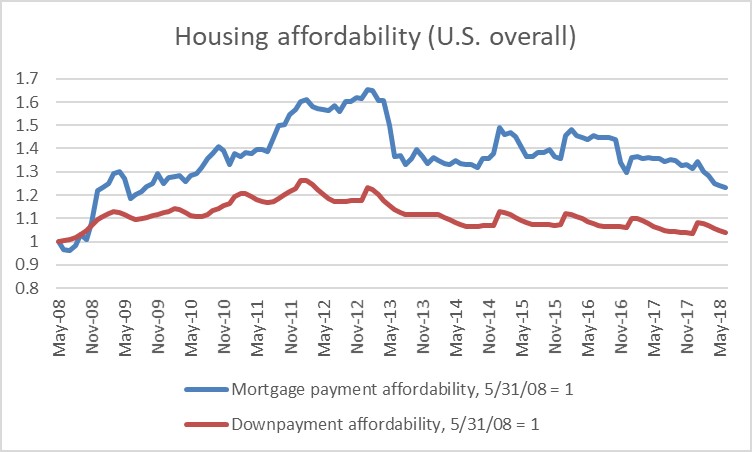 This is at its lowest level ever. Mortgage payment affordability is the ratio of median income to a monthly mortgage payment calculated based on 30-year fixed rates, again relative to conditions at the start of the data. 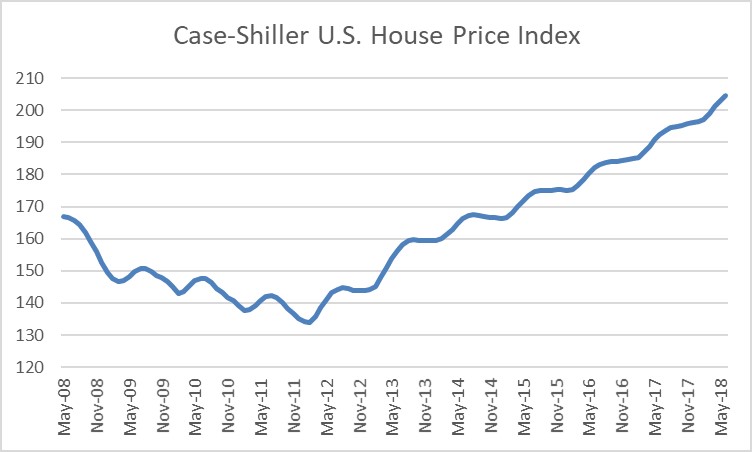 The chart above shows the Cash-Shiller House Price index, which has been rising briskly since early 2012.

2012 was a boom year for homebuilders, with their stocks up 57%, represented by the SPDR S&P Homebuilders ETF, (XHB).

Since then, however, they have overall lagged the S&P 500 but at least remained profitable until this year. Starting in 2015, lumber company stocks rose faster than homebuilders and faster than the S&P 500, reflecting increasing lumber prices that are a major expense for building houses.

Lumber companies, however, are up almost 12%. Lumber companies are represented by the iShares Global Timber and Forestry ETF (WOOD). The chart shows the divergence in 2018 between WOOD and SPY (both up) and XHB (down). 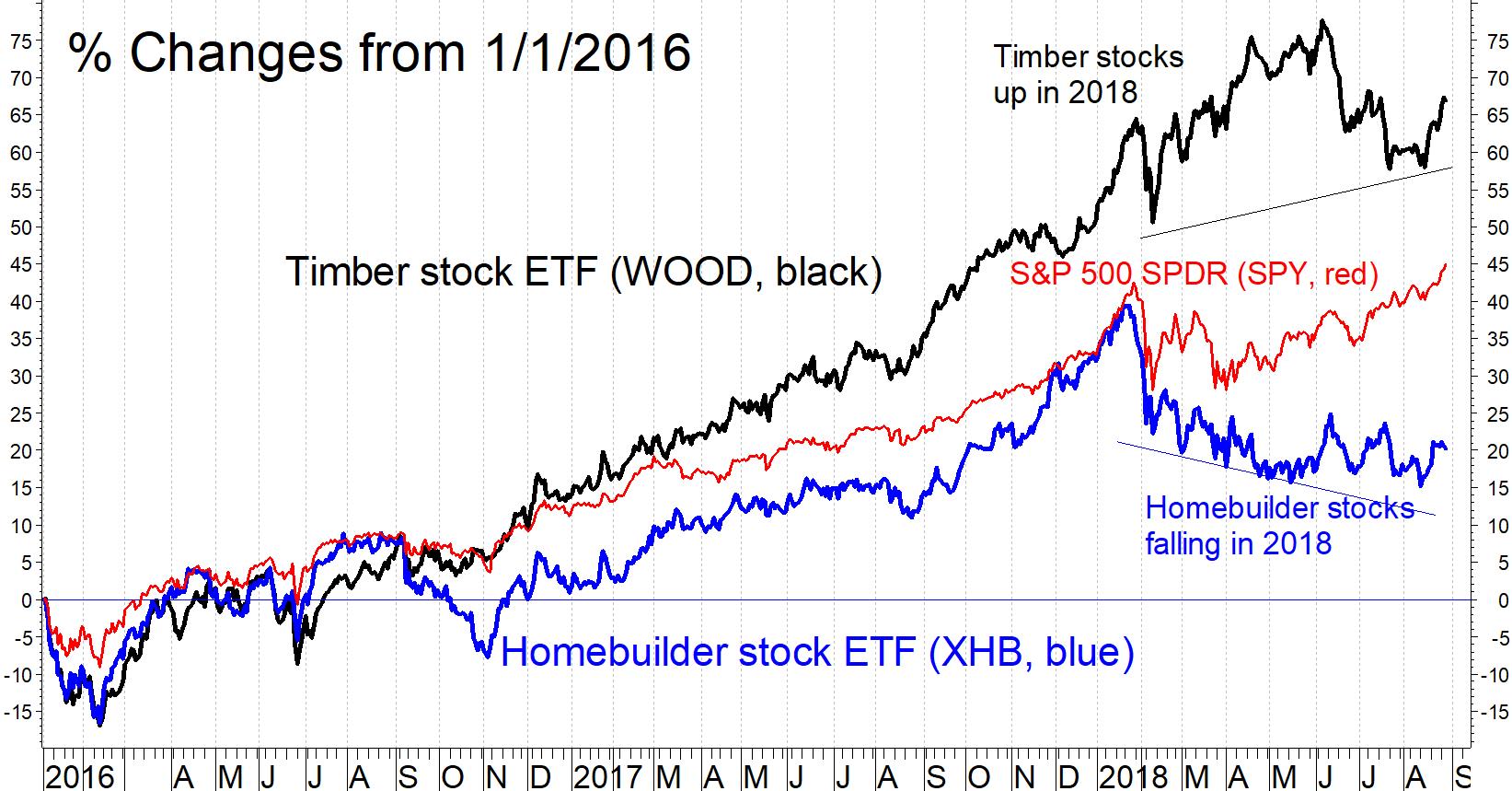 Difficulty in affording homes will act as a drag on this sector. Indeed, the chart below shows that the 58-year trend (from 1951-2009, source: St. Louis Federal Reserve) in which outstanding mortgage debt grew faster than the economy has come to an end.

Stay away from homebuilders. A sign that the shakeout will have been complete would be when WOOD also capitulates. Fortunately, the broader economy remains healthy and people are finding employment in other sectors, as evidenced by the low rate of unemployment and of new claims for unemployment insurance.

As long as earnings continue to expand elsewhere, as they have been, housing woes should not harm the still-favorable investment climate.